Most Arizona Voters Will See School District Bond, Override Issues On Their Ballots This Year. Here's What They Mean 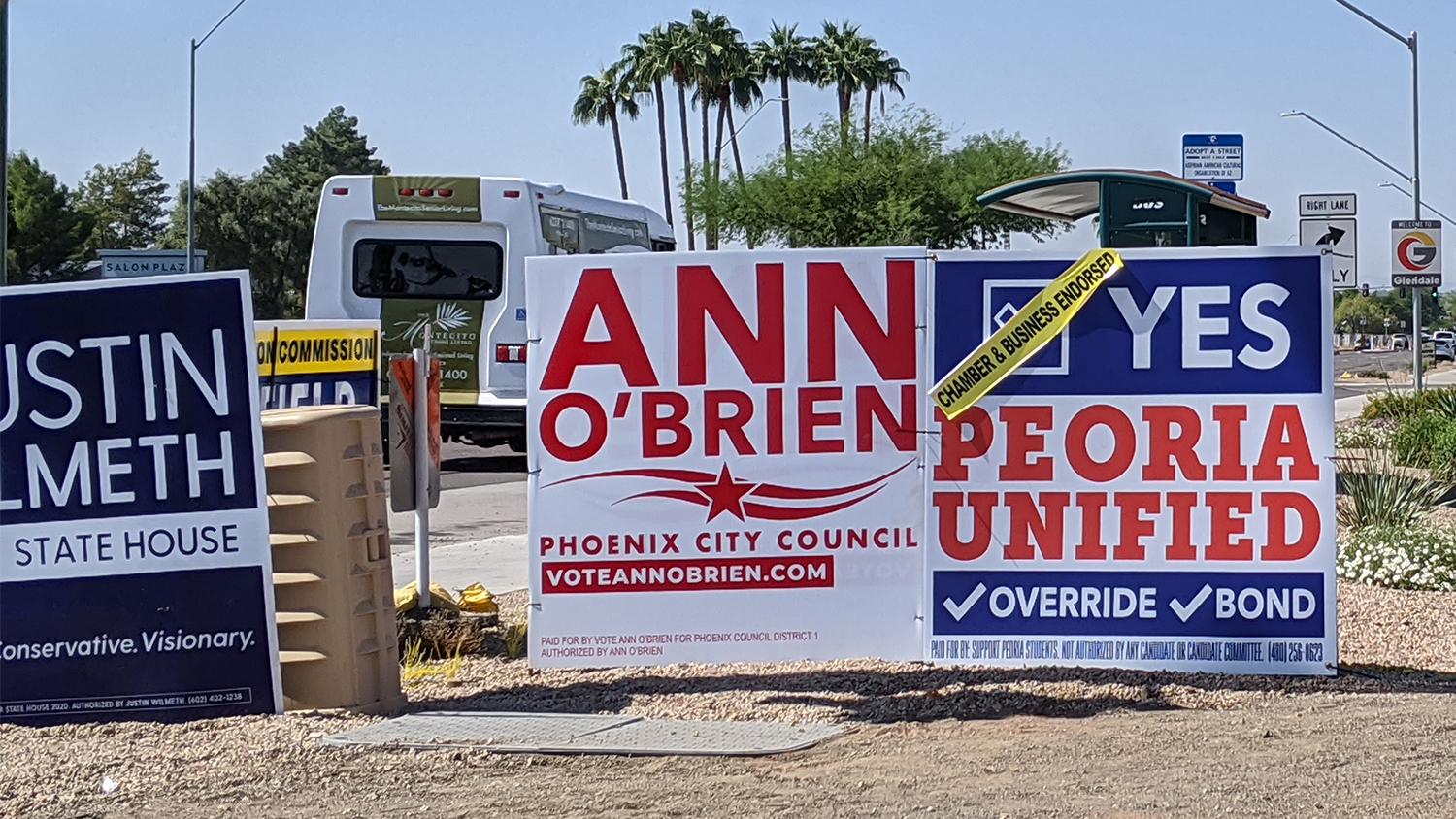 Sky Schaudt/KJZZ
A sign for a Peoria Unified School District bond and override on a corner in Glendale on Oct. 12, 2020.

While the presidential election and the race for the late Sen. John McCain’s Senate seat dominate the headlines, Arizona voters will also see a number of local races for school board seats and school district bond measures. One group wants to educate voters on education.

“These races are so critical to what’s going on," Aguilar said. "And also because we’re depending on the CARES act, I believe that every dollar that comes into our state, into our school district is so important, since our state, unfortunately, hasn’t funded education adequately.”

In Maricopa County, voters will fill more than 150 school board seats, and several school districts have bond measures and overrides that will appear on the ballot.

Many voters were unsure of what bonds and overrides meant for their school district, and Arizona pollster Paul Bentz gave attendees a quick primer.

"Bonds and overrides are not the same thing," Bentz said.  "Bonds are for buildings and buses: for (districts) to build facilities, for them to renovate facilities, for air conditioners and those things. Items that will last longer than five years. Also, you can do technology or equipment, and it can be paid over time."

"Overrides for people and programs," Bentz explained. "A maintenance and operations override, or an M&O, a Special override which can be for full day kindergarten, PE, or art, or Capital (overrides), which is for furniture, technologies and vehicles — things that may not last more than five years."

Aguilar discussed how a recent override passed in her district helped ensure students and teachers had access to technology as schools shifted into remote learning in the spring.

"We've been able to utilize the funds to buy computers for those of us who didn't have one-to-one technology," she said. "It was so important to have those funds because no one was prepared for the pandemic, nobody knew it was coming. It allowed us to purchase, whether it was computers, laptops, or mobile hot spots, whatever it is we needed at the time."

Many school district elections are held in odd-numbered years, where very few voters actually vote. In 2020, which by all accounts will be a high-turnout year, and a year in which record numbers of people will vote from home, Aguilar said she wants people to take the time to understand each question on the ballot, and each candidate for school board seats.