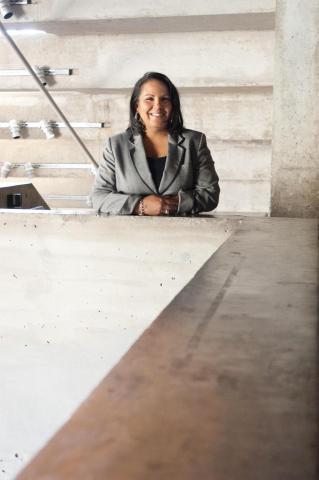 The president and CEO of the Arizona Science Center for the past 15 years is leaving to head a major U.S. museum. She will be the first Black woman to hold the position there.

When Chevy Humphrey joined the center 22 years ago, it was entering its sophomore slump and struggling to find its place in the community.

Through her six different jobs, from marketing to CEO, she said she's learned how to fine-tune the business.

But climbing out of debt took an experiment of her own: a year of opposites.

"I changed because every decision I made was turned around and different. Then the team started changing, and then we started doing business differently," she said.

During her 15 years as CEO, the center built equity and tripled attendance by offering exhibits focused on telling stories and making visitors feel involved.

It added the 6,500 square-foot CREATE makerspace, acquired two nonprofits for community programming and build a new lobby that complies with Americans with Disabilities Act guidelines. The center also brought traveling exhibitions such as "Body Worlds," "Pompeii: The Exhibition" and most recently "Victoria the T. rex."

But Humphrey says she is proudest of the center's efforts to bring science to underrepresented schools and communities.

"We have programs where we send our educators out. We have after-school programs. We have STEM clubs. We also have special programs that we tailor for the classroom or the school or the district," she said.

After her time at the center ends Dec. 31, 2020, Humphrey will move to Chicago, where she will become the first woman and Black American to lead the Museum of Science and Industry.

For Humphrey, it will fulfill a longtime dream.

"I achieved that dream. And I hope I can serve as a role model for others that, if you put your mind to it and you have a dream, you can accomplish it."