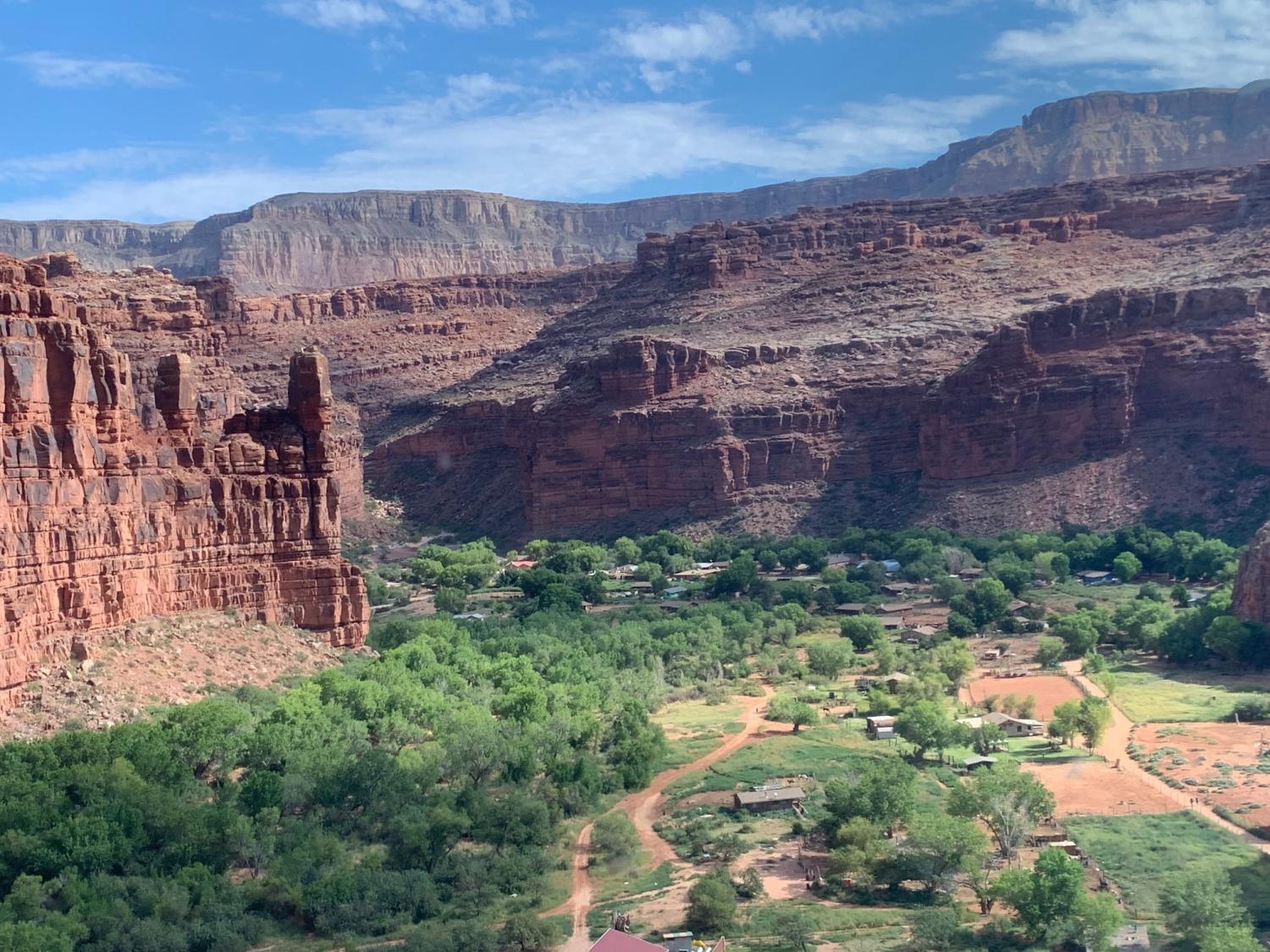 Laurel Morales/KJZZ
About 450 Havasupai live at the bottom of the Grand Canyon.

Members of a small Arizona tribe have reached an agreement with the federal government to partly resolve a lawsuit that sought widespread reform in the agency responsible for educating Native Americans.

Attorneys for Havasupai parents and students say the agreement reached in late September will help thousands of Native Americans who attend U.S. Bureau of Indian Education schools across the country.

A federal court had already determined that the bureau violated its duty to ensure access to special education, therapists and mental health services, including for trauma and childhood adversity. The agreement means a trial that was set to begin in November to consider the remedy for the violations won't happen.

“They weren't providing services for my kids, and they kind of dismissed them,” the mother of three students who are identified in the lawsuit by only their first names told The Associated Press. “I thought all of the kids could be struggling with the same thing, and I wanted to make sure that BIE was held accountable."

The Bureau of Indian Education did not respond to emails requesting comment. The federal government has said the challenges at Havasupai Elementary School, which lies on the tribe's reservation deep in a gorge off the Grand Canyon, are unique and difficult — if not impossible — to overcome. The reservation is accessible only by foot, mule or helicopter.

Alexis DeLaCruz with the Native American Disability Law Center said the case is a landmark one for educational civil rights on behalf of Native Americans.

“When it was originally filed, it was the first time a group of students and their families stood together with the Native American Disability Law Center to address the wholesale denial of educational opportunities for students attending BIE schools," said DeLaCruz, an attorney for the plaintiffs. “In that sense, it's rare.”

The Bureau of Indian Education oversees more than 180 schools in nearly two dozen states but directly operates less than one-third of them, most of which are in Arizona and New Mexico. Havasupai has long been one of the lowest-performing.

The agency didn't admit fault in the agreement that requires it to incorporate a federal disability civil rights law into its manual. Independent monitors would ensure the agency complies with the agreement for the next three years.

The agreement also provides a clear path for parents or students to lodge complaints that could result in corrective action plans.

“We will continue to support the families as they seek to hold the federal government accountable to its promises and obligations to provide education to our children,” Havasupai Vice Chairman Matthew Putesoy Sr. said in a statement.

A dozen current and former Havasupai Elementary School students also will have $20,000 each set aside for compensatory educational services. One has said he wants to be a lawyer.

“It doesn’t make up for what he was not offered during his (elementary) educational years,” the mother said. “He wasn’t allowed that ... and it angers me."

Havasupai children have no option to attend school beyond sixth grade on their land. Students who are sent off the reservation unprepared sometimes get frustrated, quit and return.

The settlement agreement doesn't affect two counts in the lawsuit that allege the Bureau of Indian Education failed to provide basic education. A federal judge in Arizona dismissed those claims in December, saying the plaintiffs didn't identify a distinct agency action to challenge. The plaintiffs plan to appeal.

Most Havasupai elementary students are doing a mix of in-person and remote learning amid the coronavirus pandemic. But the school still struggles with internet access, staff shortages and turnover, and providing education in subjects beyond math and reading.