The presidential election may be difficult to look away from. But state legislators are jockeying for seats — and power — that are much closer to home.

Arizona is now considered a battleground state where polls show former Vice President Joe Biden holds a slim lead over President Donald Trump. That means state Capitol observers are asking a very familiar question — a question that’s been asked since at least 2016: Is this the year Democrats take control of the state Senate or the House of Representatives? Could they take both?

Some insist it'll be both. Others say it's Republicans' year to lose. And still others aren't bothering with speculation.

“I’ve been let down a lot, but this is the closest I’ve ever seen us get," says former state Rep. Ken Clark, a Democrat from Phoenix. "I mean, this, this looks more real than I’ve ever seen it.”

Lorna Romero, a consultant working with the Republican Legislative Victory Fund, disagrees: “I think Republicans will be victorious in November in maintaining their majority, but it’s going to be a hard-fought battle.”

And Reyna Montoya, founder and CEO of the nonprofit Aliento, says this year’s up for grabs but won't say much beyond that.

“I think that I learned in 2016 not to make predictions about what’s happening," she says.

The general consensus is that Democrats stand a better chance of taking over the House than the Senate.  And that’s not just speculation. That’s math.

There are currently 31 Republicans and 29 Democrats in the state House. Democrats flipped four seats in 2018. That’s frustrated Republicans in a chamber that operates on party-line votes.

The Senate is a bit different. Right now, Republican senators outnumber Democrats 17 to 13. Picking up three or more seats to take the majority won’t be easy.

Romero says the Republicans facing competitive races are well-known candidates in moderate districts: Sen. J.D. Mesnard in legislative District 17, in Chandler, who is up against Ajlan Kurdoglu; Sen. Paul Boyer in District 20, in Glendale, who is being challenged by Douglas Ervin; and Sen. Kate Brophy McGee in District 28, which covers parts of central Phoenix and Paradise Valley, where Christine Marsh is putting up a fight.

But Romero says those challengers may lean more left than those moderate voters are willing to go.

“You know, there’s moderate Republicans that are willing to vote for a Democrat, but it has to be a very moderate Democrat," she notes.

But she says conservative voters aren’t just going to blindly vote for Republican candidates either.

Basically, no voter can be taken for granted.

The same goes for Democrats and the voters they’re counting on to turn out.

They worry more about those things than about the battle for legislative control — even if that battle reflects on the Legislature’s agenda.

Left-leaning groups have been waiting not-so-patiently for their moment. If Democrats do seize control at the Capitol, former Rep. Ken Clark says their voters will have high expectations. 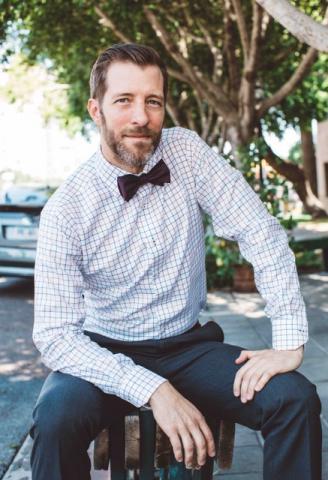 “They’re going to want a lot of things. And the leadership, whoever it is, is going to have to decide what their priorities are," he says.

Before they can deliver, they’ll have to figure out how to run things smoothly. That may be easier said than done for Democrats who have largely been left out of the process. That’s a reflection of the animosity Republicans have shown Democrats, particularly since 2016.

What will happen if — or when — the tables are turned?

Democrats could take control of the House but not the Senate. They could take both chambers and still face Republican Gov. Doug Ducey and his veto power. They could end up with no control at all — again.

Whatever happens, legislators will have to find a path forward.

“If people on both sides don’t figure out how to work together, it’s just going to be a difficult two years leading up to the next big election that we’ll have.”

That’s just it, isn’t it: There’s always another election.