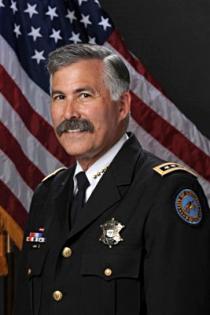 Chief Alan Rodbell said he will be retiring on December 1, 2020.

Rodbell was a police officer in Maryland for 25 years before coming to the Scottsdale department in 2002. He has served as Scottsdale Chief of Police since 2003.

In a statement, Rodbell said he was retiring to pursue an opportunity in the private sector.