Voting With Disabilities: Can People Diagnosed With Dementia Vote?

People with dementia have the right to vote. But sometimes, this population needs extra support to cast their ballot. There’s a new guide out to help voters who have certain cognitive impairments.

Last month, the American Bar Association and the University of Pennsylvania’s Penn Memory Center dropped a new guide for helping voters who have cognitive impairments, including dementia. Because yes, even people with Alzheimer’s disease can vote, in most instances.

"So I think that people don't really understand that people living in the early stages can have a very high degree of intelligence and ability and even insight into current events and apply that to voting," Dougherty said.

And she says that stigma can even extend to those in residential settings.

"Often it's the staff who might be making calls as to which resident they believe has capacity. And I think that's really unfortunate, because they hear the word dementia and apply inability rather than ability."

Which makes a dementia voting guide like this one especially useful. 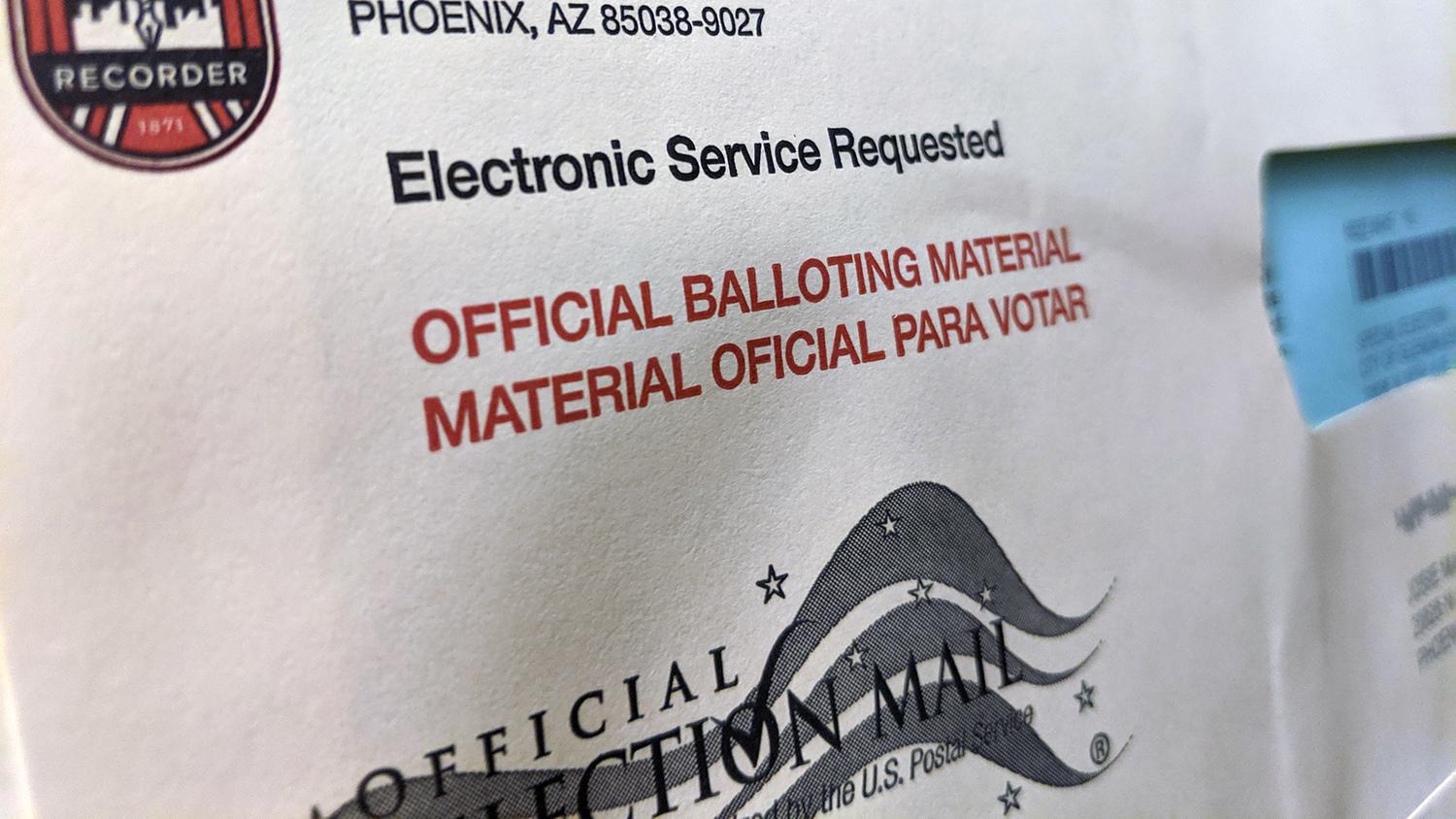 LAUREN GILGER: And now let's turn to the final conversation in our series on The Show this week delving into the challenges faced by the disability community when they go to vote. Today, we take a closer look at dementia and who's allowed to vote and who's not in this country. Nearly six million Americans are living with Alzheimer's disease — that's according to the Alzheimer's Association. It's the most common type of dementia. And many of those people can still vote. Joining me this morning to talk more about voting and dementia is KJZZ's Kathy Ritchie, who has been looking into this for us. Good morning, Kathy.

GILGER: So I have to say, I hadn't even thought about this when we first started talking about this topic in this series this week. And of course, you wouldn't lose the right to vote simply because you've been diagnosed with some form of dementia.

RITCHIE: No. Just like you don't immediately lose your driver's license. Obviously stigma is a huge factor, and with dementia, it's much easier to see the disease and not the person. So, you know, we sometimes see that with people who have an intellectual or developmental disability. And these are individuals who in most cases, cases are capable of voting and have every right to vote but may need some support. I talked to Jan Dougherty about this. She's a dementia care consultant.

JAN DOUGHERTY: All dementias are not the same. And it's really important that we think about a person living in the early stages of a condition that is affecting memory and thinking. It might affect memory by not thinking and reasoning and their ability to understand, for example, perhaps a proposition that they care greatly about.

GILGER: So does there come a point, Kathy, when a person living with dementia can no longer vote?

RITCHIE: Yes and no. But I'm going to start with a no. A diagnosis of dementia, regardless of what stage that person might be in, does not disqualify you from voting. Here's Dougherty again.

DOUGHERTY: In many ways, I think we hold the person with cognitive impairment to a higher standard of their ability to cast a ballot than we do the general public who can be likely equally uninformed or ignorant about certain facts. So I think one is when perhaps the person living with dementia even stops talking about it, shows no interest, repeatedly forgets that this is an election year, seems to be somewhat apathetic, showing very poor insight into the state of affairs. I think those are often guiding principles that tell us this is probably a time that the person no longer needs to vote.

GILGER: OK. So a family member could make that determination if the individual appears to become sort of apathetic to the process?

RITCHIE: Yes, but there is a caveat. If that person wants to vote, they must be allowed to vote. I talked to Bridget O'Brien Swartz about what happens if someone is, say, deemed incapacitated in the context of a guardianship situation. She's an elder care attorney with Dyer Bregman & Ferris here in town.

BRIDGET O'BRIEN SWARTZ: But even in Arizona, we have a provision that in those instances, if you can demonstrate by clear and convincing evidence that despite your legal incapacity, you still have an interest in and understand politics and want to engage in politics or continue to vote, then you can retain that right in those instances.

GILGER: Kathy, what about poll workers? Are they trained to work with and support people with dementia or an intellectual or developmental disability, for that matter?

RITCHIE: You know, my understanding is that they should be. So whether the training is going on or sufficient, I can't say. I think we hear more about the challenges facing individuals with physical disabilities. So, for example, something like curbside voting. But the American Bar Association Commission on Law and Aging and the University of Pennsylvania's Penn Memory Center recently dropped a new guide for helping voters who, who do have cognitive impairments.

GILGER: Can you give me an example of what a poll worker might encounter?

RITCHIE: Yeah. So say a voter comes in and they ask you who's, who they should vote for. The guidance makes very clear that the individual's free to vote for whoever they want. And a poll worker should absolutely not attempt to influence their preference. The guidance also includes language for the poll worker. So, for instance, you could say something like, "The choice is yours, not mine," etc.

GILGER: All right. That is KJZZ's Kathy Ritchie joining us to talk about dementia and voting on today's show. Kathy, thank you so much for your reporting on this.

RITCHIE: Thanks, Lauren. I appreciate the time.