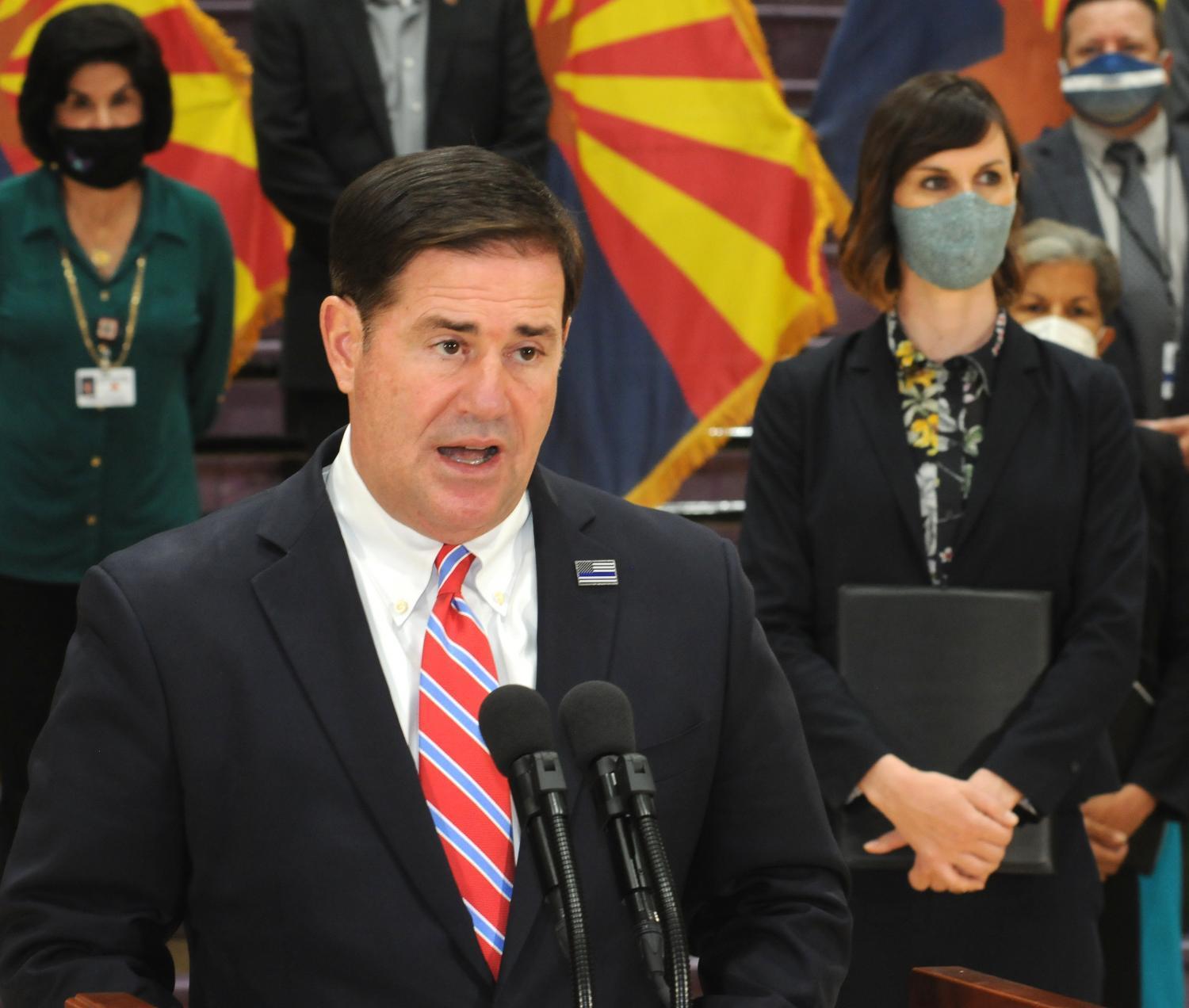 Howard Fischer/Capitol Media Service
Gov. Doug Ducey says students' mental health is a big concern in Arizona where suicide is the leading cause of death for youth ages 10 to 14.

When schools were forced to close this spring due to the COVID-19 pandemic and shift to distance learning, Shiloh Wheeler, a school counselor at the Thatcher Unified School District in eastern Arizona, sent out surveys every week or two to see how her high school kids were doing.

Thatcher students were able start the new school in person on Aug. 17. Wheeler said a lot of students were happy to be around their friends again, but she stills sees an underlying feeling uneasy or fear among them.

Shiloh Wheeler
Shiloh Wheeler, a school counselor at Thatcher Unified School District in eastern Arizona, says she's seen students nervous about all the unknowns during the COVID-19 pandemic since the school year began.

Wheeler thinks the stress students are feeling is caused by all the unknowns: fear the virus, how long will in-person classes continue, will students have to go back to distance learning again, is it OK to interact with friends and talk with them in the hall, give them a high five.

Counselors at other Arizona schools are seeing increased levels of stressed and anxiety among students, said Sarah Skemp, chair of the Arizona School Counselors Association. She's also seeing this within her own school, Lake Havasu High School, in western Arizona. Unlike Thatcher schools, her school district is still teaching students remotely.

Students’ mental health is a big concern in Arizona and state officials worry that the pandemic could exacerbate the problem. The issue was highlighted by Gov. Doug Ducey at a recent press conference. Suicide is among leading cause of death among children ages 10 to 14 years old in the state, he said.

Ducey cited a recent study in the American Medical Association journal that found that Americans reporting symptoms of depression increased threefold compared to before the pandemic. He said the Centers for Disease Control and Prevention found the percentage of adults reporting thoughts of suicide in the past 30 days rose to more than 1 in 10, an increase of more than double compared to two years earlier.

"These aren't just statistics, they represent people in our lives: our parents, our kids, our friends, our neighbors and our coworkers," Ducey said. "Many of them are struggling during this time of increased isolation and heightened stress and we must be there for them."

Before the pandemic, in a 2019 Youth Risk Surveillance System survey, Arizona high school students were asked how they had felt in the past year. Over 40% said they had felt so sad or hopeless for a period of two weeks or more that they stopped doing some usual activities, higher than the national estimate of 36.7%.

In that same survey, 21% of these high schoolers said they had contemplated suicide; 16% had made a plan; 10% reported a suicide attempt, and 4% reported that the attempt resulted in an injury that required medical attention.

“As a mother, this information is worrisome and these data indicate a critical need for our coping strategies and access for mental health services for our youth," said Dr. Cara Christ, director of the Arizona Department of Health Services.

“There’s clearly a strong need from our schools that my view is that every school should have a counselor and or social work because we do have very high rates of poverty in our state and just the need is evident," she said, adding that she would like to see continued investment in those types of support services.

In the meantime, the Arizona Department of Education has partnered with the state’s Medicaid agency, the Arizona Health Care Cost Containment System, to provide free suicide prevention trainings and other resources on topics such as social and emotional learning to school staff and community members.

Back in Thatcher, Wheeler said she's going to focus on teaching students and staff social and emotional skills and help students realize they are more sensitive to stress right now, and they’re not the only ones feeling this way.

Her advice for students and their families is to take things one day at a time, find ways to relax and destress and continue to make plans for the future and looking forward while remaining flexible.

Lake Havasu counselor Skemp said the public can help students by doing their part to minimize the spread of the virus.

“If people wore their mask and took care of one another, and keep safe so we can reduce the numbers and then hopefully allow the students to return to the campuses safely for the students’ sake and for the staff’s sake," she said.