Do The Oscars New Diversity Rules Accomplish Anything? Critic Tre'vell Anderson Says It's A Start 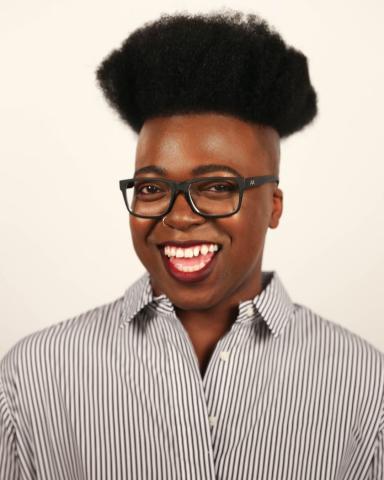 MARK BRODIE: The Academy of Motion Picture Arts and Sciences is making headlines recently, but not to announce the latest crop of Oscar nominations.

LAUREN GILGER: Nope, it's because the Academy announced further efforts to curb its #OscarsSoWhite. It's adding a diversity component to the Oscars. So starting soon, any film that wants to qualify for the Best Picture category will have to meet the diversity standards both on screen and behind the lens. But not everyone, of course, is happy with these efforts. I spoke more about it with freelance film critic Tre'vell Anderson.

TRE'VELL ANDERSON: Well, I think it contributes, right, to all of the conversations that we've been having about kind of increased diversity in representation, inclusion, both in front of the camera and behind the camera, right? And the Oscars have been kind of the focus point, if you will, for a lot of this because of OscarsSoWhite, and they have, over the last couple years, drastically diversified their, their membership. And this new rule that specifically targeted toward the Best Picture category is supposed to be in line with those particular efforts.

GILGER: And these are aimed, like you say, at industry-wide problems, right? Like, this is not just about who's on screen. It's about who's behind the scenes in making a film as well.

ANDERSON: Very much so. So the, this, this new rule that, you know, everyone's talking about, it is specifically for the Best Picture category, and it establishes these standards. There's these four different standards, and the films that will be able to qualify for Best Picture starting in 2024 have to meet two out of four of those standards, right? And so the first standard is about on-screen representation and themes of the movie. The second standard is about the leadership team and the project development team in terms of the people behind the scenes who help us see the film, right, get made. And then Standard C is about industry access and opportunities, which means like internships and apprenticeships for folks of diverse background. And then lastly, Standard D, they call it 'audience development,' which is about kind of the marketing, publicity and distribution teams that help a movie, you know, eventually get into a theater.

GILGER: Yeah. OK, so you've been covering these issues for a long time, writing about them, you like, created the Diversity in Hollywood beat at the L.A. Times. How did you feel when you heard about these?

ANDERSON: So I have to admit, initially, just, just hearing the idea that they came out with standards — I was very excited. I thought that it represented kind of necessary moves that the film academy needed to take, especially as they are like, you know, the, the gold standard, right, in this industry. That being said, when you take a look at the actual standards, they don't really go anywhere. A lot of the analysis has been done by other folks at The New York Times, at Yahoo!, at, you know, Vanity Fair. And they, they've discovered, right, that actually just about every movie that has been a best, Best Picture nominee for the last 15 years would still qualify under these particular rules. And so it's one of those things that really provides the opportunity for a movie that say, you know, all, has all white men in it, right, to still qualify for best picture if the studio executives or the, the distribution company, right, is more diverse.

GILGER: Interesting. So they can sort of swap one for the other.

GILGER: So do you think these will accomplish anything in terms of the goals that the Academy says it has here? Are the goals that people would like to see, bigger changes in Hollywood in general?

ANDERSON: I think it's a start. I think this goes to show where kind of progressive thinking can go in terms of the abilities that an entity like the film academy has, and a responsibility, right, that they have to ensure that folks from diverse background not only have an opportunity to get their films made, but also have an opportunity to have their films awarded in the same way that, you know, some of our titans of industry are able to. But the film academy has also done some other measures that they feel go toward this effort. So they've instituted new rules for folks who are on their board of governors, right, which are the people who, who lead and decide on a lot of these decisions. They've instituted unconscious bias training for those folks who lead, and they're making it open to all members of the academy. These are small steps, I think, toward this kind of Promised Land of diversity and inclusion that we're all working toward. I think what I'm interested in seeing is more drastic moves, more like, you know, what would it look like if they said that, like, you know, a certain number of, of nominees in the acting categories, right, had to be people from diverse backgrounds? What would it look like if they, you know, were to, to actually focus these behind the scenes requirements on those types of positions behind the scenes that aren't already more often populated by women and people of color? What would it look like if we got more specific in these, these efforts that they're trying to do? I think that is the question that a lot of people are having right now in this moment.

GILGER: Yeah, yeah. One thing I was thinking, reading through these rules, like, do you think that change can come — industry-wide change like, like, like you're looking for here — can come from the top down? Or, you know, on the flip side, does it have to come from the top down in order to make real change? Because this is stuff that starts when a film is being made, not when it's being awarded.

ANDERSON: Right. Well, I think it's both. I think that, you know, for so long, many people believed that the film academy really was the end of the road, right, for a film's journey. And therefore, the conversation needed to be directed at the studios, at the people who have the greenlight power, who can finance a movie. I think both need to be done. I think there needs to be a top-down approach for the folks who are already at the top. And I do need, feel like the folks that are at the bottom, you know, if you are the consumers, the actors, the writers, the directors, the producers also have a role to play in ensuring that, you know, both sides of the coin, if you will, are working toward this overall goal. And I think that goes to show people's like, true commitment to this work as opposed to, you know, something that's lip service.

GILGER: All right. That is freelance film critic Tre'vell Anderson joining us today. Tre'vell, thank you so much for coming on The Show again.

ANDERSON: Thanks so much for having me.