Pandemic Shopping Made The Cardboard Box A Hot Commodity 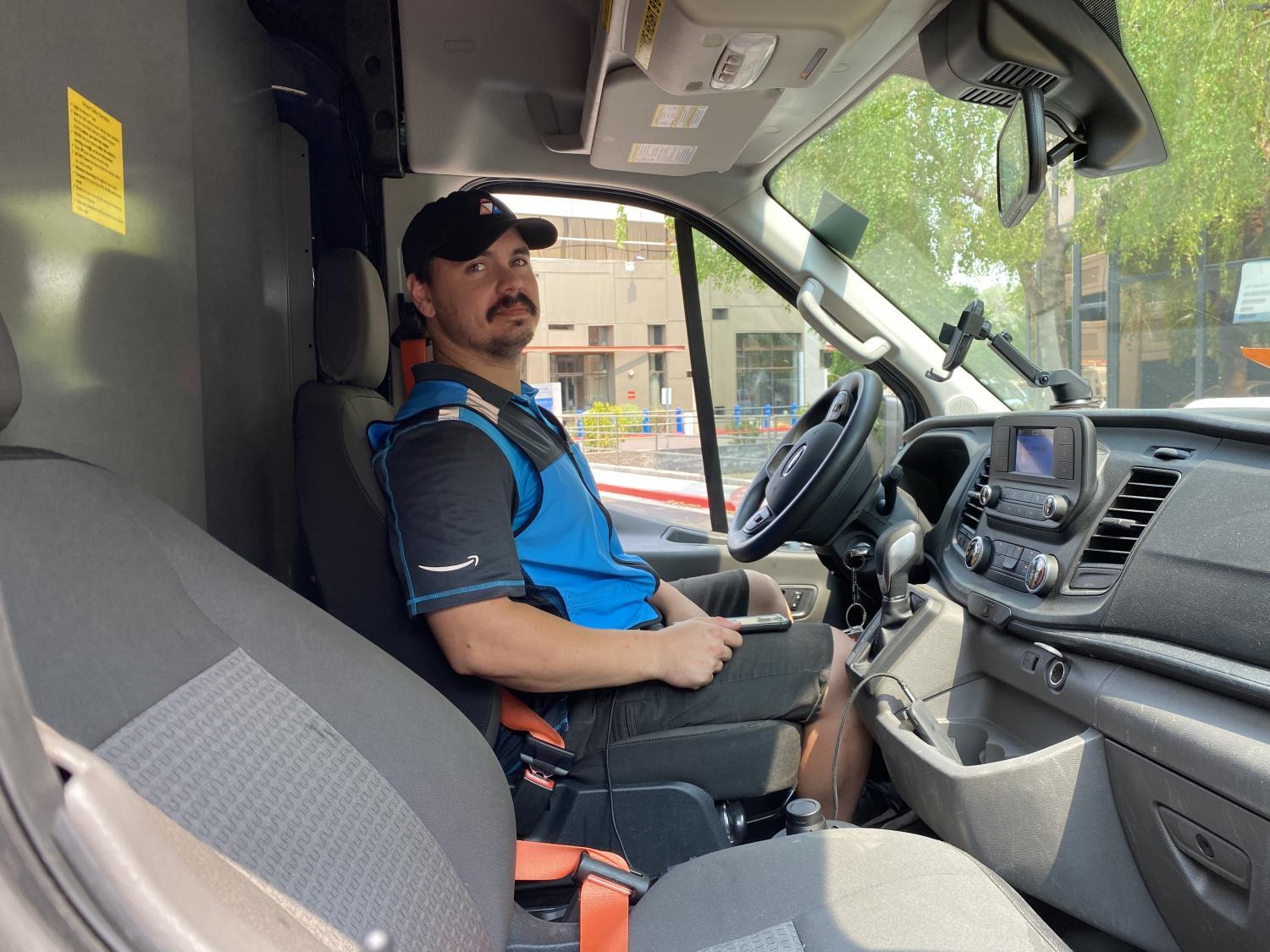 Shopping in bulk has taken on new meaning during the coronavirus pandemic. Phrases like “the new normal” reflect not only how we now interact with one another, but how we interact with the world — less personal and more digital. That is especially true with buying, which is increasingly online. All that stuff we use now comes to our homes — wrapped in cardboard boxes.

Joseph Mullican drives for Amazon in the West Valley. He started just a month ago after he lost his restaurant job in Surprise.

"The restaurant I was with, I really enjoyed it. But, unfortunately, the business was just too slow, so …”, Mullican said.

I met up with him delivering a box to Rio Salado Community College. Just one box — he had 243 boxes to deliver that day. He said that’s a pretty average day, these days.

"I get a lot of heavy boxes where you can tell it’s some kind of dog food, cat food moving around," he said.

Mullican spends the majority of his driving time delivering to apartments — like the one in Scottsdale, where I ran into Vikki, a retiree, originally from Michigan. She asked that we use her first name only. She’s been cautious about going out during the pandemic. Like a lot of people, that means she’s been buying more online during the last six months.

“Well, when the pandemic first started and everybody was hoarding stuff, I wasn’t sure I’d be able to get what my dog eats so I ordered it from Amazon,” she said.

Vikki says she bought about 30% more dog food than she normally would. And it arrived on a big truck filled with big, big boxes.

Derek Lemoine is an associate professor of economics at the University of Arizona. He specializes in behavioral economics — in this case, decision making under uncertainty and over time.

“Think of hoarding as a fairly rational response to thinking something is not going to be on the shelf," said Lemoine. “Your future self might want your current self to have saved more. But your current self has a tendency to give into temptations to spend money on stuff that will give you a lot of immediate pleasure," he said.

For Vikki, the immediate is dog food — and stuff she brings to her friend, Wendy, who she walks with every morning. Wendy has been working from home since February. Her commute used to be 15 minutes. Now it’s across her house to a stand-up desk in her living room — that she ordered and received in a big, cardboard box.

Wendy also asked us not to use her last name.

"I have a laptop, monitor, borrowed a chair from Vikki for my home office," she said. “Usually, I have a semi-list, but I do allow myself one or two impulse items.”

Wendy says she’s not much of an online shopper, really. She enjoys shopping at the store — to get out of the house, mostly — she’s more of a disciplined shopper. Wendy goes to places like Albertson’s, Target and Costco, where she says she brings home her disciplined and reasonable purchases in a cardboard box that the store provides. 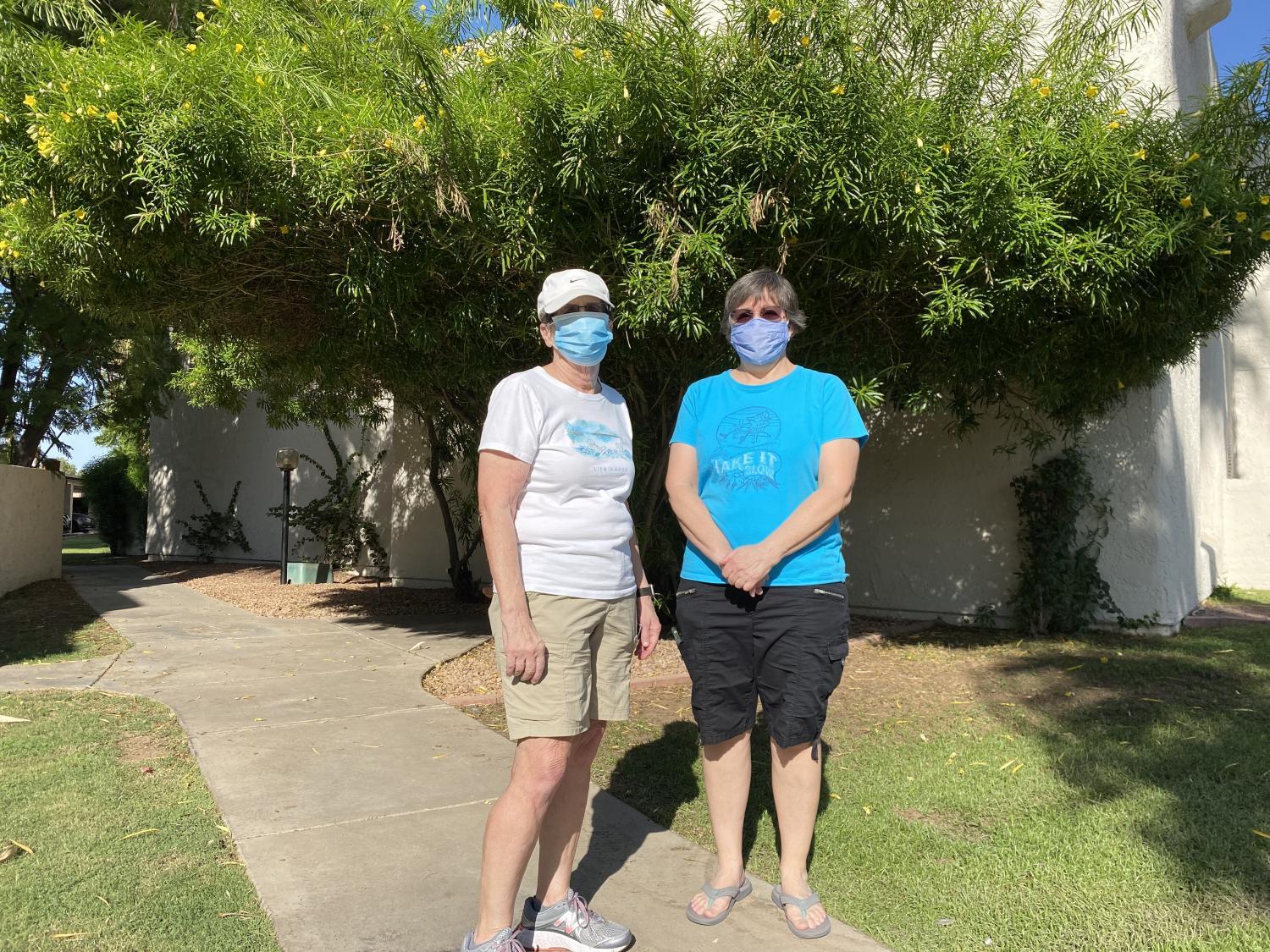 Wendy bucks the online binge-buying trend. She’s tried to maintain as steady a daily routine as possible. And, that, according to Lemoine, is actually, well, kind of normal. Both Vikki and Wendy are behaving normally, at least from an economic point of view. What may not be so normal is how the box, or more specifically, cardboard, has been affected during the pandemic.

The sheer quantity of cardboard waste has increased by as much as 40% in some parts of the country, according to cnbc.com.

And that translates into billions of value for the recycling industry.

And the global trade value of cardboard — or how much it costs to buy it across international lines — is expected to increase by $1 billion over the next four years, according to the BBC.

For some, like Joseph Mullican, the most important value of a box is that it gives him a job during the pandemic and a warm welcome by some.

"Sometimes I’ll get in neighborhoods and I’ll pull up to a house and some of the kids will be by the front door and they’ll be like, ‘It’s the mailman! It’s the mailman!’”

About 80 billion cardboard boxes are used in the U.S. each year.