Study: Eviction, Foreclosure Twice As Likely In Maricopa County Than Rest Of U.S. 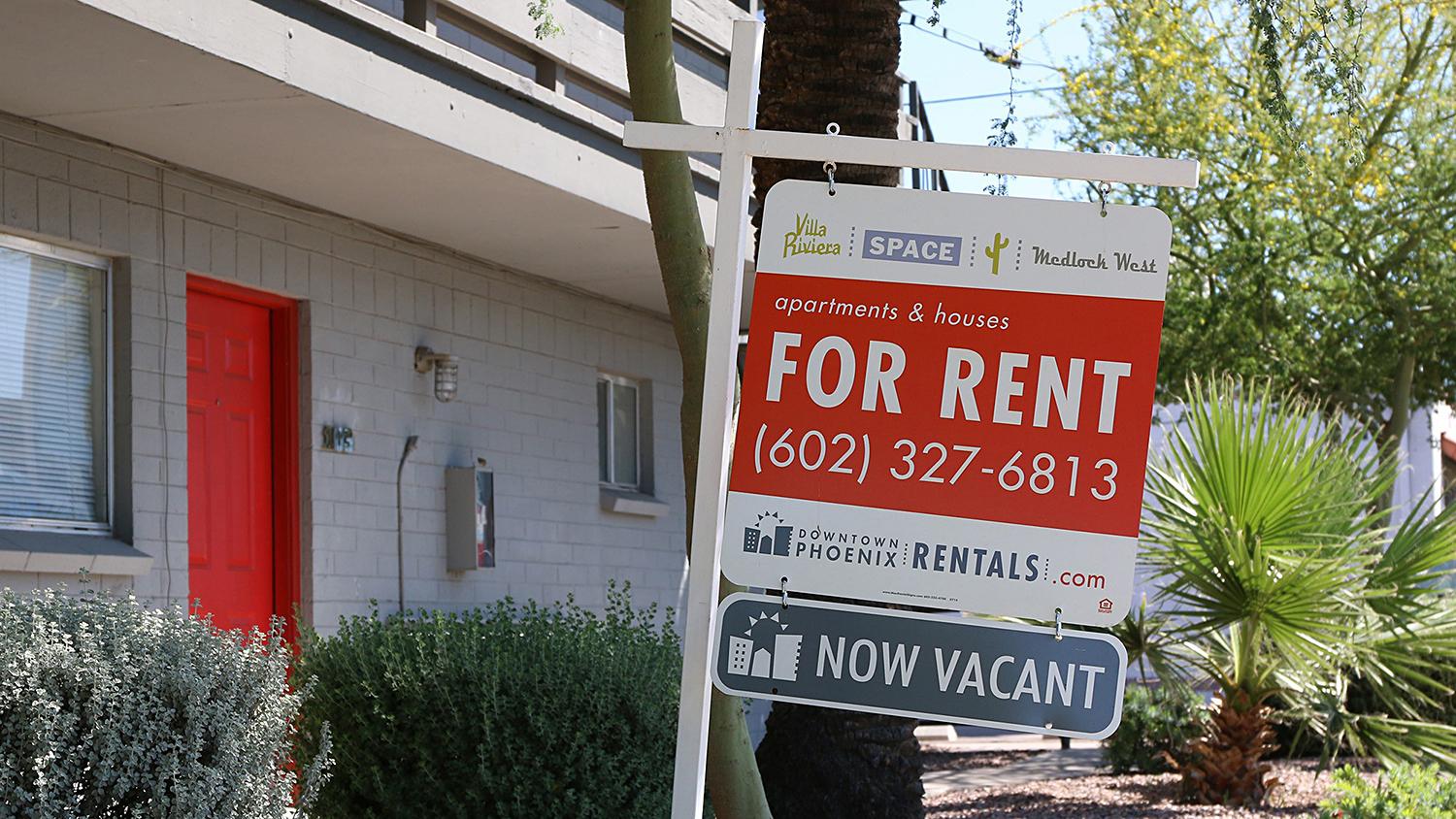 STEVE GOLDSTEIN: Evictions and foreclosures are more than twice as likely to happen here in Maricopa County than the rest of the country — and the problem is only going to get worse as the pandemic plays out. That's one of the main findings from a new study from New America that looks at housing loss nationwide. The study looked at evictions and foreclosures here between 2014 and 2018, using data gathered from about 2,200 U.S. counties — roughly two-thirds of the country.

TIM ROBUSTELLI: And out of that, Maricopa County ranked the 46th worst when it came to housing loss rate, which is a combined measure of evictions and foreclosures. It was the worst in Arizona of the counties for which data was available.

GOLDSTEIN: That's Tim Robustelli, policy analyst for the Future of Property Rights program at New America, the D.C.-based think tank that conducted the analysis. He says they started the research last summer and had no idea they'd be publishing it in the midst of a pandemic that made the situation for renters so much worse.

ROBUSTELLI: But what we found is that it's easy to look at historical trends, historical data, the communities that have been hardest hit previously. And that can serve as an indicator of communities that will be hit again when the tsunami of housing loss comes amid COVID-19.

GOLDSTEIN: Now, their goal is to give local leaders a guide as to where they're most likely to see evictions and foreclosures spike and what communities will be hit the hardest. Our co-host Lauren Gilger spoke with him more about it.

LAUREN GILGER: So looking at that, how do you predict we will fare in a place like Maricopa County where these rates are so bad, especially compared to the rest of the country, in light of what's happening right now?

ROBUSTELLI: I'll start by saying that some of the stopgap measures that have been put in place by March have been shown to work. Evictions have been down due to moratoriums on eviction filings, due to an increase of rental assistance. Unfortunately, there has been a patchwork of policies put in place from the federal, state and local level. So it's difficult to determine how things are being implemented on the ground. Recently, the CDC just ordered a halt to most all evictions, barring a few requirements when it comes to documentation, income and the like until January 2021. So, you know, rent hasn't been canceled. Come the new year, there's going to be a lot of people that are going to owe a lot of rent to their landlords. And these stopgap measures while keeping people in the homes right now, we believe is only pushing the inevitable just four months.

GILGER: Right. So as we look at the end of this moratorium at the end of the year, like you're predicting, the eviction rates could skyrocket then in a couple of months here and across the country?

ROBUSTELLI: Yeah, we think so. You know, the number one reason based on the research and the interviews we've done around the country, why people are evicted, is quite simply that they can't pay their rent. And we're seeing skyrocketing unemployment around the country, in Arizona in particular. So with that inability for households to budget for housing, unfortunately, I think we're going to see quite a significant uptick in eviction filings and actual evictions.

GILGER: Let's talk about scale. Like you mentioned, the phrase a moment ago, 'a tsunami of housing loss' due to COVID. What can we anticipate here? Are you talking about another sort of recession of 2008-style housing crisis?

ROBUSTELLI: I think so. And there was actually a great report published by the Aspen Institute a few weeks ago that placed about 30 to 40 million Americans at risk of eviction due to COVID-19.

GILGER: Wow. So let's talk about what segments of the population will be hardest hit. Looking at this data, you point to very specific, even census tracts, areas of our community here in the Valley that might be hardest hit. It seems are mostly to do with income level and then race and ethnicity.

ROBUSTELLI: Yeah, we were able to run some analysis at the census tract level — looking at households and different census tracts and who is most at risk of eviction. And what we found is that minority communities are most at risk. You see it in the west side of the Valley of the Sun, in Phoenix in the Maryvale neighborhood and Alhambra. Latinx households and Black households are significantly more at risk than white households when it comes to eviction and housing loss more generally.

ROBUSTELLI: Yeah, so that finding was one of the most striking to us. And when you see it as a bar chart, it's really eyebrow raising. So there's massive disparities when it comes to landlords and tenants in the Maricopa County court system. So in civil court where eviction cases are filed, tenants don't have a legal right to counsel. And so what you'll see is that lawyers will be handling the cases for tenants, and these renters, if they do show up to courts, you know, are in a very unfamiliar, intimidating place. They may not know all their rights. They may not know how the proceedings will go. And they're barely represented, as you said, 0.3%. And in part, that translates to huge disparities in eviction case outcomes. From the available data that we had, 99% of court cases go in favor of landlords. So tenants really don't have much shot without legal representation in the eviction court.

GILGER: So having studied this, Tim, and looked at all of this data and now knowing that the situation's even worse because of this pandemic, what recommendations would you make going forward? Should we continue eviction moratoriums? Can those be continued forever? Are there other programs that might assist in easing this and stopping another sort of Great Recession-like situation?

ROBUSTELLI: I don't think moratoriums are the answer. There's a whole housing ecosystem. And, you know, eventually if people aren't paid, the whole thing breaks down — whether that's the landlords having to go through foreclosure themselves, whether that's the banks suffering. Not to say anything of the tenants who are struggling immensely right now. So what we've seen right now is COVID-19 has shown a light on the problem of housing insecurity, housing loss, not only in Maricopa County and around the country. But it's still gonna be there when COVID is gone, when we find a vaccine, when this crisis recedes. So we need long-term solutions, whether that's increasing wages so that people can afford their houses, whether that's expanding affordable housing options through establishment of housing trust funds, tax credits and the like. And also increasing that parity between landlords and tenants. We need better education on tenants' rights. Legal counsel for tenants has proved to work in pilot cases and cities around the country — that would be great to implement — and also expanding rights, giving them more power in the courtroom to hopefully stay in their homes.

GILGER: All right. That is Tim Robustelli, policy analyst for the Future of Property Rights program at New America, joining us. Tim, thank you so much for coming on The Show to explain this all to us.

ROBUSTELLI: Thank you very much for having me.