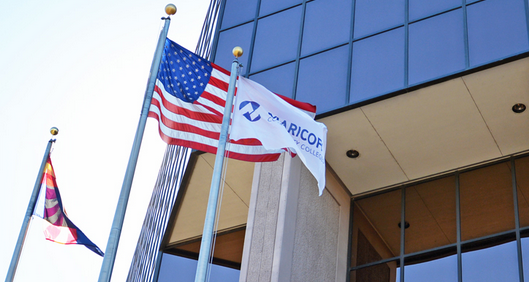 Four members of Maricopa County Community College District's governing board — including its president — voted to ask Kathleen Winn to resign. Winn delivered her own condemnation of the board, saying other board members had unfairly targeted her with "petty accusations."

"The answer is not no, but hell no. I respectfully decline your request to resign," Winn said, before departing the virtual meeting held Thursday night.

The latest uproar within the board came after Winn was accused of damaging the search for a new chancellor by asking a candidate to drop out of the job search process and that she showed inappropriate support for another candidate.

Board president Marie Sullivan said she "found no pleasure" in voting against Winn, who served as a vice-chair on the search committee for a new chancellor.

”I hope we can move forward to attend to the work that needs to be done for this district," Sullivan said.

The district has faced severe issues with community college executives forced out after allegations of abuse, the last chancellor resigning early and issues with its payroll system.