Suicide is the leading cause of the death among Arizona youth ages 10 to 14, Gov. Doug Ducey said in a Thursday press conference. He used the event to discuss the state's ongoing efforts to combat the issue and raise awareness.

“We have seen an increase since last year in the number of school counselors and social workers in our schools but with that funding we were only able to fund roughly half of the applications that schools requested," said Superintendent of Public Instruction Kathy Hoffman, one of the school leaders that accompanied Ducey at his press conference. 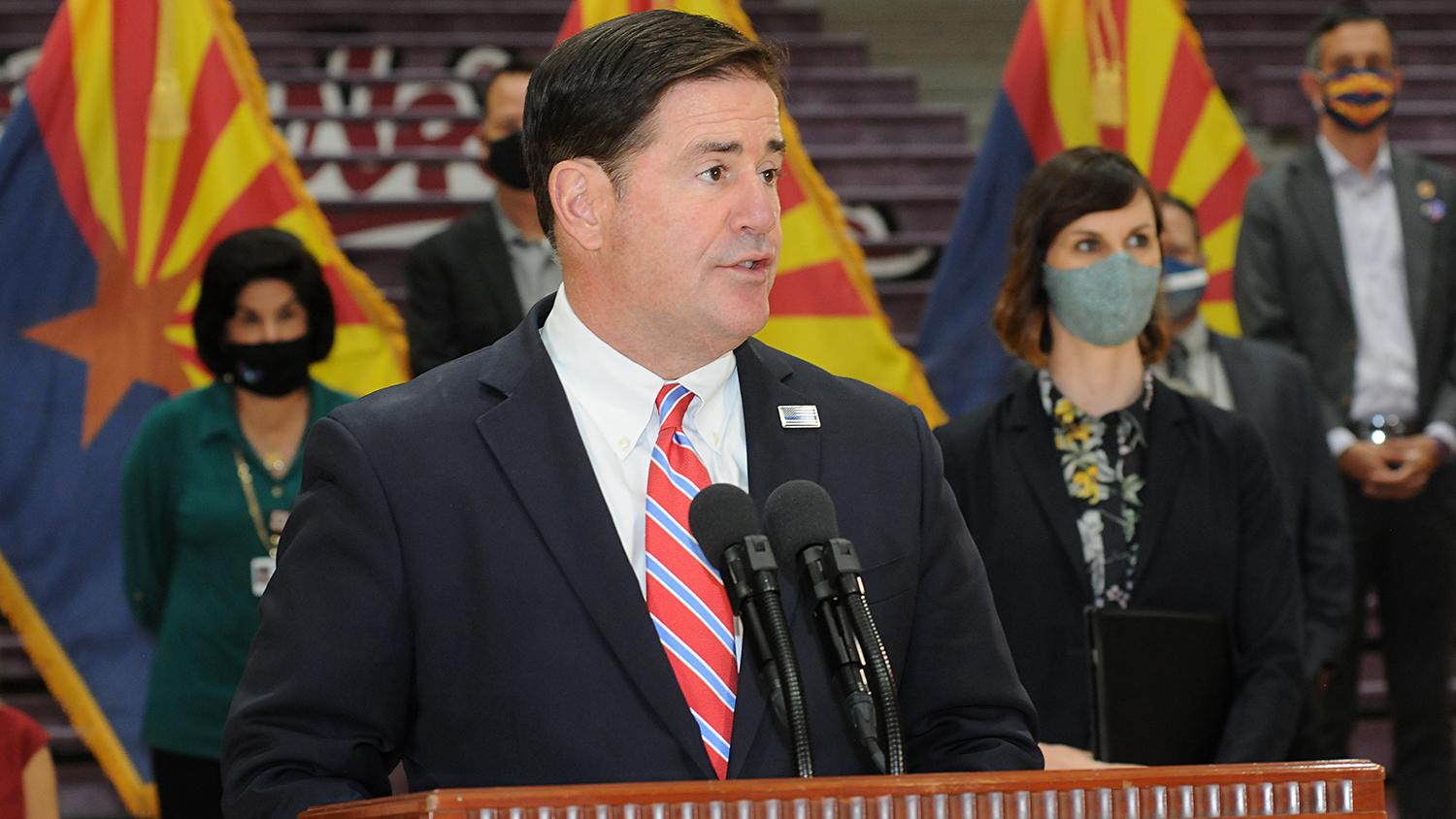 The demand reflects a strong need for these positions in Arizona schools, she said. Hoffman would like to see continued investment in these support services.

Health Director Cara Christ acknowledged Thursday she has no hard figures on suicides since the outbreak. That's because she said it takes six months for her agency to get death certificates. But Gov. Doug Ducey said the indications are there.

"According to a study in the Journal of the American Medical Association, Americans reporting symptoms of depression registered a threefold jump compared to before the pandemic,'' he said. And Ducey said the Centers for Disease Control and Prevention found that more than 1 out of every 10 adults reported thoughts of suicide in the past 30 days, more than double from two years earlier.

He said these are more than numbers, representing family, friends, coworkers and acquaintances.

"Many of them are struggling during this time of increased isolation and heightened stress,'' the governor said. "And we must be there for them.''

He noted that over the last year, clinicians across the state have provided behavioral health services to more than 15,000 students representing a 28% increase in the number of students accessing school-based care.

"Now that many students are attending class online, behavioral health providers have stepped up and transitioned to offering services via telehealth and virtual means," Ducey said.

Ducey also highlighted a bill he signed last year that will expand suicide prevention and awareness training in schools. That law — named after a Mitch Warnock, a Tempe student who died by suicide in 2016 — goes into effect this fall. It'll require school districts and charter schools to provide training in suicide awareness and prevention to school guidance counselors, teachers, principals and other school personnel who work with students in grades six through 12.

Howard Fischer of Capitol Media Services contributed to this report.