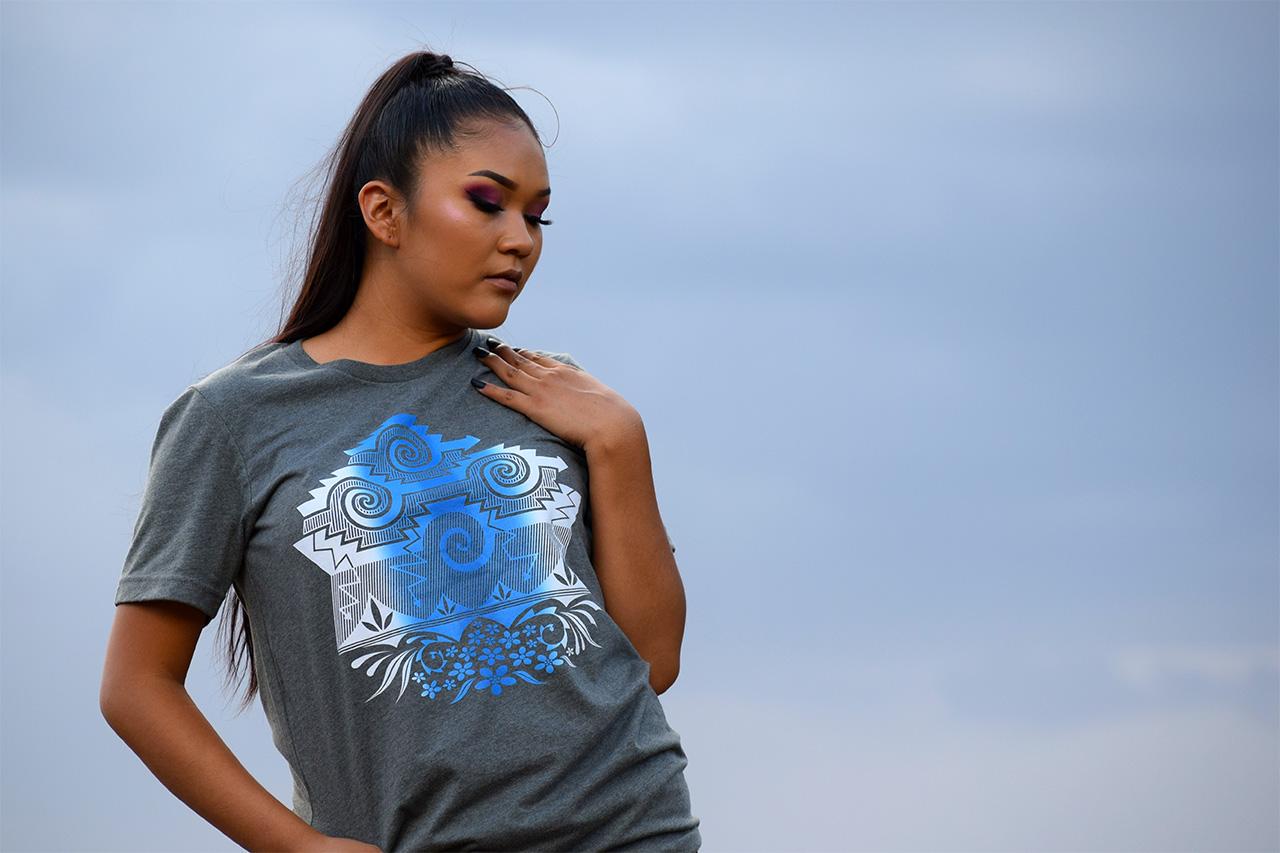 Thursday marks our last edition of this year’s Monsoon Stories series. The Show has talked with writers, poets, musicians, playwrights and now, a fashion designer. Loren Aragon is Acoma Pueblo, a New Mexican tribe, and his designs evoke his people.

He founded the brand ACONAV in 2008. And, when The Show asked him to create something for the finale of this year’s annual Monsoon Stories he turned to the past.

“We really looked to the monsoon season as a time of replenishment, cleansing — everything that comes with it blesses the land and provides nourishment for us. The ideas of rain are in everything that we do, it’s something we respect, an energy that we respect,” he says.

As a designer, Aragon has worked to bring Native American designs to fashion in a respectful way. So, in his design for this series, he created an intricate design that illustrates the beauty of the rains and evokes the pottery his people are known for.

While we all hope for more rain next year, The Show’s Lauren Gilger spoke with him about his art in connection with this fleeting season.

Aragon's Monsoon Series design is available on T-shirts and bandanas on ACONAV's website.

Flashes dance on the horizon... a rumble ensues... the reminder of a healing power that is to be respected - #Monsoon #Lightning #Rain

The Show's senior producer Kaely Monahan contributed to this story.