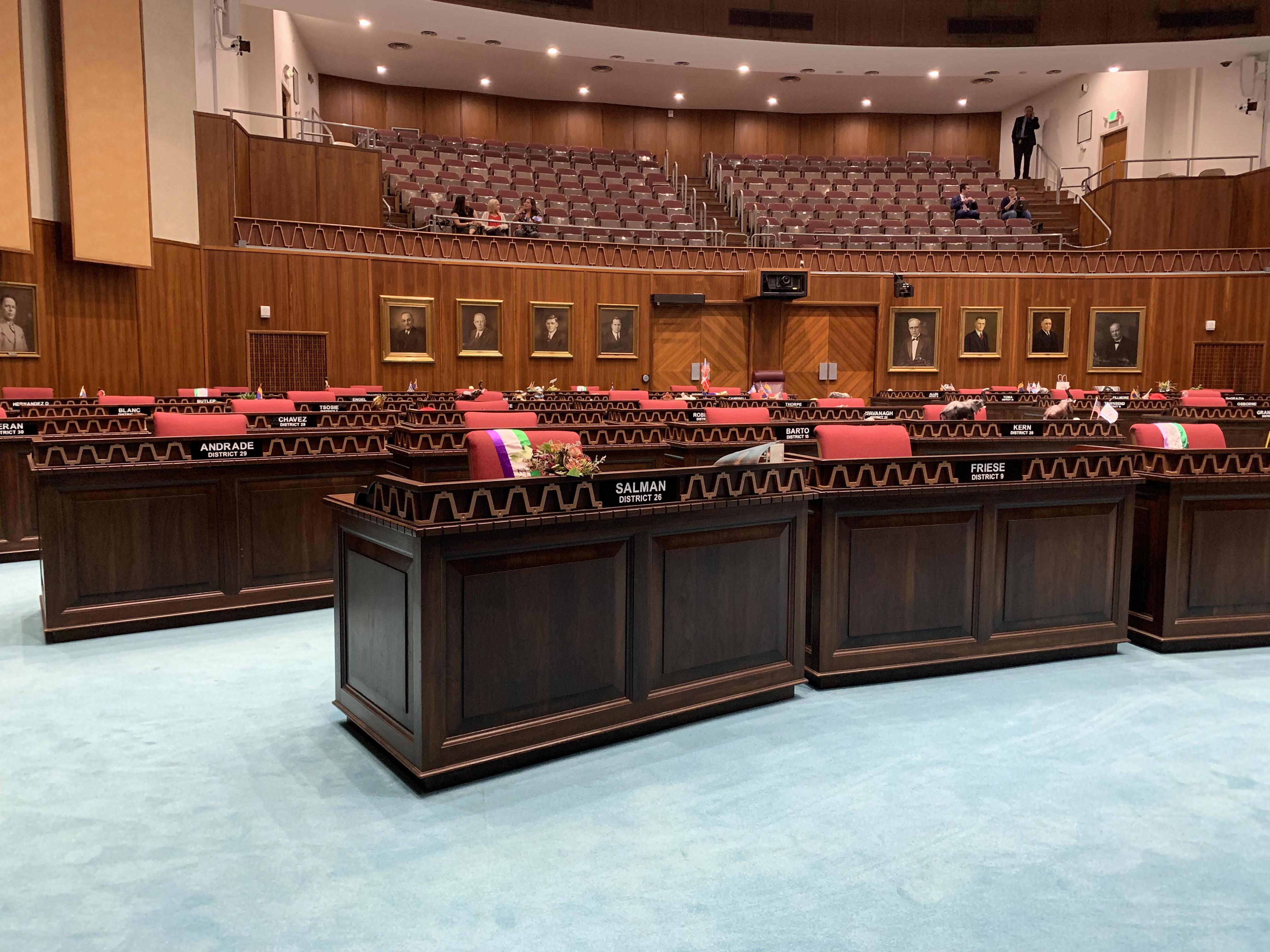 Mariana Dale/KJZZ
The Arizona House of Representatives floor in 2019.

The general election may be months away, but some legislative Democrats are already making plans for how to govern if they take control of the state House of Representatives.

Democrats will first have to pick up two of the chamber’s 60 seats to take a 31-29 majority.

Anticipating that change, a trio of state representatives formed an alliance to run for top leadership posts in the House. Reps. Diego Espinoza of Tolleson and Jennifer Longdon of Phoenix and current Sen. Andrea Dalessandro of Sahuarita say they’ll run for House speaker, majority leader and majority whip, respectively.

They call themselves the Democratic Unity Caucus. Espinoza said the idea is to hit the ground running in the event Democrats do seize power from Republicans for the first time in decades.

“You can never be overly prepared, right? If you're, if you're prepared, and you know that that'll be more of a fluid transition,” he said.

Rep. Charlene Fernandez of Yuma, who helms the Democratic caucus as minority leader, said it’s “a classic case of putting the cart before the horse.”

As the current leader of her caucus, Fernandez said she’s focused on making sure Democratic dreams of seizing control become a reality.

“Do we think about what it will look like in the majority? Absolutely. Do we have plans? Absolutely,” she said. “But our focus is to raise money, to make sure that campaigns are well funded, and people are ready to run and win.

If Democrats succeed, Fernandez said she intends to run for House Speaker, putting her at odds with the new coalition.