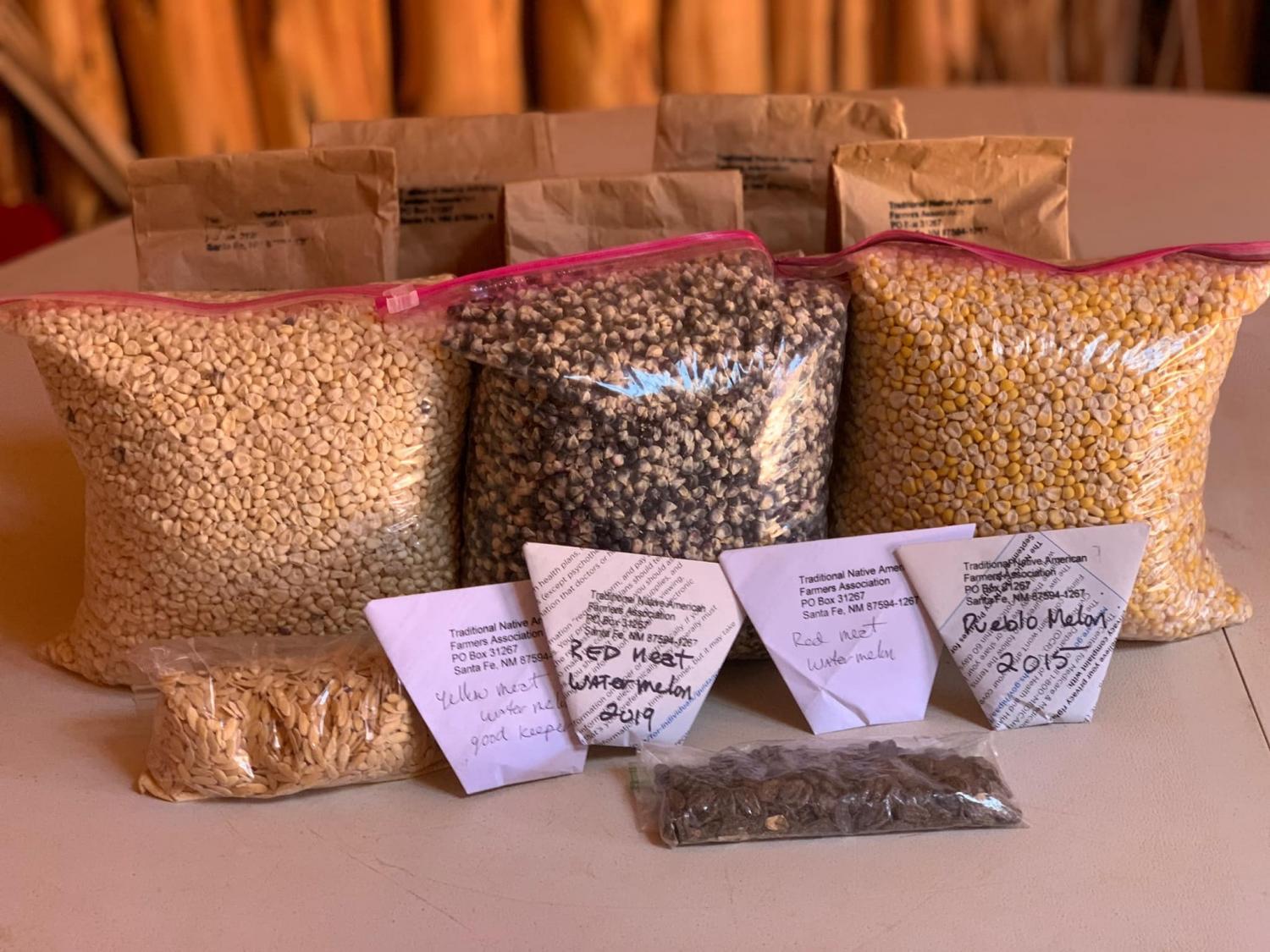 Utah Diné Bikéyah
Food security is an ongoing challenge in Indian Country, and COVID-19 is prompting new efforts to address the problem. Seeds and Sheep has shipped thousands of drought-resistant seed packets all across the Navajo Nation.

The Navajo Nation has suffered immensely during COVID-19, with more than 8,000 cases and over 450 deaths. The pandemic has also made it tough to get supplies and food. But some Native Americans are overcoming food insecurity by returning to their traditional ways.

Cynthia Wilson has devoted her life to food. She grew up on the Navajo Reservation. Her grandfather was a medicine man. Her mother an herbalist. Now she’s a trained nutritionist and the traditional foods program director for the nonprofit organization Utah Diné Bikéyah.

“The way we view food, and as a living breathing being no different than, who we are as the five-fingered earth people and to have that sense of value and connection, it is far more important,” Wilson said.

Yet 25% to 40% of people who live in rural tribal communities face food and water insecurity. That is according to a report by the Center for American Indian health.

That disparity only got worse when COVID-19 struck.

That’s when Wilson started Seeds and Sheep. It’s an organization that provides sheep and drought resilient seeds to farmers and families throughout the Navajo Nation. 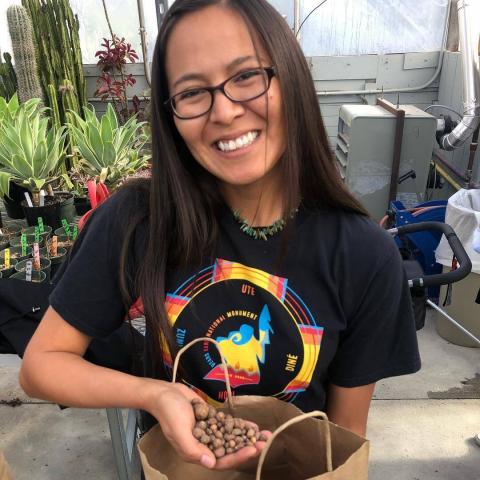 “To encourage farmers, community members to get back into planting to restore their own food resilience for their families in preparation for the winter,” Wilson said.

Blue and yellow corn as well as melon and watermelon seeds are donated by local farmers and the Native American farmers association.

Wilson says Seeds and Sheep’s initial goal was to give out seeds to 100 families.

“We had over 300 people requesting seeds. A lot of these individuals were beginners. So it's very encouraging to see that more young people as well are very interested in learning how to grow their own food again,” Wilson said.

“They hold the memories of our ancestors. And when we look at seeds, as indigenous people, we look at them in a way where they aren't, you know, they're not just seeds. They're our relatives,” Black Elk said.

Traditionally, food was sourced from the land. Black Elk explains this changed when the federal government relocated Native Americans to reservations and began food programs.

“They were handing out a lot of commodities full of processed foods such as felt and processed white flour and sugar. And these things really had a detrimental effect on the health of indigenous people, but also on our ability to garden,” Black Elk said.

With COVID-19, that’s changing once more. Wilson says more people across the Navajo Nation want to learn how to grow their own foods.

“I believe that the pandemic is kind of what put people in shock,” Wilson said. 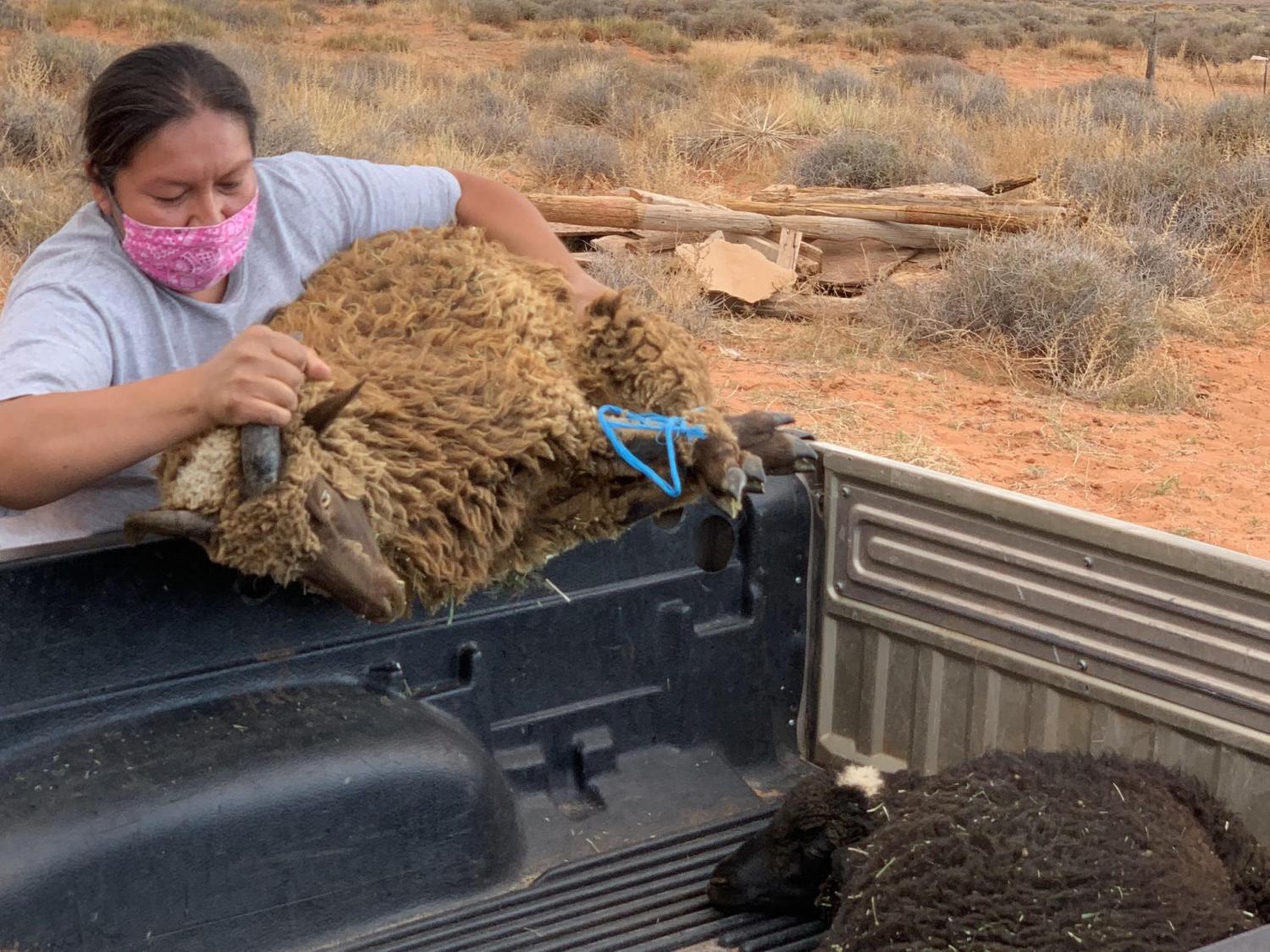 Utah Diné Bikéyah
An unnamed woman loads sheep into the back of a truck as part of the Seeds and Sheep program in the Navajo Nation.

COVID-19 caused a run on certain items at grocery stores and that meant many people ventured out but came home empty-handed.

“We have to travel it takes three hours to travel to get to a large grocery store, and it takes five hours or more to get even get to a city,” Wilson said.

Wilson says that’s why people are starting to grow their own vegetables and taking another look at past teachings.

And the 174,000 people who live on the Navajo Nation have something crucial to food security — space. Wilson believes using the land to create gardens will build a more food secure future.

“Each home has a plot, at least an acre in space, where they are able to plant a cornfield. And we know there's all these cornfields that have been coming within the clan mothers throughout the generations that need to be revitalize,” Wilson said.

Wilson says many indigenous people missed out on learning about how to grow food from their elders. Andre Haycock is among them.

Haycock is a diné seed recipient in southern Utah. He received the seeds in May and has started a farm that he and his mother tend to.

“It's a good experience, to see a plant grow out because you give it life and they see you grow. And you just take care of that yet here as a little family. That's how I see,” Haycock said.

Haycock says he’s looking to the future with what the family farm can produce.

“We started with the corn squash and the watermelons and the beans. And then probably next year, I try to follow from our peaches and apricus too,” Haycock said.

Wilson says this is exactly what gardening is supposed to do — allow indigenous people to provide for themselves while reconnecting with ancient teachings.

“To see the life of a seed round into produce, especially with the young people to see that and be involved into the teachings of that is very encouraging. And I think that will motivate people to continue this effort, in the longer run,” Wilson said.

Wilson hopes to expand the seeds and sheep program to focus on sourcing sheep from local producers and preparing to distribute lambs in the fall.