Why Journalists Have A Responsibility To Conduct Ethical Polls

STEVE GOLDSTEIN: With the November election just two months away, we're going to be even more inundated with polls telling us about Trump vs. Biden and McSally vs. Kelly. Those polls are typically conducted over the course of several days, and pollsters or those who work for them, make calls to voters to gauge their opinions. But polls taken by media organizations on a daily basis are often much less scientific. Radio and TV stations and newspapers will post questions about the day's news or events that are ongoing. Often they're forgotten by the next day. In some situations, they're not. One such example involved a local TV station here in the Valley, that after President Trump floated the idea of moving Election Day, asked viewers whether they thought it was a good idea — yes or no. The station was criticized on social media by a number of journalists who thought the question was irresponsible, partly because it would be against the law for the president to move Election Day. With me to talk about polls conducted by media outlets is Hazel Kwon. She's an associate professor at ASU's Cronkite School. Professor, what do polls like the one I just mentioned tell us? What is the purpose of a TV station to do this? 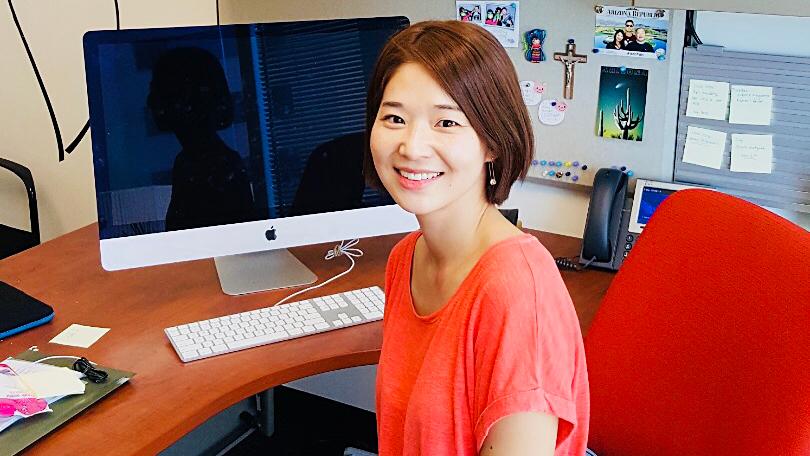 HAZEL KWON: The first question that we usually have is, "OK, how to do a good poll?" Right? But I think this, about doing a poll about [a] supposedly unlawful thing, it actually touches upon the — what I call ethical polling. So it actually touches upon a more fundamental issue, which is "Why do we want to do this poll in the first place?" Right? And that is the ethical question. And unfortunately, media polling, mostly run by news outlets, we tend to seek for a trendy topic or newsworthy topics. And sometimes that pursuit of newsworthiness, unfortunately sometimes overshadows the rationale of "Why do we need to ask this question in the first place?" So one powerful effect that a poll brings to a society is by polling it, we make that question at something that's reasonable and OK to challenge.

GOLDSTEIN: What sort of thought should be put into the wording of a specific poll rather than just saying, "That's kind of a fun idea, let's put it out there?"

KWON: I believe that journalists usually don't put the poll out there because it's fun, right?

KWON: They think it's newsworthy, right? But at the same time, I think what we — journalists are the public face, right? We are the voices of the public. And I think we really have to keep in mind that we have a public responsibility in terms of setting the agenda. So a journalist needs to think twice ... Number one, is it really important? Is it something the public needs to know? Is it something the public needs to think? Right? And then, number two, if it is important, then how am I going to ask it? What is the best way to ask it?

GOLDSTEIN: A lot of attention came on social media from journalists saying, "How can you put out a poll like this?" Can you answer that as far as what impact that can have when there's — when it's easy to react to this in real time? And it's not just the average viewer who might respond to it. It's peers. It's other professional journalists.

KWON: The poll was initiated by a journalist, right? So there was a mistake, obviously. But then also there has been a journalist who made a voices, right, that this is not the right thing to ask, right? So in a sense, that itself is [an] important aspect. Like social media — we do use social media to do a poll, especially to engage with the audiences. But we also have these social media conversations setting the poll behind. And these conversations themselves plays a really important role. And journalists in the social media, in this example case, they played a pretty much important role in making the voices out there. And these voices are — they're not the public opinion, per se. And they are really far from really representing the public voices because they are not systematic. They were not, number one, quantified, and they were not really meant to measure the public opinions. But these conversations by the journalist or opinion leaders of our society really matters because it somehow also shows where the society is heading.

GOLDSTEIN: How representative are these polls in any way considering a person can respond or not? Like, let's say, a TV poll or a radio poll, a person can decide whether or not he or she actually wants to respond to it, so it makes it even less scientific. So —

GOLDSTEIN: — Is that a concern at all that these are sometimes influential polls when they're really about as unscientific as a poll could get?

KWON: That's [a] really, really important matter. In fact, whenever we talk about survey, a social survey, like anationwide survey, or the polling that [tries] to understand [the] public opinion of the nation, that is, I believe, the most important aspects that we have to consider. Because [the] fundamental goal of polling is to represent the opinion distribution is a collective asset of the population of interest, right? But that's true also. Like you said, in reality, it's extremely difficult to collect responses in a way to accurately represent the population. So that's where a sampling bias comes in, right? Because it's so difficult, large poll companies like Gallup or Pew Research, they use some statistical techniques to correct such biases. So basically, the sampling might have biases, but by correcting it, they kind of tried their best to represent as close as to the distribution of the population. So, for example, if I had responses from females, but since the female responses were undersampled compared to the proportion of the females in our whole population — in that case, that's the ... method we call it weighting. So by giving some weight to the female respondents, we kind of try to balance it out. So without having that processes, just reporting, you know, very simply that this is X% of the respondents who said this. This has a limitation to reflect what's the true distribution of the opinions in our society. So that statistical aspect actually matters. But unfortunately, when we — the small meat outlets, for example — when they do the poll and they have to let it out really quickly and they kind of forget — they kind of dismiss or bypass or are unable to do that process. And that's where the real danger arises.

GOLDSTEIN: Hazel Kwon is an associate professor at ASU's Cronkite School, and you're listening to The Show.