How Indigenous Farming Methods Could Save The West From Wildfires 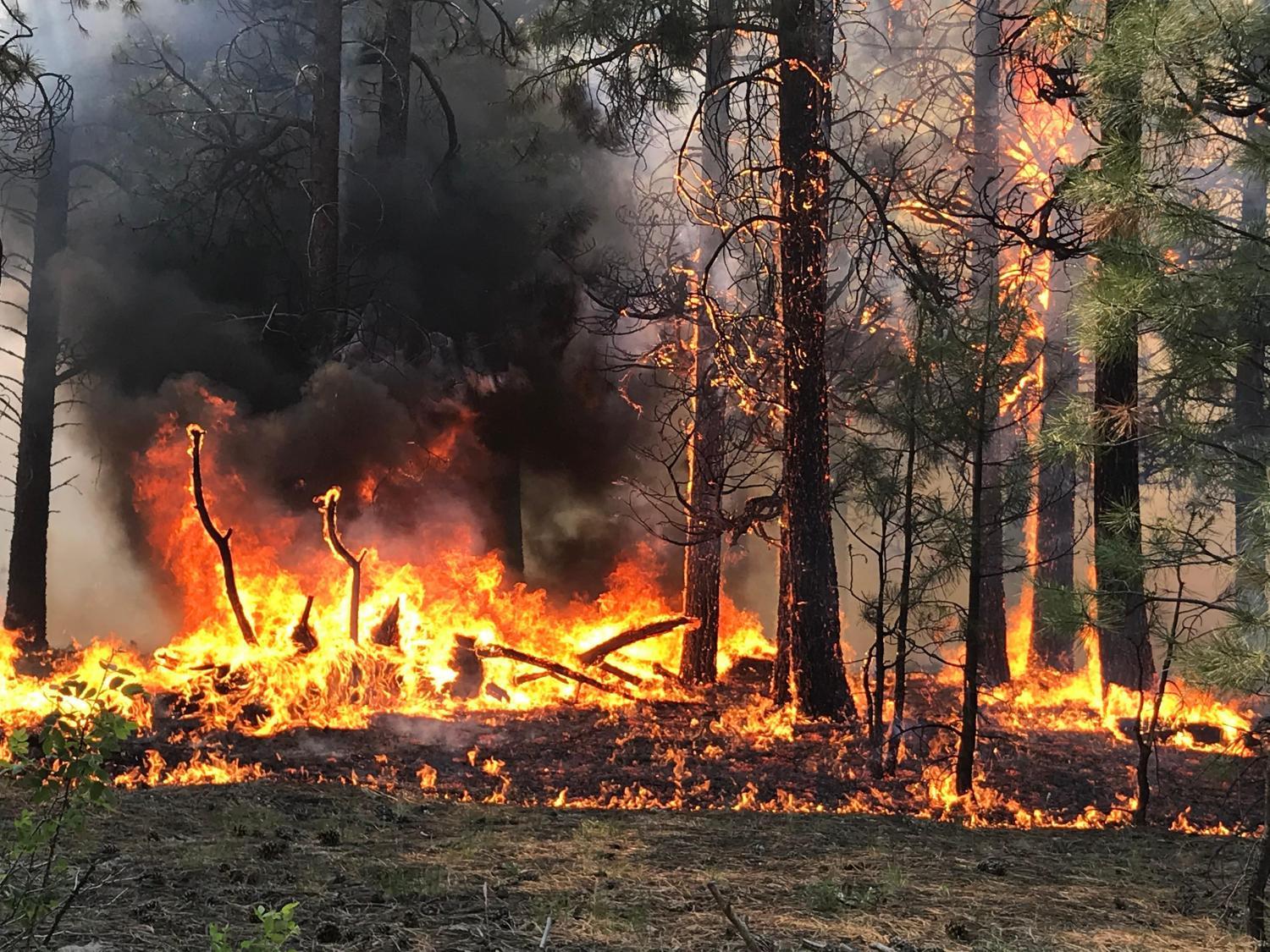 LAUREN GILGER: It seems counterintuitive to many of us — in order to keep our landscape healthy, we need to let it burn sometimes. That's the lesson that many indigenous leaders are hoping we can learn in order to help our wildfire-ravaged forests and grasslands in the West recover. For tens of thousands of years before Western settlers came to California and Arizona, indigenous peoples cared for the land and made it thrive — often using fire as a tool. And today, there are efforts underway to relearn those lessons and restore our land. I spoke with Debra Utacia Krol, indigenous affairs reporter at the Arizona Republic, more about it.

DEBRA UTACIA KROL: When the Spanish explorers first encountered California back in the 16th Century, they expected to find a wild, tangled landscape. Instead, they found what one explorer called paradise. There was the great abundance of biodiversity; there were a lot of people living there; they had abundant food, there was a lot of wildlife; there was a lot of green, lush, growing plants and trees. And they thought it was the result of Mother Nature. They thought it was something that was naturally occurring. What they didn't know and for some reason or another failed to understand, even after it was explained to them, was that this very productive ecology was not simply Mother Nature. It was the result of millennia. My own tribe, which is in Monterey County, says that they had been stewarding the land for at least 10,000 years. They are all land stewards. They would cut plants back; they would stimulate growth by setting fires; they encouraged the growth of beneficial plants for basketry, for food for people and other living things; they maintained the watersheds. Once they started taking native people away from those millennial-long stewardship that they had practiced upon the Earth, California started kind of degrading. The forest, which you could once walk through and hear birds chirping and you could see deer running around and you can see squirrels and chipmunks, are in many cases so tangled you can't even walk through there. So the food for the animals or birds to eat, so they've all left. A couple of years ago, we had gone to Northern California, and the fire practitioners there were showing me an area that hadn't burned in 100 years. And it was the dead thicket with nothing in there. You literally go across the road to where they had been doing what they call cultural burning. And there were squirrels in there, and the woodpeckers had come back, and you could pick huckleberries right off the bush. And there were medicinal plants. The oak trees have room to grow, and so they're dropping lots of acorns.

GILGER: So it's this fundamental shift in the way you think about the land and what is, quote unquote, "natural," right?

UTACIA KROL: That's right, Lauren. A lot of what's happening 'til this point is that particularly when the U.S. government took over, their priorities largely were, "How can we exploit the landscape? How can we run cattle? How can we do forestry? How can we put in industrial agriculture?" And so a lot of this land, as John Muir had referred to Yosemite Valley, nature's landscape garden is now overrun with unchecked cattle grazing, which is degrading the watersheds and dirtying up the streams. You've got all these rogue crops, which have eliminated a lot of the biodiversity. But the biggest changes are in the forest, in the woodlands, because as Theresa Gregor from [California State University] Long Beach points out, fire was associated with bad, with evil in European people's minds. And they associate anybody who set fires as being equally evil and equally misguided. And so fire suppression was a key point in federal public lands management. They thought you have to put every single fire out, and you have to let nature take care of things. But when people aren't around to take care of things we see what's happened. We see forests that have not burned in 120, 140 years. And a lot of the dead vegetable matter — you know, dead bushes, dead tree trunks, dead leaves — have accumulated, and they basically just need a spark to set off a fiery catastrophe. And so between this 120 to 140 years of misguided federal land management policies, and now we have climate change, which are making the hotter, drier environment. We have more and more people are moving into woodlands. We have degraded watersheds, which are reducing the amount of water available to both fight fires and prevent fires. We find ourselves in this situation we're in right now.

GILGER: Yeah. Yeah. So there is this effort today that's underway by indigenous groups and leaders to reeducate, maybe, the powers that be on how to more successfully manage land. And this has become — prescribed burns have become part of Western land management, right? But are they doing it in a way that is going to be effective enough to stop these catastrophic wildfires? How far does it need to go?

UTACIA KROL: According to my indigenous sources, because we have so much development in the woodlands, we're never going to be able to just start a fire and walk away. But there are protocols that you can follow to start burning more of these — at least burn firebreaks, at least burn critical areas like mountain meadows and areas around towns — which will still do a lot of mitigation when the next big wildfire comes through. One of the really cool things is that we do see some foresters and fire scientists who are actually working with, with indigenous fire stewards now. It's a small movement, but it seems to be growing. And once they get the resources and once they get, I guess, the political will, we know a lot of these fires have been opposed by landowners around where the Carmel Fire was. Cal Fire, which is the California state firefighting agency, was going to go in and do a prescribed burn right in the area where the fire is, and the landowners opposed it, and the landowners won out. A lot of those landowners and homeowners have now lost their homes because the wildfire overwhelmed them.

GILGER: All right. That is Debra Utacia Krol, indigenous affairs reporter for the Arizona Republic, joining us today. Debra, thank you so much for the time and for explaining this to us.

UTACIA KROL: Well, thanks for having me on.