We’re just getting a glimpse of the powerful monsoon storms in Arizona this blisteringly hot summer. So, as we wait for more, let’s turn to the next edition of our annual Monsoon Series here on The Show. 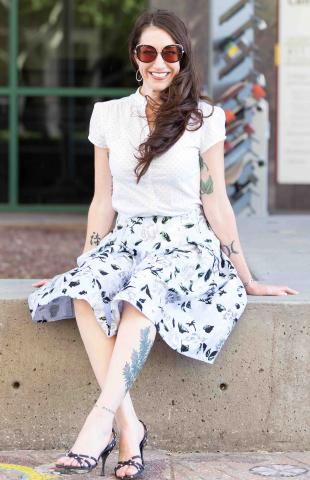 This year, we’re bringing you a curated collection of works on the monsoons. We reached out to some of Arizona’s brightest creatives to bring you their visions of this only-in-Arizona time of year.

We continue today with Phoenix's own poet laureate Rosemarie Dombrowski and two pieces she brought us. The first is an excerpt from a flash memoir she wrote toward the beginning of the pandemic called "Disaster Drills." And the second is a poem she crafted for this series titled "Monsoon As a Metaphor for America."

Unlike many Arizonans, Dombrowski is not entranced by the monsoon storms. In fact, for her, they conjure up traumatic memories of her childhood growing up in St. Joseph, Missouri.

In kindergarten, we were expected to master three things: the art of sharing, the golden rule, and disaster preparedness. We lived in Tornado Alley so every week we filed down to the basement of the school, sometimes clutching the hand of the boy or girl behind us and we tucked our head between our knees and prayed to Mary or one of the saints. We fingered the Rosary beads like we’d seen our grandmothers do.

If we prayed hard enough and didn’t let our minds wander, we might get a cup of juice and a donut just like on Sundays. This was what they called a disaster drill. When the sirens went off in the summertime, I’d grab my Mickey Mouse radio and wait at the top of the stairs. My dad never moved fast enough so when the palpitations in my chest were too much to bear, I’d run down the stairs without him, praying he was close behind. I experienced my first monsoon during a church sleepover.

When the power went out, I thought about my father and all those basement blackouts. As the desert encircled us in dust, my father’s cancer was devouring his cells. Both the storm and my father had passed by morning.

'Monsoon As a Metaphor for America.' by Rosemarie Dombrowski

We watch the lightning zap a tree
then dance between the peaks
as though we’re celebrating our independence,
transmitting the language of victory into the universe.

We fear the rolling wall of dust,
the sticks and stones it carries,
the history of laborers erased.

We ride out the surge
and wait anxiously for the calm.
For the first time in months,
we reflect on what it means to be trapped
by unstoppable forces,
the dynamics of destruction.

Most of us will get out alive
and assume that the worst is over
despite the spores invading our lungs,
the damage to our neighbor’s car,
the power lines downed throughout the city.

Weather, like history, has a way of repeating itself.

The Show’s Lauren Gilger spoke more with Dombrowski about both pieces.