Two years ago, the Arizona Supreme Court was to blame for blocking the Invest In Education initiative from the November ballot.

Two years later, the campaign can thank the Supreme Court for ensuring the initiative will go before voters this fall.

Advocates for increased public education funding are celebrating, but the final challenge still remains: convincing voters to raise taxes for the state’s wealthiest residents to get more money into schools.

The Show spoke with attorney Roopali Desai for more about the initiative's next steps.

STEVE GOLDSTEIN: So the Superior Court ruling, though, is being appealed, was pretty scathing, and Roopali mentioned the politics of this. If you can answer this in two ways for me, many were surprised with this unanimous ruling by the Arizona Supreme Court. Why was this so dramatically different or frankly, were you surprised when we consider that so many of the appointees were Doug Ducey appointees?

GILES: Well, I think the dramatic part is, go back two years ago. The Supreme Court struck the Invest, Invest in Ed initiative from the ballot, and it cited the 100-word summary as the issue. That was the cause for why voters couldn't have a say on this. And Judge Coury's read — ruling in Maricopa County, that too cited the 100-word summary. So in a lot of ways that this was an about-face for the Supreme Court, you could say, but it was also something of a rebuke of that ruling by Judge Coury in Maricopa County because it said, "You misinterpreted our decision two years ago." You know, Coury cited that Supreme Court ruling from 2018 in deciding that the 100-word summary, in his words, was, was "misleading," was a Trojan horse. And we don't yet know the rationale for why the Supreme Court disagreed this time around. But it was clearly a rebuke. It said, "No, this is not confusing. This is not misleading."

LAUREN GILGER: Ben, we've been watching this debate up until now and it's been all about court, right? All about these legal battles about what should be on the ballot and what shouldn't be and why and how. Now we are moving into this campaign phase. What should we be watching for as we sort of work to win the hearts and minds of Arizona voters on either side of this issue? 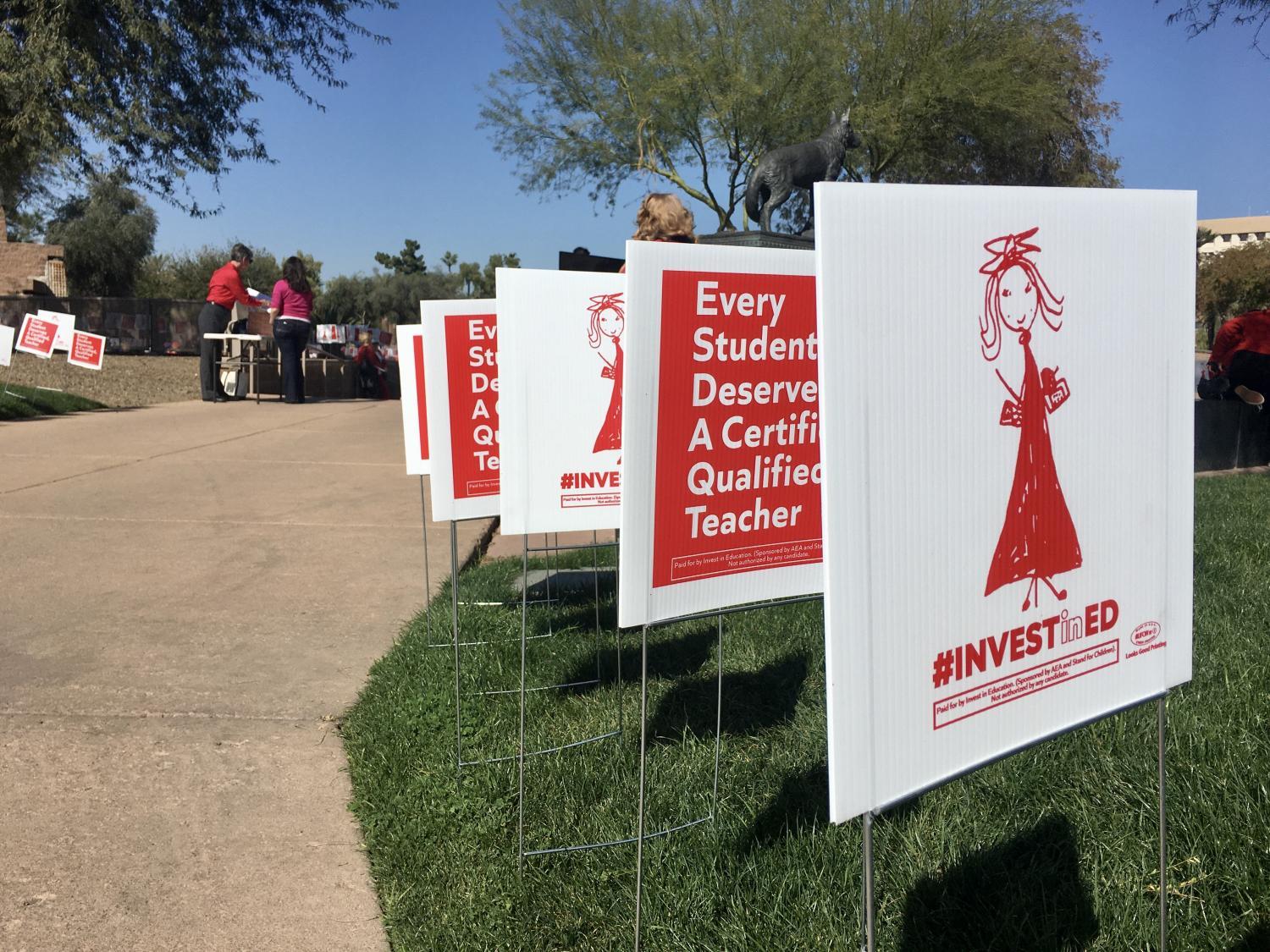 Christina Estes/KJZZ
After the Arizona Supreme Court rejected the "Invest in Education" petition language in 2018, the initiative is back.

GILES: Well, it's, it'll be interesting to see how many people haven't already decided how they feel about this giving, given that it has been debated in courts. But it also has been debated for three plus years now in the hearts and minds of people and how they feel about those court's decisions. You know, if you were frustrated two years ago that you couldn't vote on this initiative, you might be of the mind that, "Yes, I finally get a chance. I finally get a say, and I can vote for more funding for public education." I think the opposition, as Roopali alluded to, the most public face of that so far has been groups funded by the Arizona Chamber of Commerce. We'll see how much they are going to put up a fight. It's no surprise that in the past two years, they've spent a ton legally fighting this. But now we'll see, do they think it's a winning cause in the hearts and minds of Arizonans? And that'll be interesting to see how much of a fight they put up now.

GOLDSTEIN: And Ben, just a few more seconds left. So based on this ruling by the Arizona Supreme Court, we've still got other ballot initiatives in the fight for this. Do you see a trend here, or could these other issues be totally different?

GILES: I think that each 100-word summary, you know, all of the initiatives this year — all four that filed — were challenged on many fronts, but all of them on the 100-word summary. Each is different in its own way, so I don't know that this ruling impacts other appeals that the Supreme Court is hearing. But once we get the full opinion and once we get the rationale behind the Supreme Court's decision on this issue, I think that could have an impact for years to come.

GOLDSTEIN: KJZZ's Ben Giles. Ben, thanks for the update.