USPS: No Infrastructure Changes In Arizona, But Phoenix-Area Residents Complain Of Slow Service 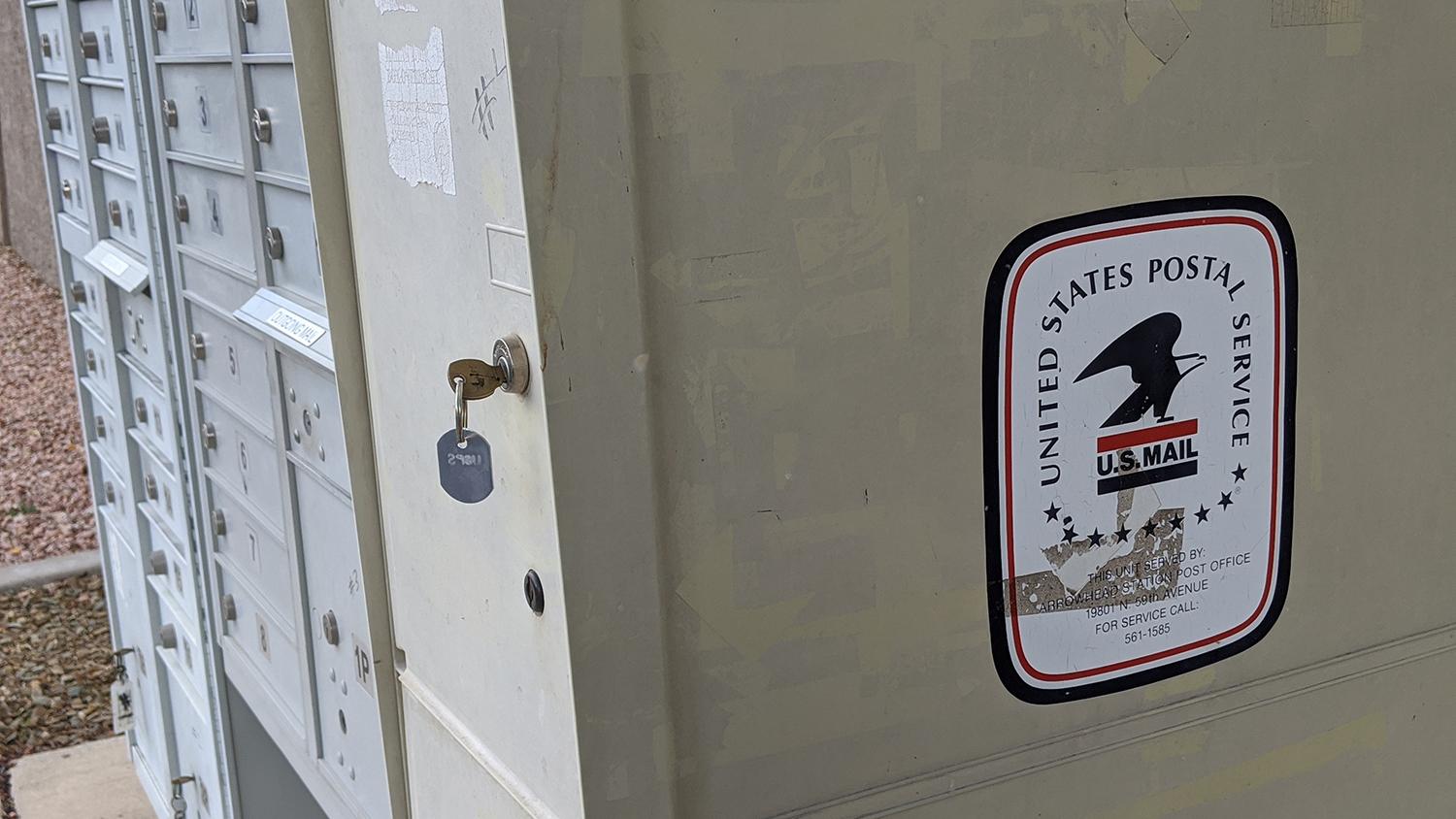 Sky Schaudt/KJZZ
A community mailbox in a Glendale, Arizona, neighborhood.

Several Phooenix-area residents have reached out to KJZZ saying they are experiencing delays in service from the United States Postal Service.

Amid leadership changes at the national level and reports of letter sorting machines being removed from distribution centers around the country, Valley residents are complaining of a slowdown in USPS service.

Bill Baker is a retired science teacher living in Maryvale. He makes sterling silver rings with gemstones that he sells on Etsy to customers all over the world.

He says USPS used to pick up his packages on his doorstep, then he had to schedule pickups, and now even scheduled pickups are being delayed.

“I need to get the packages to the people in a timely manner. You know none of us want to buy something online and have to wait a long time for it,” Baker said.

He says he’s worried other shipments might slow down too like medication for him and his wife.

USPS Arizona spokesperson Rob Spurgeon said while package volume is up, mail volume continues to decline. Spurgeon said no letter sorting machines have been recently removed from the Phoenix processing and distribution center.

"We routinely move equipment around our network as necessary to match changing mail and package volumes," Spurgeon said. "We are retiring older, out-of-date equipment so that we can expand our newer sorting equipment."

"We have both the staffing and processing capacity to handle the upcoming fall mailing season," Spurgeon said.