Undefeated In The Bubble, The Phoenix Suns Narrowly Miss The NBA Playoffs 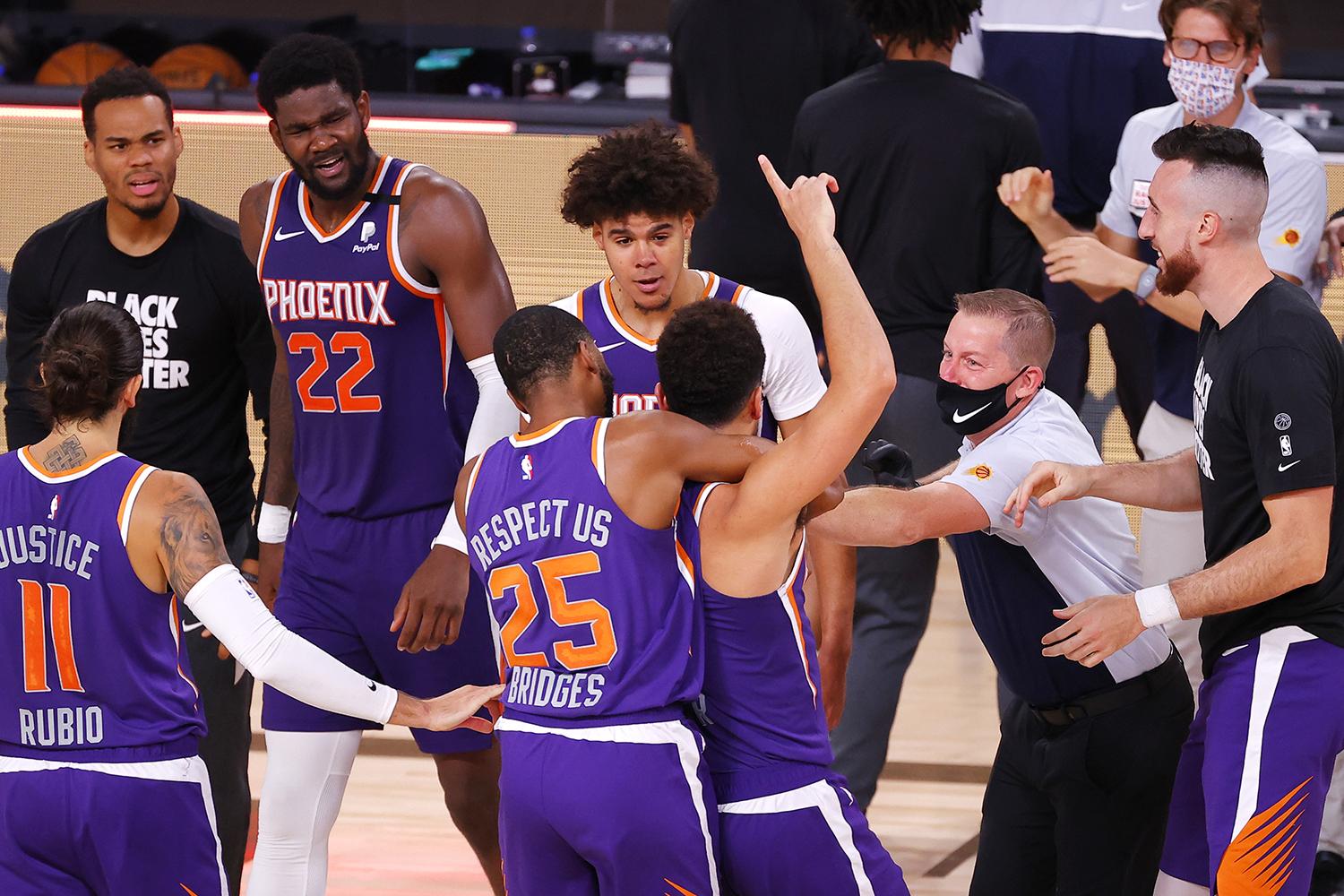 Phoenix Suns
Phoenix Suns players celebrate going undefeated in the NBA bubble after a win over Dallas on Aug. 13, 2020 in Orlando, Florida.

It was an amazing finish, but an ultimately unhappy ending for the Suns, who finished as the only unbeaten team in the NBA bubble, yet still fell short of their first postseason appearance in a decade.

Phoenix beat the Dallas Mavericks 128-102 early on Aug. 13 to finish 8 and 0 in the seeding games. But they also needed either Memphis or Portland to lose to get into the play-in series — and they both won.

Phoenix hasn’t made the playoffs since 2010.

To talk about our collective disappointment this morning, The Show spoke with Greg Moore of The Arizona Republic.