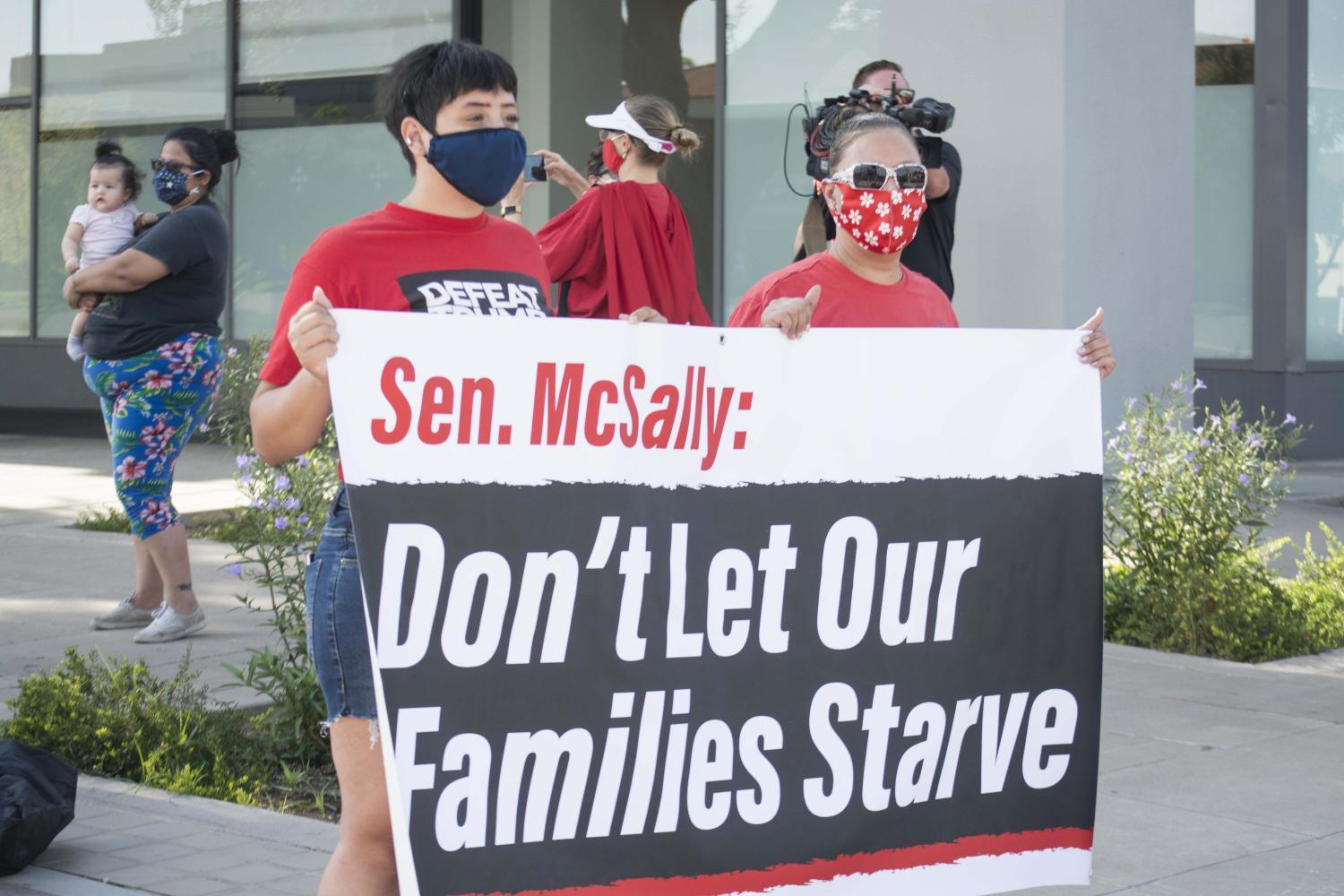 Congress is at an impasse over the federal government’s next coronavirus relief package. But the extra $600 per week in unemployment payments provided by the CARES Act expired at the end of July and many jobless Arizonans say they need help now.

A group of hospitality industry workers with the union Unite Here gathered Tuesday in front of Sen. Martha McSally’s Phoenix office to hand out grocery gift cards to struggling families and to call for continued federal unemployment aid.

Senate Democrats are pushing to extend the extra $600 for unemployed workers. Republicans want a lower payout.

Arizona's maximum unemployment benefit is the second-lowest in the nation. Now that federal unemployment benefits have run out, the hundreds of thousands of Arizonans currently out of work can receive a maximum payment of $240 per week from the state. 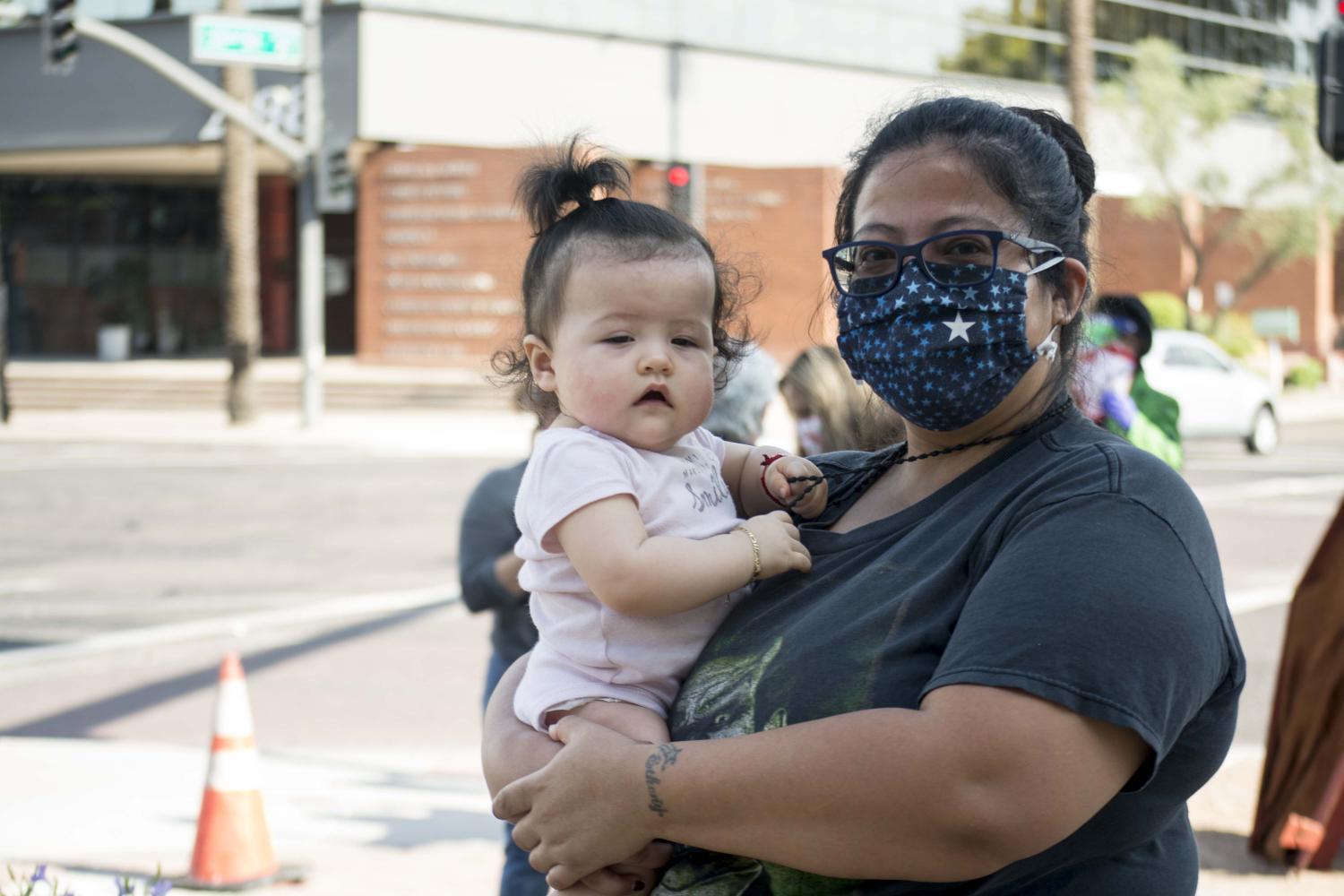 Katherine Davis-Young/KJZZ
Laid-off hotel worker Sandy Villatoro attends a demonstration with her 10-month-old daughter. Villatoro is receiving just $214 per week in unemployment insurance now that additional funding from the CARES Act has expired.

Laid-off Phoenix hotel worker Sandy Villatoro said, at that rate, she might have to choose between paying rent or paying for health insurance.

"I'm just trying to get someone's attention to tell us like, 'we got your back,'" said Villatoro. The mother of two said she'd had her job for five years before the pandemic and had never applied for unemployment insurance before. "I don’t like handouts, but it’s really hard to look for a job right now, especially with what’s going on."

President Trump this month signed an executive order to add $400 to unemployment payouts — $300 would come from federal disaster funds, but states would have to agree to pay the remaining $100. That order is expected to face legal and administrative hurdles before any aid reaches unemployed people. That funding is also projected to run out within weeks.

Demonstrators said they still want Congress to act on a more long-term solution. 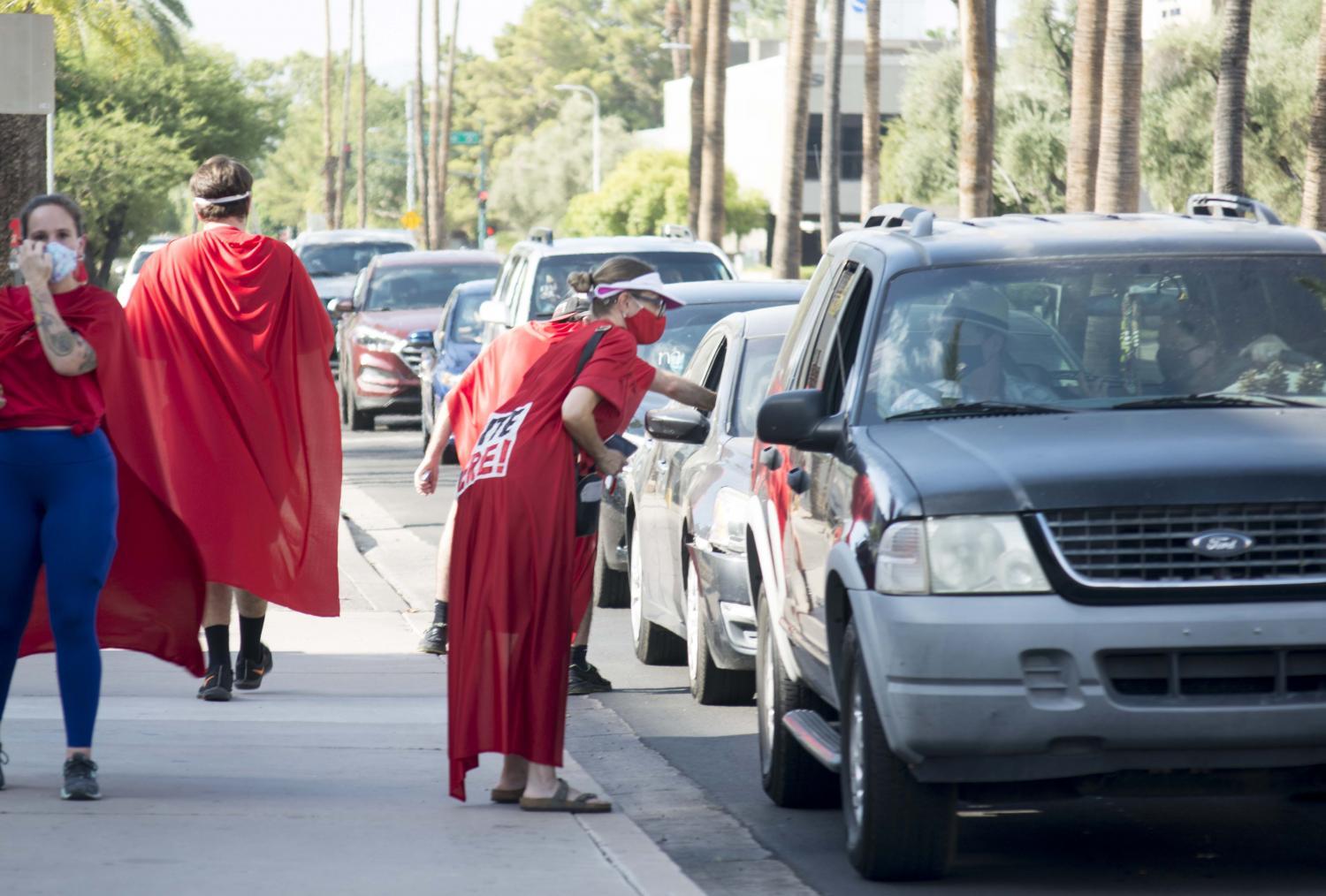