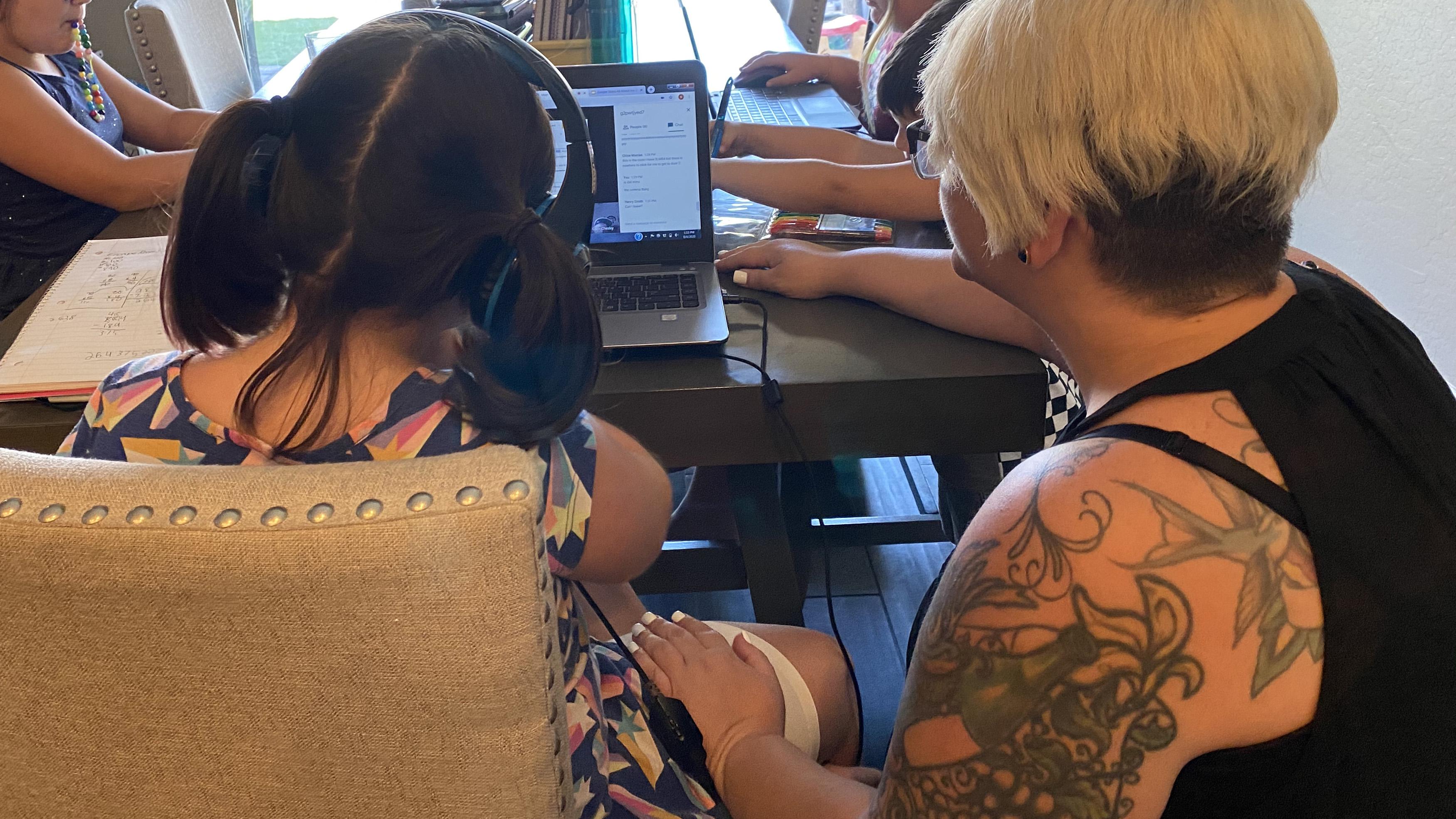 As most schools look toward an at least partially virtual school year, it’s leaving working parents between a rock and hard place. How do you coach school-aged kids through online classes from home and work yourself?

It’s just the position that Natalie Rizzo-Stevens found herself in recently. The mother of four was about to have a new baby when she was furloughed from her job last spring. She worked in live events and those were over for quite some time.

As she considered what her next professional move should be, she wondered: What should she do with her kids when they didn’t go back to school in the fall if she went back to work?

So she — like so many other parents around the country right now — got creative.

She launched the Eastmark Educational Home Care Co-Op, which kicked off a few weeks ago. The Show spoke with her for more about how it works.