Overall Number Of Train Accidents Down In Arizona And The U.S.

The number of rail accidents involving hazardous chemicals nationwide has declined in the last decade, and improvements to rail car design may be partially responsible.

The derailment and fire at the bridge over Tempe Town Lake on July 29 could have been a lot worse. One of the cars leaked cyclohexanone, a flammable chemical, while others burned. But the leak was quickly contained. One reason may be that the car’s contents were clearly marked, as required by law. 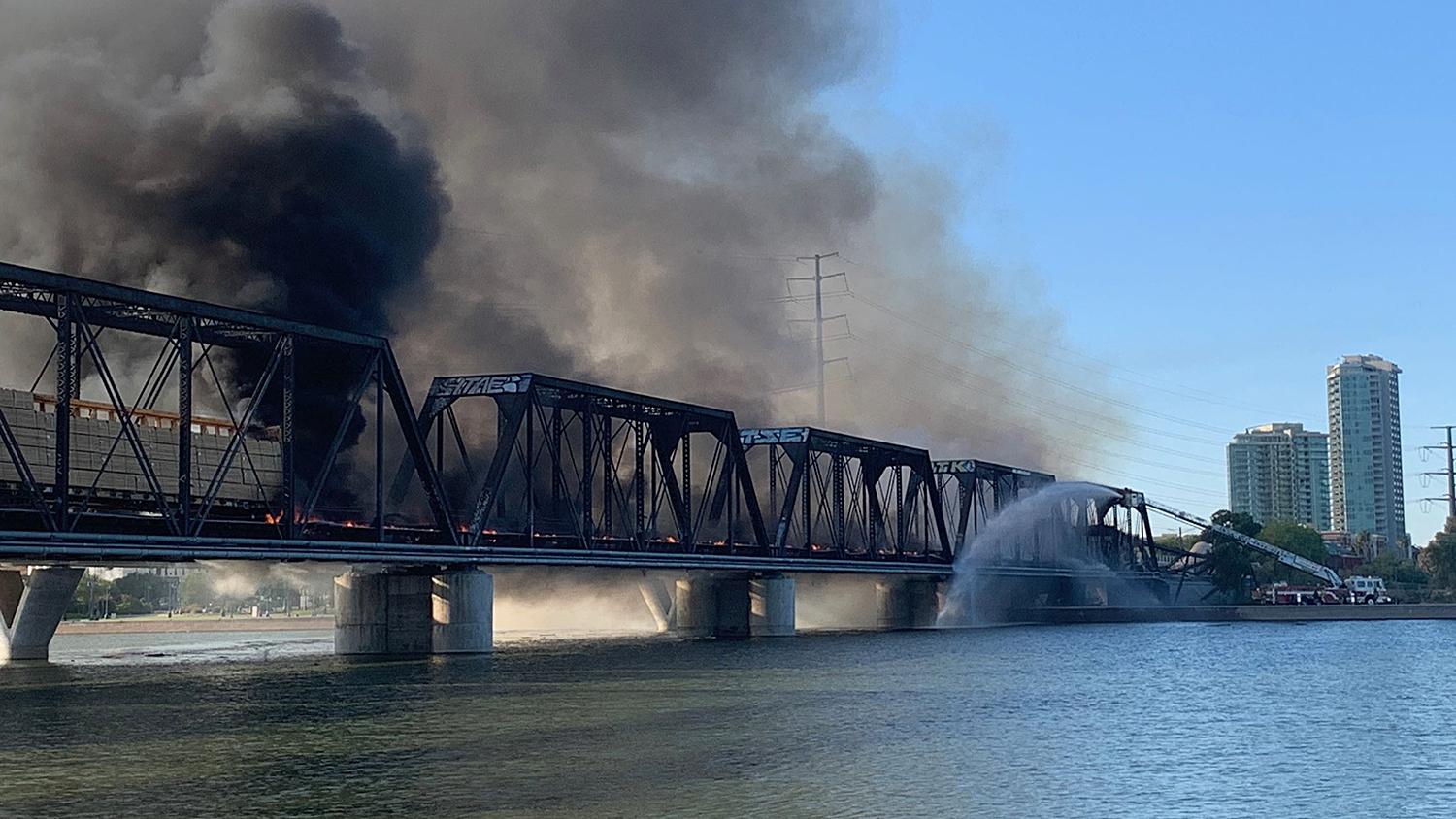 Kiril Hristovski, an associate engineering professor at Arizona State University, said that over time, rail car design, from valves to labeling, has improved. Walls are stouter and standards are higher. At the same time, accidents are down.

“You have a decrease in railroad accidents, over the last ten years, and they’re almost decreased by, I would say, half,” Hristovski said.

In 2019, rail cars accounted for less than 2% of all transportation accidents involving hazardous materials. In Arizona, there were three such incidents.

“When we look at these things, it is important to see where we’re headed, whether the measures, the regulations, the requirements that the government and the agencies are putting out there for professionals, whether they’re providing results that we hope for,” Hristovski said.