While many restaurants are suffering financially due to COVID-19, there are growing calls for the federal government to help independent restaurants — those that are not part of national brands or large chains.

Over the last several months, KJZZ has been following two Phoenix restaurants through the crisis. This report starts downtown where some people waited in triple-digit heat to support their local restaurant.

The Breadfruit And Rum Bar

After 119 days of no searing scallops, no sautéeing shrimp, no grilling chicken, no mixing cocktails, stirring rum punch, or sipping mojitos, the Breadfruit and Rum Bar opened its doors for one night in July. Co-owners Dwayne Allen and Danielle Leoni called the takeout event "Jerk Chicken Friday."

“The greatest reward was being reminded how much I love doing what I do and why it’s so important for us to reopen,” said Leoni who serves as executive chef.

It was a reunion for employees and customers. After four months, a chance to see faces they missed — partially covered, of course.

“You could still see the glee and excitement in their eyes and in their voices to some extent, albeit it a little bit muffled,” said Allen.

The pop-up event was also an opportunity to support local farmers and ranchers, people they worked closely with for nearly a dozen years before the pandemic forced Leoni to stop placing orders. Locals like Dave Jordan from Two Wash Ranch, McClendon’s Select Organic Farm and Maya’s Farm.

“When you think about the farming community they’re not even experiencing the same degree of relief that we’re getting and we don't have enough relief,” Leoni said.

The Breadfruit received money through the federal government’s Paycheck Protection Program (PPP). It’s a forgivable loan if businesses can show they used most of the money to keep employees at pre-pandemic levels. But Leoni says the rules don’t work for many independent restaurants and she’s been using the money to cover rent, utilities and vendors like Arizona farmers growing chickens and vegetables.

“If I have to pay back the PPP as a loan, I won’t be able to pay that monthly bill. That check is going to be too big for me to pay,” she said. “So, I am really gambling here.”

Leoni is counting on Congress to pass a bill aimed specifically at independent restaurants that generate less than one and a half million dollars in annual revenues. Famous chefs like Marcus Samuelsson are part of the Independent Restaurant Coalition, a national group pressuring politicians through social media and TV ads running on cable news networks. 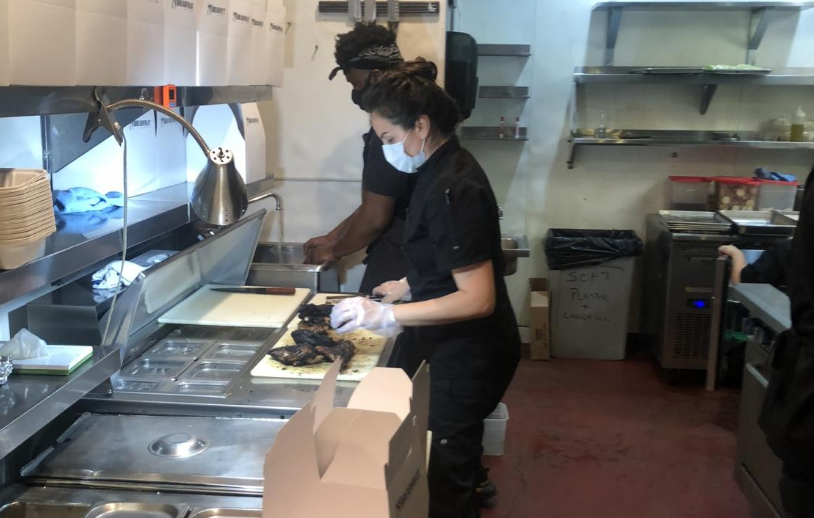 The RESTAURANTS Act calls for a $120 billion fund for privately-owned, independent restaurants to use as needed- not as loans, but grants to cover a variety of expenses, not just payroll. Without the financial support, Allen, said communities across the country and Arizona will be robbed of culture.

“Restaurants are how we define so much of what makes us unique,” he said. “It’s how we tell the world who we are when the world shows up at our doorstep to visit with us. No tourist is going to go visit a city that doesn’t have a strong restaurant community.”

"Restaurants are how we define so much of what makes us unique. It’s how we tell the world who we are when the world shows up at our doorstep to visit with us."
— Dwayne Allen, Breadfruit and Rum Bar

The Breadfruit plans to repeat its jerk chicken event, possibly on a monthly basis. But there are no plans to become a regular takeout joint — it’s not that kind of restaurant.

But the Chicago Hamburger Company is.

Early on, Bob Pappanduros kept his fast casual restaurant in east Phoenix open for takeout only. Then, he added limited dine-in service in May, along with some evening hours. As the owner, Pappanduros does it all — taking, making and delivering orders — with a side of mask enforcement. 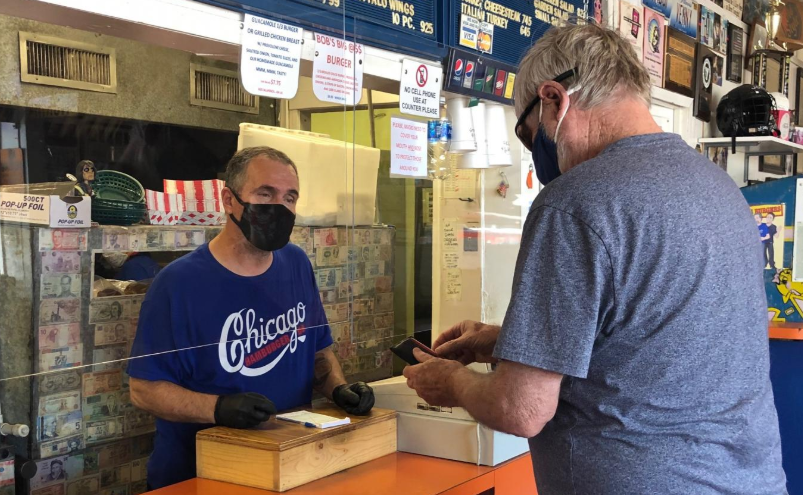 “I’ve had a couple days when I didn’t have to tell anybody, that’s only happened twice in the last month, but it sure is nice when I don’t gotta play cop,” he said. “You know some of them forget, that’s OK. Some of them don’t want to, couple of them I’ve shown the door.”

During the first couple months of the pandemic, his business was about 60% of normal. Now, it’s around 70%. Pappanduros thinks that could change again this month because people are no longer getting an extra $600 from the federal government in weekly unemployment benefits.

“That’s $2,400 a month that people are not going to be having anymore. Now is what the real economy’s going to settle in-unless they pass a new package,” he said. “You now, the one-time check is one thing but really the continuous check is what’s really kept people floating.”

EDITOR'S NOTE: Audio from the restaurants was provided by the owners at KJZZ's request.