What A New $50 Fee Means To Asylum Seekers In The U.S. 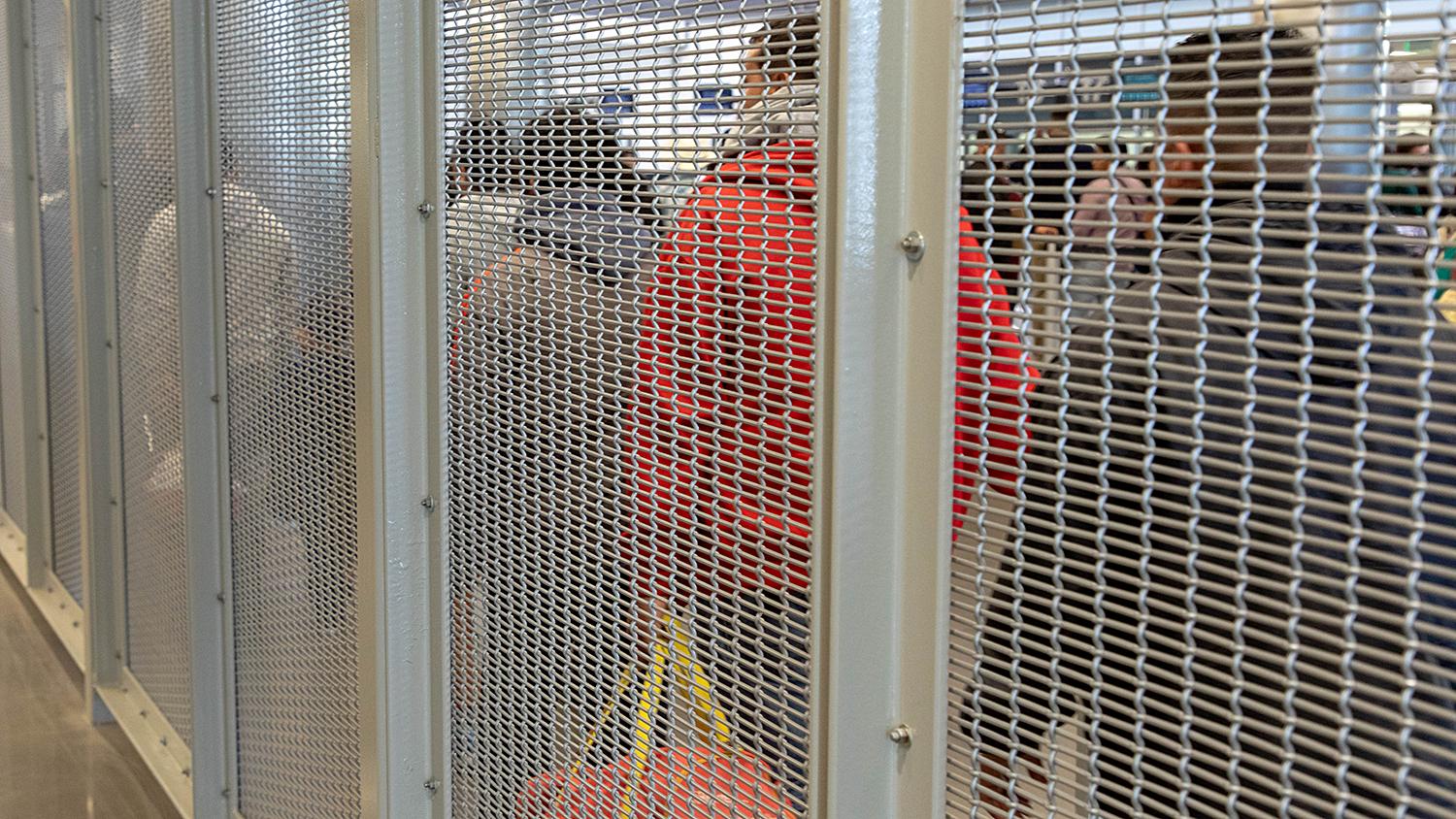 Mani Albrecht/U.S. Customs and Border Protection
CPB processing migrants, some of whom are asylum seekers, at the San Ysidro Port of Entry in 2018.

LAUREN GILGER: For the first time, people fleeing persecution will have to pay a fee to apply for asylum in the United States. The new charge is part of an updated fee schedule for U.S. Citizenship and Immigration Services that was published this week. It includes sharp increases in the costs immigrants pay to apply for a variety of immigration benefits. And it makes the United States one of just four countries to charge asylum seekers applying for protections. Kendal Blust from KJZZ's Fronteras desk is joining us this morning to talk more about these changes. Good morning, Kendal.

GILGER: OK, so let's start with the asylum application fee. What does this mean for asylum seekers?

BLUST: Well, as you said, the U.S. is now joining just three other countries — Fiji, Iran and Australia — in charging asylum seekers to apply for protections. The new rule means anyone who applies for asylum through USCIS will now have to pay a $50 fee. And asylum seekers will also have to pay to apply for their first work permit, which had been free for asylum seekers. And just to clarify, this $50 fee applies to asylum seekers who are not in deportation proceedings. Asylum claims made by people in immigration court typically go through a different process. But Laura Belous, an advocacy attorney with the Arizona nonprofit Florence Immigrant and Refugee Rights Project, says there is another proposed rule that would add a $50 fee for asylum seekers before the immigration court. And she and other migrant advocates say these fees are really an outsize burden on people fleeing persecution.

LAURA BELOUS: Even though $50 doesn't sound like a whole lot of money, a lot of our clients are truly penniless. Folks who have made it a very long way from their homes in Central America, or Mexico even, have been robbed along the way or had to spend all their money. So $50 can be a truly insurmountable barrier.

BLUST: She says putting fees on asylum applications could delay some people from applying and ultimately prevent some asylum seekers from exercising their right under international law to access these protections.

GILGER: And asylum seekers aren't the only ones who will be affected by this change, though, right? How broad are these fee increases?

BLUST: That's right. Application fees have gone up for a number of immigration benefits. For immigrants applying to become U.S. citizens, the fee increased by more than 80% to nearly $1,200 dollars, up from about $650. The costs to apply for a work permit has increased. Application fees for some temporary worker categories have gone up. And then DACA recipients, for example, won't see a fee hike. But they will have to go through a renewal process every year and pay for that every year instead of every two years. And then USCIS is also doing away with a lot of fee waivers, except in a few cases, including for victims of domestic violence and human trafficking and some other categories.

GILGER: So, Kendall, what do we know about why these changes are being made?

BLUST: Well, we know that USCIS says it's facing a big deficit and that more than two-thirds of its employees will have to be furloughed by the end of the month if it doesn't get emergency funding from Congress. It's asking for a $1.2 billion dollar bailout. Unlike other federal agencies, USCIS depends on fees to fund its operations. So raising those fees could help the agency recoup the costs of processing applications. But immigration advocates are skeptical of that rationale. They point to other changes the Trump administration has made to asylum and immigration policy to say that these fees, especially on asylum applications, seem like just one more barrier intended to discourage people from accessing these immigration services.

GILGER: All right. That is KJZZ's Kendall Blust joining us from the Fronteras Desk in Hermosillo, Mexico. Kendall, thank you so much for the time.