'This Is Something That Always Happens': ASU Professor Urges Reflection On Southwest Colonial History 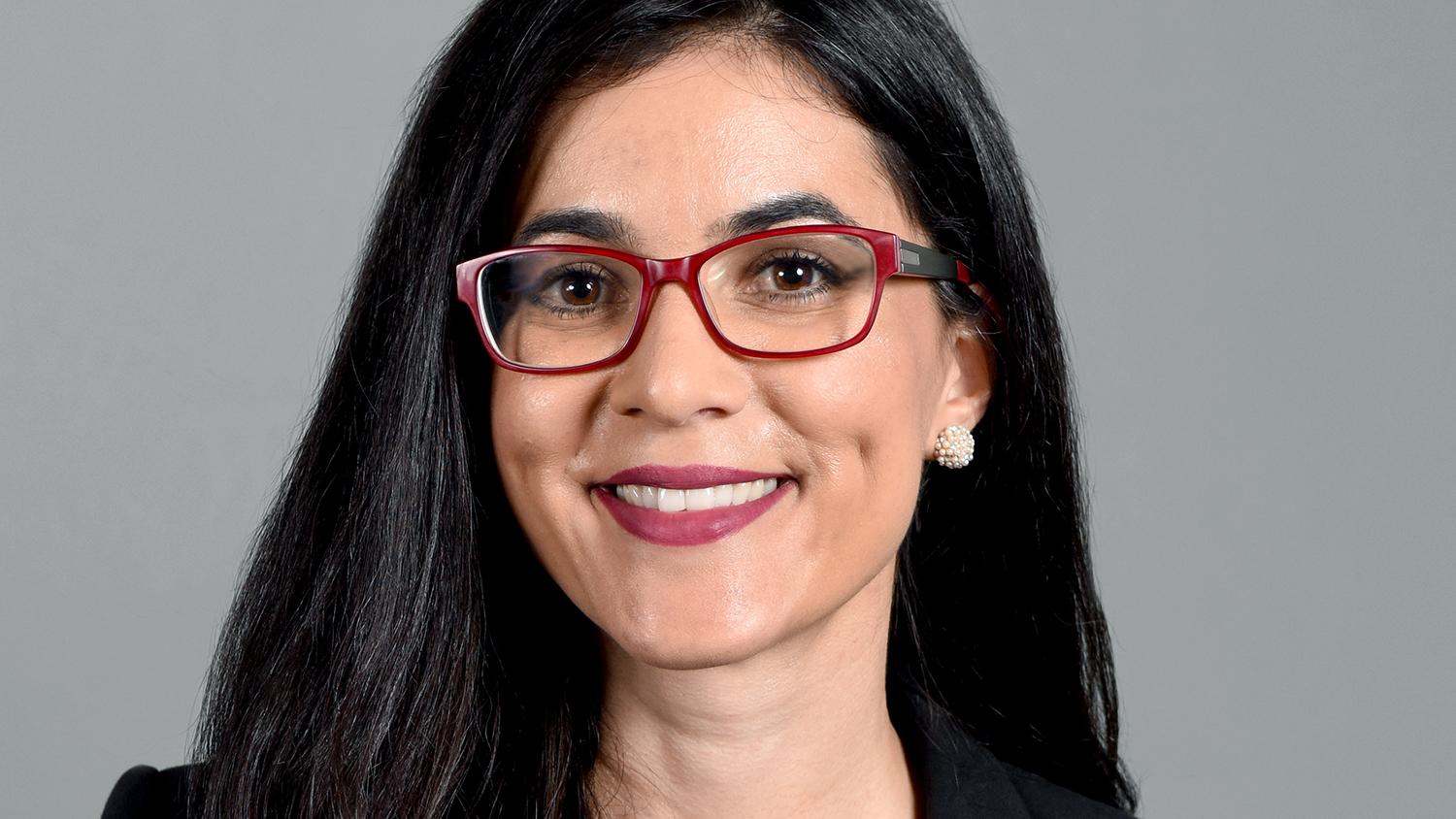 LAUREN GILGER: Two Confederate monuments were recently removed from state property in Arizona. As the debate continues across the country about what should happen to these kinds of relics of our country's often racist past. But our next guest says it's not just Confederate monuments we should be paying attention to. Vanessa Fonseca-Chávez teaches Chicano and Indigenous literature at ASU, and she's contributed to or authored two new books addressing the Southwest's colonial history. "Querencia: Reflections on the New Mexico Homeland" was just released, and "[Colonial Legacies and Contentions in Chicana/o Literature: Looking Through the Kaleidoscope]" is due out in October. Both works take a closer look at Spanish conquistador Juan de Oñate. A monument of Oñate was removed in Albuquerque earlier this summer after protests over it grew violent. I spoke with her more about him and the legacy — and monuments — he's left behind in our region of the world.

VANESSA FONSECA-CHÁVEZ: Most people know him as the last conquistador, not because they love naming him that, but because he was the last Spanish conqueror to enter this area. So you have this individual who essentially for many people, is known as the founding father of New Mexico — the founding Spanish father of New Mexico. And of course, that's a really problematic way to look at him. But there are many folks in New Mexico, Hispanics, who can trace their lineage back to some of those primary expeditions into New Mexico and those. So there's a certain sense of pride attached to that for individuals. And, of course, my arguments in, in both my chapter in the Querencia book and my book that's coming out in the fall, is that we need to know a more complex version of that history, because it's not accurate to say, you know, "This was, this was my father," right? We sort of think about it in a way like, George Washington is the father of the United States. And so we have this particular, like, affinity to these individuals because of that. But it allows a lot of people to think about that founding fathers in the sense of that, you know, if these folks hadn't arrived, the culture that I practice, the, the language that I speak, the heritage that I'm so closely attached to would not exist. And so for a lot of folks, it allows them to make particular justifications for, you know, the atrocities that one might have committed or, you know, the fact that Oñate was banished from New Mexico after being found guilty of various war crimes and crimes against his own settlers. You know, that sort of tends to get overlooked because if he hadn't of come, we wouldn't have what we have today.

GILGER: Yeah, let's dig into the problematic parts of the history around this particular figure a little bit more before we move on. I mean, what are some of the, the sort of real criticisms that are coming out about him today? 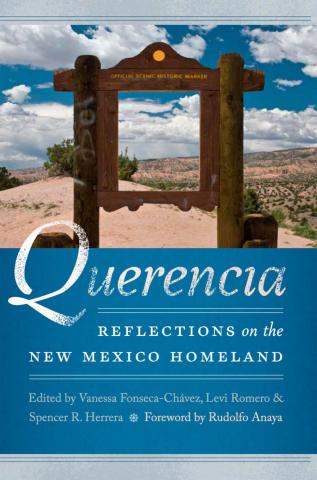 FONSECA-CHÁVEZ: Think the largest criticism is that while he may have ushered in a particular Spanish heritage in the Southwest, he did so by committing various atrocities against indigenous peoples in New Mexico. And what I study is literature. And so I look particularly at "Canto 34," which is from "Historia de la Nueva México," the first epic poem to have been written in this, this part of the United States, and that was published in 1610 by Gaspar Pérez de Villagrá. And that last canto talks about the atrocities that were committed at Acoma Pueblo in 1599, wherein hundreds of Acoma Pueblo inhabitants were killed, and also men had their foot cut off in punishment for. And this is where the historical and the literary record kind of, you know, don't coincide. But some folks will say, "Well, he never he never cut the foot off of anybody because that just doesn't make sense. If you were gonna put them to slavery, why would it make sense to have a foot cut off? They wouldn't be able to do that." So some folks will, like I said, sort of justify that by thinking that, "Well, that doesn't seem possible," even though the historical record notes that that is what happened. And so that specific canto to me, to then go out and celebrate a man who committed these atrocities, who almost decimated an entire pueblo, and then say, "Well, look at all he brought," right? And so that to me seems really, it seems critical to look more closely at that moment and to move past the justification of that and say, "This was not OK." If we can't acknowledge that, that historical past and the way in which that historical past has contributed to ongoing traumas, then we really can't — I can't anyway — support the placement of statues in various places to honor this particular individual.

GILGER: That's interesting. So you do come down on that side of it, because there is a debate around this, right? Like you're watching, you know, protests happen around statues of Oñate in Albuquerque today. I mean, where do you think the line is in terms of knowing our history and celebrating it?

FONSECA-CHÁVEZ: Yeah. And I think most, you know, well-rounded individuals have sort of, you know, engaged in different ways with the literature. But I think that, you know, in the same way that I think about Confederate statues, right? I'm not from the South. I don't have as big of a knowledge about the history of Confederate statues as I do about what's happening in the Southwest, but I know that the individuals that are being celebrated were not fantastic. So, but, and that may or may not lead me to read more to find out about that, right? But if I really want to sort of defend my perspective, I'm going to read carefully and I'm going to be able to come up with, you know, not only the historical facts, but the literary interpretation that has happened over time to be able to have a well-formed opinion about something. And I think that's what's really important.

GILGER: Is there a danger, you think, in this moment in which we're seeing so much of this effort to, to get rid of statues, celebrating people like this and in moments in our history like this, of erasing that history? Or do you think it's more complicated than that; there's a way to do both?

FONSECA-CHÁVEZ: I think it's complicated because the issue with the Oñate statues is that they were met with protests from the moment that they were going up. And the larger argument that I make with that is the funding that's attached to these almost are always people of, you know, people that want to celebrate this legacy. People that are from a different sort of socioeconomic status. Even the statue in El Paso, for example, which is the largest equestrian statue in the world, this was put up after the one that went up in Alcalde, New Mexico, after the one that went up in Albuquerque. And so it's sort of just interesting to think about, you know, if the argument is that these statues really celebrate our history, how many statues do you want? And are you willing to listen to detractors or folks that feel differently about that history. If you're not willing to listen to that, but you're also part of the socioeconomic class that can make it happen, then that's where sort of the power imbalance happens when you're really talking about whether or not this is OK.

University of Arizona Press
"Colonial Legacies and Contentions in Chicana/o Literature: Looking Through the Kaleidoscope."

GILGER: Last question for you, Vanessa, then. What do you want to come from this debate? Like, I think there's a lot to be learned just from these conversations, like you say, that everyone's having and trying to learn more about the history and figures like Oñate. Do you hope that, that as a result of these debates, as a result of this conversation we're having nationally and here in the Southwest, that, that we come out of this with a more holistic view of our own history? And where would that take us?

FONSECA-CHÁVEZ: Yeah. I would really advocate for folks to not have knee-jerk reactions to what is going on around them, right? And that our, our propensity to sort of engage in these conversations can be guided by work that has been done in the past. This is not the first time that Oñate has been brought up regarding, you know, some other sort of political moment, right? This happened in the '90s. This happened as early as 1901. So this, this is something that always happens in response to different political urgencies, and there's something that we can learn from that. So if we, if we know that deeper history, I don't think that it's going to be over anytime soon. The present state of both statues in Alcalde and in Albuquerque is that city officials had — city and county officials have taken those down and they're protecting them in undisclosed locations for future conversations. And so this is not over. There's no sense that they're being taken down permanently. But I do think that where we go from here really matters.

GILGER: All right. That is Vanessa Fonseca-Chávez, an assistant professor at ASU's College of Integrative Sciences and Arts, where she teaches Chicano and Indigenous literature. Vanessa, thank you so much for joining us.