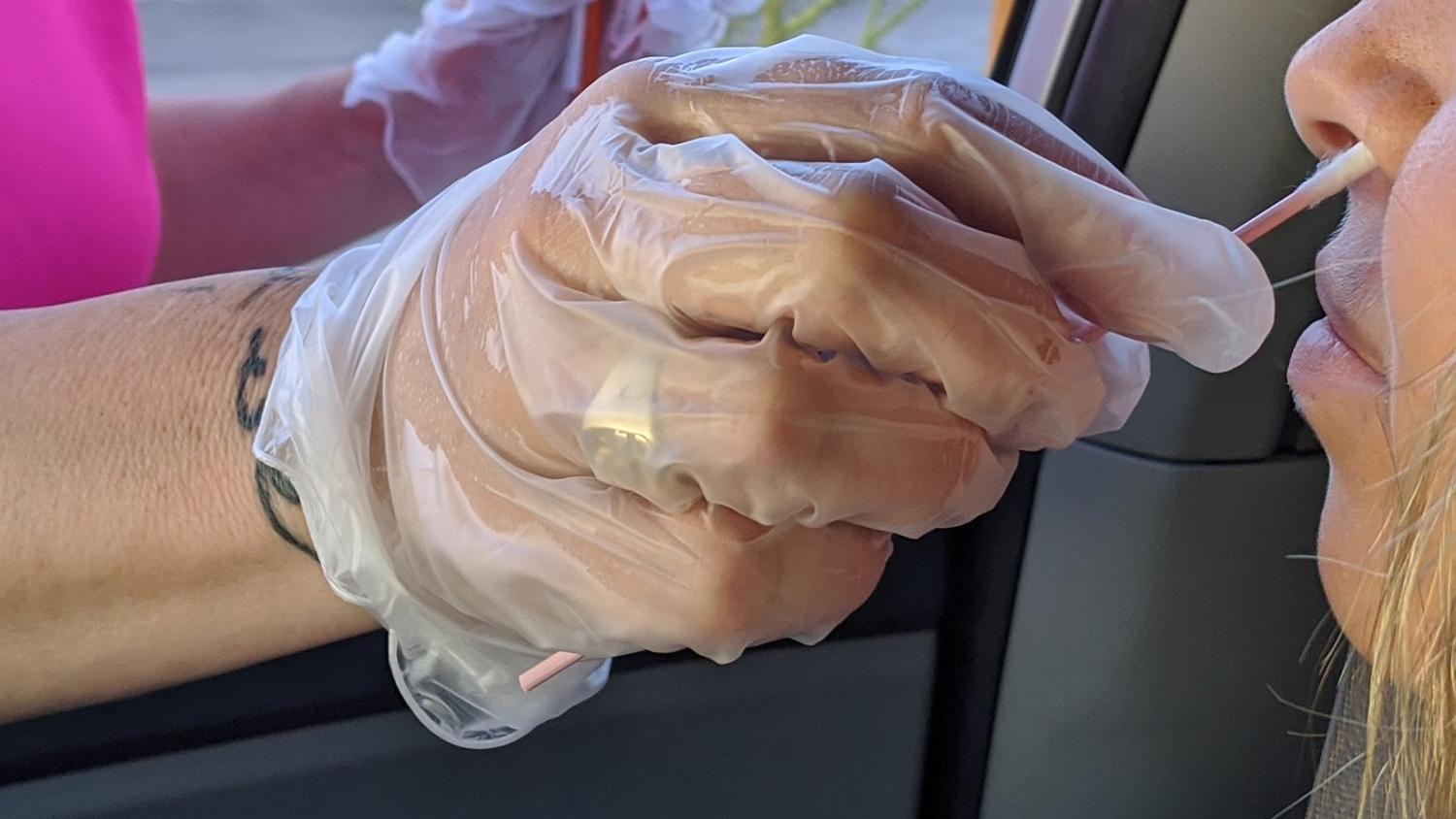 The Arizona Department of Health Services recorded another 2,107 new cases of COVID-19 July 28, bringing the total number of cases to nearly 166,000. An additional 104 deaths have been reported — on July 27, the state reported no new deaths. To date, 3,408 Arizonans have died because of the virus.

Meanwhile, many Arizonans have been reporting long delays in the time it takes to get COVID-19 test results, some waiting as long as two weeks. At least one testing provider, Embry Women’s Health, said it’s no longer working with one of the state’s largest labs, Sonora Quest, because of extended wait times.

Arizona Department of Health Services Director Dr. Cara Christ is defending the lab — and doubling down on promises that they’ll be able to run 65,000 tests per day with the help of an additional testing machine.

But she did acknowledge the situation is not ideal.

“We know that patients are frustrated. We in public health are frustrated at the long turnaround times," Christ said. "If patients don’t know what their results are, they’re less likely to stay home, they’re less likely to quarantine, and especially if you’re waiting a long time for that. From a public health standpoint, in order to be able to do contact investigations and have an impact, we really like to get those results turned around in about 48 to 72 hours.”

"So part of it is personnel," she said. "And I know that Sonora Quest has plans to bring on additional personnel but one of the rate limiting factors has been the reagents. And so if we only get enough reagents to run 3,000 tests a day, that's all they're going to be able to run regardless of how many people they have."

But once Sonora Quest plows through those pending tests, Christ says we could see changes in daily totals or even a spike.

"If they would clear, say 20,000 labs and there were 5,000 positives," she said. "That's going to look huge because we haven't had days like that. But that would just be because there was a larger number of labs brought in that day, but it would get back filled in it. wouldn't look like it was just a one day spike."

Testing sites at South Mountain Park and Maryvale High School had promised to return results 24 to 48 hours after they are received. July 28 is the last day to get a free COVID-19 test at those sites. And results — provided by a lab in California — are now expected within five days.

When those sites opened, the goal was to test up to 2,500 people at each site per day. But attendance fell short of expectations. Fewer than one-third of available tests were used on the first weekend the sites were open despite weeks of long lines reported elsewhere. Christ said the lower than expected attendance likely reflects a decreasing demand for testing.

But the testing backlog could be playing a role in the drop, and as that data rolls in, Christ said it affects the outlook across the state.

“What we tend to see happen is, as those cases backfill, it pulls the percent positivity down a bit," Christ said. "So, we continue to monitor and identify, as it’s backfilling, what is that doing to our data. That’s one metric that tells us what’s going on in our community, but we’re also using the information that our hospitals are providing to us on a daily basis.”

The South Mountain Park and Maryvale High School sites will be open to everyone until 2 p.m. July 28.