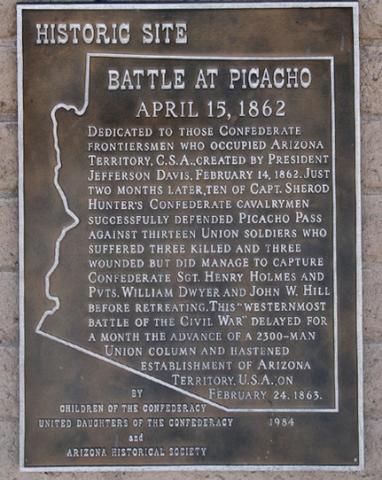 Two confederate memorials remain on state land, but one has gone missing.

A brass plaque at Picacho Peak State Park, which honored Confederate soldiers who fought there when Arizona was a territory, was reportedly stolen a month ago.

The last memorial on state land is at the Sierra Vista cemetery. But Gov.  Doug Ducey has made it clear that he will not unilaterally remove Confederate monuments because there must be a public process.

“I'm going to stay with the policy that I've had through this. I want to see a public process. When the Legislature comes back we'll have the opportunity to put a public process forward," Ducey said.

A spokesperson from the Arizona Historical Society said there are no plans to replace the plaque stolen from the state park.

Earlier this month, and also without action from Ducey, the United Daughters of the Confederacy agreed to take back two other Confederate monuments that had been on State property, including across from the Capitol.