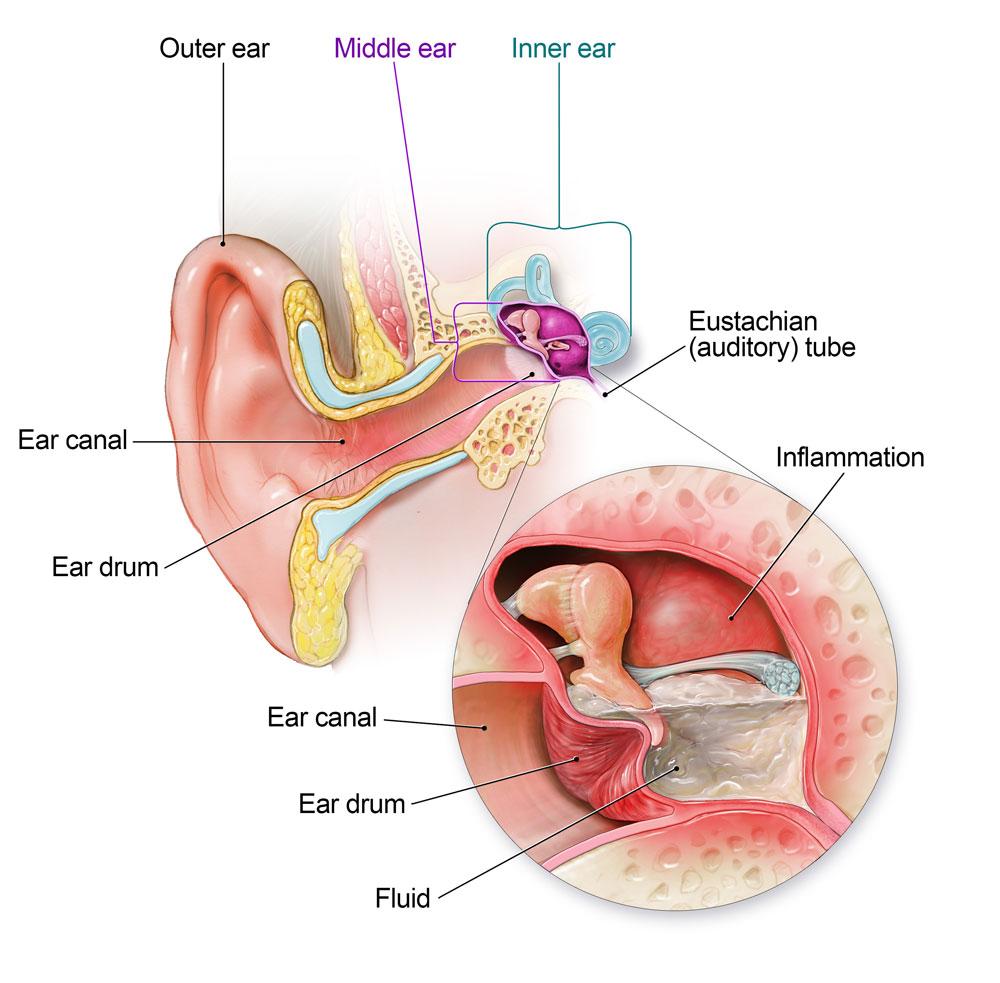 Centers for Disease Control and Prevention
A diagram of an ear infection.

Ear, nose and throat specialists have known for years that coronaviruses like colds and flu can spread to the middle ear. Now they've found the same holds true for the coronavirus that causes COVID-19.

The colonization of the middle ear — the cavity located behind the eardrum – has caused no known additional symptoms or transmissions, but it strongly suggests ear doctors should wear protective equipment during surgery and certain in-office procedures.

The results appear in the journal JAMA Otolaryngology–Head & Neck Surgery.

In autopsies performed at Johns Hopkins Hospital in Baltimore, Maryland, doctors found evidence of SARS-CoV-2 in the middle-ear and mastoid areas of two of three COVID-19 patients.

The mastoid process is a triangular part of the skull that juts out behind the ear. It contains air spaces that connect it to the middle ear.

The virus likely spreads via the eustachian tubes that connect the middle ear to the upper throat, behind the nose. This conjunction, known as the nasopharynx, is an early site of SARS-CoV-2 infection and thus a favored spot for swabbing during coronavirus tests.

The authors hypothesized the lack of evidence of SARS-CoV-2 in the third patient, a woman in her 60s, might result from the 44-hour period that elapsed between death and autopsy, during which viral material might have degraded.

The second patient, a woman in her 80s with a 48-hour gap separating death and autopsy, showed evidence of infection in only one of four areas. By comparison, the first patient, a man in his 60s, had virus present in all four areas tested after a 16-hour delay.

As an alternative explanation, the authors also suggested the virus might not spread to the middle ear in all cases.