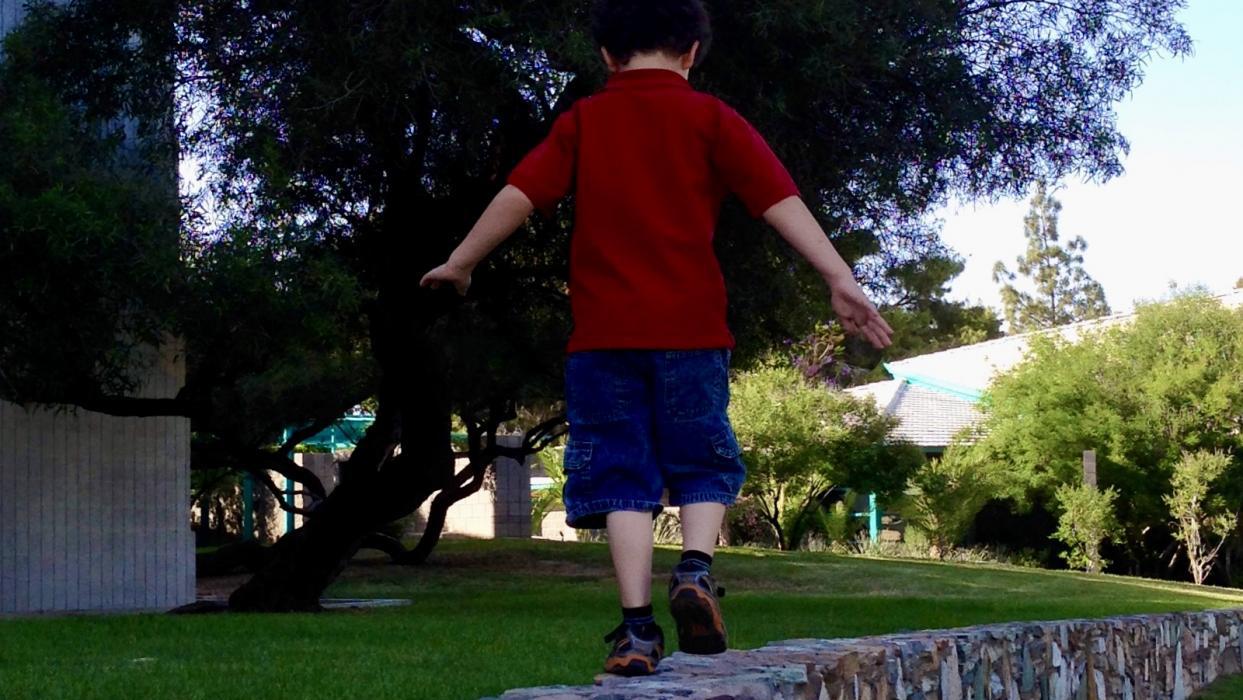 Nationwide, nearly 70% of people who report suspected child abuse or neglect are mandated reporters — people with a legal duty to report their suspicions to child welfare agencies.

In Arizona, the most common mandated reporters are teachers and education staff. But with schools closed since March the number of reports has dropped and there’s growing concern about how to keep kids safe when they’re not safe at home.

It was a middle of the night worry that prompted Stacy Reinstein to text a group of friends and former colleagues.

As a former child welfare administrator, Reinstein understands the importance of having eyes on kids, especially now during a pandemic and recession.

“Many neglect cases are often because a parent is not able to find a safe alternative to care for their child and so they're often- they might be left alone, they may be left in the hands of an unsafe caregiver,” she said.

Research shows economic uncertainty is not only stressful for adults, but can be harmful for children. A 2013 study by Columbia University researchers found drops in consumer confidence during the Great Recession were associated with more frequent spankings by mothers and an increased risk for abuse, particularly in households with men who are not the biological fathers.

What Experts Are Seeing

Starting in mid-March, Phoenix police reported a jump in domestic violence calls and, in late April, Tasha Menaker with the Arizona Coalition to End Sexual and Domestic Violence spoke to the Phoenix City Council.

“We’ve been receiving calls from survivors who are whispering because the person who is harming them is in the next room,” she said. “We also have seen abusers weaponizing COVID. We had one example of an abusive partner tearing up someone’s health insurance card.”

The Coalition says in Arizona, one or more children witness a domestic violence incident every 44 minutes. The Centers for Disease Control and Prevention say at least 1 in 7 children  experienced abuse or neglect in the past year.

“The level of stress that families are under under these circumstances is astronomical, frankly, at this point,” said Dr. Allison Jackson, a pediatrician at Children’s National Hospital in Washington, D.C.

Jackson was part of a June panel discussion organized by the advocacy group, First Focus on Children.

“Children being confined in the home adds to the risk for potential harm because the perpetrators or offenders of child abuse are more commonly those very people with whom they live,” she said.

During the pandemic, Jackson has received fewer referrals for children who’ve been sexually abused while the Rape, Abuse and Incest National Network (RAINN) is hearing from more young people. For the first time since its national sexual assault hotline launched in 1994, RAINN says more than half of those reaching out have been under 18. Of those children, 3 out of 4 said they were living with their abuser.

"The level of stress that families are under under these circumstances is astronomical, frankly, at this point."
— Dr. Allison Jackson, Children’s National Hospital

From Worry To Action

“It’s OK to ask a kid how are they doing, are they OK?” said Reinstein.

Her middle of the night worry led to a grassroots effort. She and other child welfare advocates compiled flyers, posters and social media messages to share across their networks. Reinstein said the goal is to encourage people who are seeing kids in neighborhoods, at grocery stores, and virtual gatherings to be vigilant and compassionate.

Their messaging includes resources for families that need financial and emotional support along with Arizona’s child abuse hotline — a hotline that’s expected to see a significant spike in reports when students finally return to school.

In June, State Sen Victoria Steele, (D-Tucson), announced a public information campaign coordinated with child advocates across Arizona to encourage adults to take action when they have concerns. In a news release, Steele said, "We want everyone to take responsibility for the safety of children." 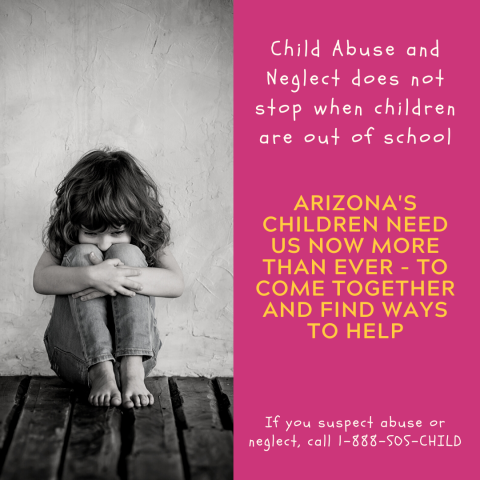 How To Get Help

If you're unsure whether to report, need more information or want to speak to a counselor you can call or text the Childhelp National Child Abuse Hotline at 800-4-A-CHILD (800-422-4453). Trained counselors are also available for live chats at childhelphotline.org.

If you or someone you know needs utility or rental assistance, emergency food, mental health services or other help in Arizona, dial 211 or 877-211-8661. Community and Information Referral Services are available 24/7. 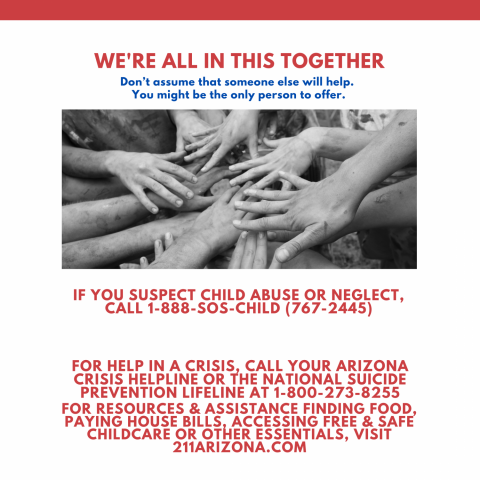