Old Arizona Liquor Licenses Cause New Problems For Some Restaurants 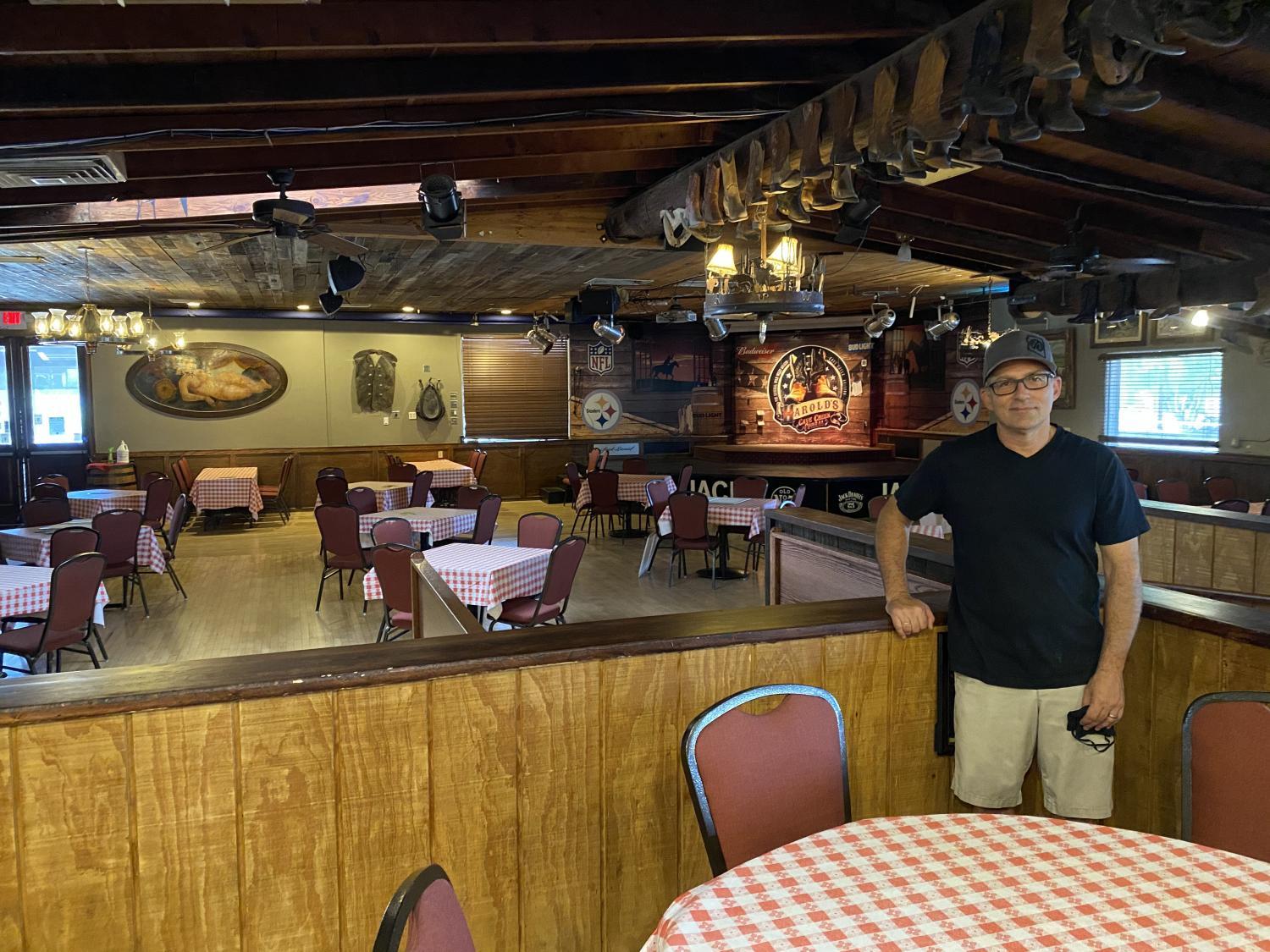 Harold’s Cave Creek Corral has been an institution in the north Valley community since it was founded in 1935. The enormous Western bar and restaurant can seat more than 600 people. It’s served celebrities including M*A*S*H film star Sally Kellerman and Dick Van Dyke.

Like many older restaurants, it owns a coveted Series 6 bar liquor license instead of the more restrictive Series 12 restaurant license. With Gov. Doug Ducey’s recent executive order shuttering bars with Series 6 and 7 licenses due to the coronavirus, Harold’s status has been in limbo. An inspector from the Arizona Department of Liquor Licenses and Control ordered Harold’s to cease dine-in service or risk losing their license altogether.

A Series 12 “restaurant” license requires an establishment to have at least 40% of its sales come from food.

Arizona Restaurant Association CEO Steve Chucri says it was common for older restaurants to obtain a Series 6 “bar” license so they could avoid that requirement.

“Pioneering restaurants that have been in this Valley and around the state for decades, it was very common for them to invest in a 6 license because of the value of the license,” Chucri said. “It was a wise investment, because the license carries value over time.”

He cited historic restaurants like Macayo’s and Bill Johnson’s Big Apple as examples of restaurants that likely made that investment. A Series 6 license was special, he said, because it gave managers the most flexibility in terms of sales. They’re harder to come by, since they’re only available through a lottery. If a restaurant was lucky enough to get one, they snatched it up.

Nobody could have foreseen the coronavirus pandemic, though, and the order shuttering establishments based on the type of license they owned.

According to Harold’s owner Danny Piacquadio, they meet all the criteria for a restaurant - except for the liquor license. Nearly 60% of their sales came from food since 1987. They have a full menu. They shut down their two bars after Ducey’s executive order, and were only serving alcohol to people who ordered food.

“We went along with all the mandates as they changed,” Piacquadio said. “We put all the tables 6feet apart. We added sanitizing stations in 10 locations in the restaurant. We required temperature checks for employees before starting their shifts, and wouldn’t let them work if they were showing symptoms.”

They even took steps to prevent customers from treating the restaurant like a bar, Piacquadio said.

“We put tables on the dance floor so we prevented congregations on our dance floor,” he said. “We cancelled all music. We put out-of-order signs on our pool tables and our dart boards. We made sure people were having food with their alcoholic beverages. We made sure everybody was sitting at a seat, socially distancing.”

That wasn’t enough for a Liquor Department inspector during a visit on July 4. Three days later, on July 7, Piacquadio got a call telling him to either close the restaurant or risk losing their license.

“I told them I’d pull out all of our bar stools, I’ll make sure nobody sits at the bar, I’ll make sure everyone who has alcohol has food,” he said. “But we were told we’d have to voluntarily close or risk a 60-day suspension.”

The Arizona Restaurant Association, which advocates for the restaurant industry, is seeking relief from the Governor’s Office. Chucri says the order, while well-intentioned, has broad unintended effects on restaurants.

“One unforeseen circumstance of this is you could be penalizing true restaurants, even though they have a 6 license,” Chucri said. “Sadly, there’s some confusion out there, and we’re trying to rectify it with Harold’s and some other bars that have been shut down across the state, even in some of the rural parts of Arizona.”

Chucri said the Governor’s Office has been receptive, and has solicited feedback from the association and restaurant owners.

“No playbook came with COVID-19,” Chucri said. “It was a gesture of them trying to make sure things were in the right order and comport with the (executive) order. What I think we’re doing as an industry is trying to educate them on how their order is impacting (restaurants), and in specific cases, it may not be applicable.”

Until then, though, Piacquadio says Harold’s is serving takeout food to its loyal customers and eagerly awaiting a time he can reopen his restaurant to all.

“We’re losing money, but again, we’ve been open more to keep some people employed, and symbolically,”  he said. “But we hope that something changes sooner than later, so we can get back to what we were doing.”