Download mp3 (6.71 MB)
Sky Schaudt/KJZZ
An office for the Arizona Department of Economic Security in Phoenix.

Hundreds of thousands of Arizonans have lost their jobs since the pandemic began. But the additional $600 a week in unemployment insurance from the CARES Act expires July 25. With federal money drying up, some say it's time for Arizona to change its state unemployment system.

Arizona’s Department of Economic Security was hit with a tsunami of applications for unemployment insurance in the early days of the pandemic. In January and February of this year, the department was handling 600 to 700 phone calls a week. Recently, 6,000 to 7,000 have come in.

Many applicants have experienced delays.

“I did call, it was like four to five hours waiting. At the end they just say, ‘All lines are busy,’” said Lucia Salinas. 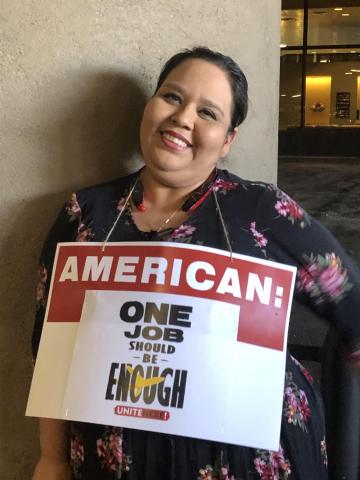 Lucia Salinas
Lucia Salinas worked as a cook for 18 years before being laid off due to the pandemic.

Salinas worked as a cook for 18 years before being laid off in March. She said it took more than two months before her unemployment application was sorted out and she was finally paid by the state.

DES now has more than 750 employees helping handle unemployment claims. The department has paid out nearly $6 billion to unemployed Arizonans in the last few months.

But delays in payments have had consequences. With no money coming in for weeks, Salinas and her husband collected scrap metal to sell. They relied on food banks. They pawned their TV. Salinas sold all of her jewelry except for her wedding ring.

“That’s the only way I can survive to pay my bills," Salinas said.

Salinas said it was a relief to finally receive her unemployment insurance. But now she has other worries.

The CARES Act provided an extra $600 a week to people out of work. That comes to an end July 25. At that point, Arizona will return to a maximum weekly payment of just $240 — the second-lowest benefit cap in the country.

Unite Here, a union that represents workers like Salinas in the hard-hit hospitality industry, is advocating for the state to expand its unemployment program.

“There’s going to be a ripple effect of people not having a reliable income, and the state has an opportunity right now to step in and make a direct intervention," said Rachel Sulkes, a union spokesperson.

Sulkes said Arizona’s low payouts are a concern. But the union also wants the state to look at unemployment eligibility requirements.

That’s something that worries Salinas. She expects she’ll be called back to work soon, but with reduced hours. She’s predicting she’ll be making too much to qualify for Arizona unemployment insurance, but not enough to pay her bills.

“I cannot live with only 20 hours every two weeks," Salinas said.

In addition to having one of the lowest payouts, Arizona has the country’s lowest income disregard — meaning the state counts anything higher than $30 a week as income and deducts that from unemployment payments.

Salinas is not alone. Some businesses are just partially reopened, some have changed their hours, some are finding demand has changed, and many Arizonans are now working, but underemployed. 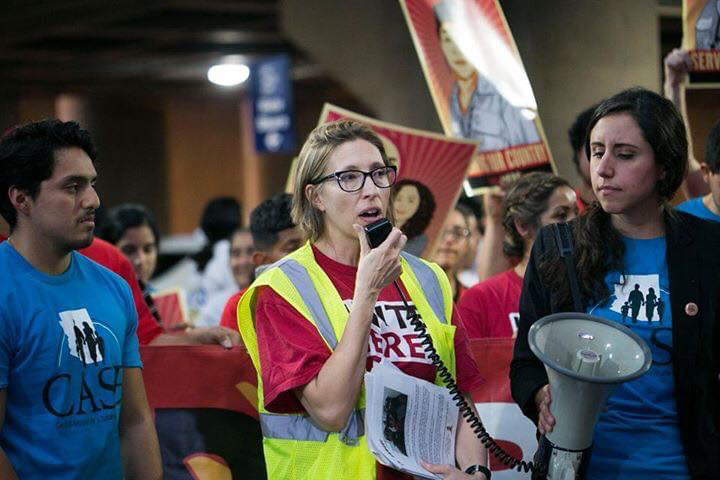 Policy consultant Dana Naimark said one of the ways the state could make the biggest impact right now would be to raise its low bar for what counts as income. “So that people who are getting called back to jobs but at much reduced hours can keep their jobs, stay employed, keep the economy going, and still earn some benefits so that they can pay their rent and pay for groceries," Naimark said.

Unemployment insurance comes out of a state trust fund that employers pay into. Research from the Grand Canyon Institute, a non-partisan Arizona policy think tank, suggests Arizona could bring its program more in line with other states at a cost of about $100 per covered worker per year.

Naimark said COVID-19 has shown how critical unemployment benefits are. But she said the state’s low benefits cap could make economic recovery in the state slower.

“Unemployment insurance has a great economic stimulus effect because when people have some income coming in they can buy the necessities, which helps keep the economy going," Naimark said.

For now, Salinas doesn’t know what to do. She doesn’t want to lose her job, but worries going back to work will mean exposing herself to the virus. And even when she’s bringing in a paycheck again, she doesn't think it will be enough.

“With this situation, we just need more help," Salinas said.

But with supplemental CARES Act funding ending this week, advocates say the time for the state to help is running out.