'What Is Even Funny Anymore?': How The Killing Of George Floyd Changed Comedy 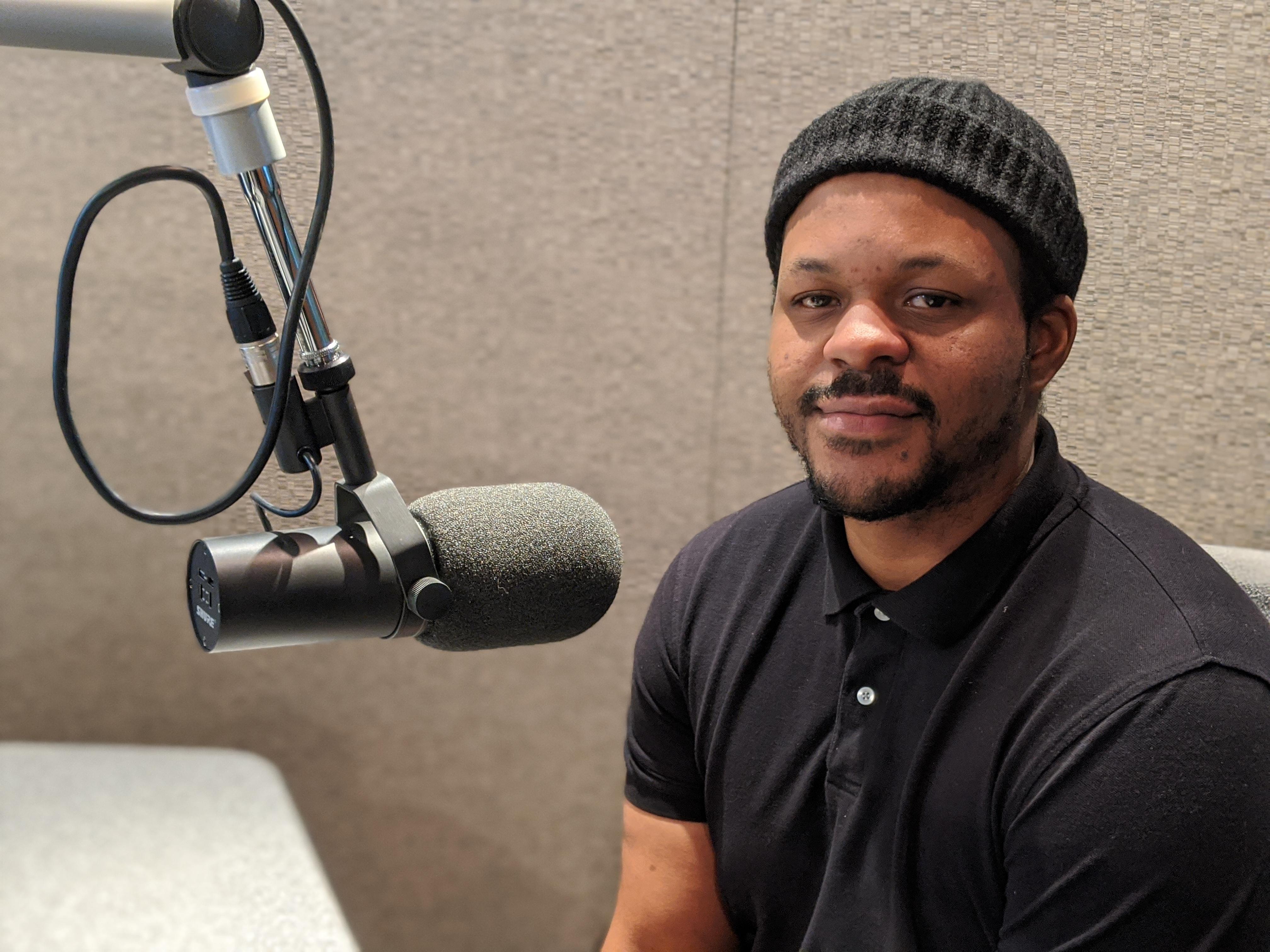 STEVE GOLDSTEIN: Earlier this spring, we introduced you to African American comedian Anwar Newton as part of our Stand Up Sit Down series.

ANWAR NEWTON: I think some of the best jokes come from the ugliest places. And I think humor is rooted in what's wrong and what's incorrect. And that's what makes it funny. I think when you think of it in a political sort of scope and you decide what can and can't be joked about, you can have that sort of standpoint on whatever topic that is. But when it comes to comedy, my sort of perspective on it is, I don't like to police anybody.

GOLDSTEIN: I caught up with Newton again this week because I wanted to find out whether his perspective on comedy, and how his audiences are reacting, has changed since the killing of George Floyd and the subsequent protests and rallies. I started our conversation by asking whether he's noticed a difference.

NEWTON: It definitely has changed a lot for comedy in general. And I know that the current racial inequality conversations are at the forefront, but I think it even goes further back to when the COVID-19 pandemic started. After everyone went into quarantine and then the riots started, it kind of made everyone just stop and pause and take stock of what should be focused on and if, and if everything is worthy of being joked about, if not for progress's sake, but just in a "What is even funny anymore?" I had a moment where I was performing and hosting before COVID-19 got really crazy here in Arizona, and it was really hard for me to even talk about some of the things I talked about prior to the pandemic starting and the rioting starting. So, yeah, it's, it's changing people's conversation, and people are very sensitive to where they want to tread and what they want to talk about, because I think most people don't want to speak to the detriment to something that they feel is very important right now.

GOLDSTEIN: Can these issues be joked about in a dark, sarcastic way or is it just too much? Because this is something that many people of color have dealt with their whole lives.

NEWTON: It absolutely can. It's just, it's so sensitive. And unfortunately, these events keep happening. So it's hard to write and make something funny when in another few months, half a year annually, you have another episode. You know, I remember writing a joke back when Mike Brown was killed in St. Louis after he had allegedly stole some cigarettes and how Eric Garner was choked to death and started the "I can't breathe" sort of slogan after he was selling loose cigarettes, and I had made a joke where I was like, "Black people need to stop smoking cigarettes because it's killing us." So you know, I kind of I tried to find that through line, and it was very funny, but then, you know, another one happened and then it stopped being funny. Because there's a limited capacity to focus on every single atrocity that kinda comes. I can say Mike Brown to some people, and they won't really remember who that is, or Sandra Bland or Philando Castile. They're like, "Oh, I can't remember that," because there's a new name to fill in the old name. And I think that's where the exhaustion with the country is sort of coming from.

NEWTON: Currently, I've, I've got a lot of friends and I think a lot of black people have been experiencing this. There's just a lot of people who aren't black trying to be allies. It's reassuring, but it's also exhausting getting a private message from a friend like, "How are you? How are you doing?" It's like, "I'm, I'm OK-ish," you know? Everyone's trying to check in with me, and it's appreciated to see that everyone's trying. I actually was joking on social media how I don't want the, I don't want everybody jumping on this like it's a trend, you know? But then I stepped back and I kind of checked myself and I'm like, "If it's cosmopolitan, if it's sexy, if it's in vogue, if it's trendy to, like, care, then I think I'll, I'll take that over nothing." If it's fashionable to care about racial matters and social issues, if it's fashionable for you to really care, then I'll start there.

GOLDSTEIN: You have a new little one, is that right?

GOLDSTEIN: OK, so the inevitable question has to come then. So is this a good world to introduce an African American child?

NEWTON: I thought the world 10 years ago wasn't worth bringing in new kids, so I don't know if this one's any better, but I think objectively it's getting better every year. I would like to hope that that's the trend. But it's very grounding to now see a new generation. It kind of made me stop and pause and [take] stock of my entire life at that point. But I remember speaking to a friend, and I have a 17-year-old niece who moved to Portland. And I remember when she was born, and we used to play games and listen to Daft Punk's album, and she had certain tracks that we had to put on repeat on the way to the grocery store. And at 17, she was leading the Black Lives Matter protest in her new home in Beaverton, Oregon, near Portland. And — it's hard to explain how that sits with somebody who isn't in this sort of malaise of racial inequality every day. It's hard to see somebody who was born and see their innocence transform into militant activity. It's hard to see somebody who was carefree and sees themselves as equal as everyone and then grew up to be 17 and now marching for justice. And when my son was born — I mean, I hate to be defeatist, but I know that in 17 years he'll be making the same posts. He'll be joining the same marches, having the same conversations about why we are as we are in this country. And that's what kind of made me just pause when he arrived.

GOLDSTEIN: Wow. Do you think there will change in some way, that, will you see white people laugh in the audience and look over their shoulder to make sure that it's OK for them to laugh?

NEWTON: I hope so, because those are the best jokes. Those are the only jokes I like making.

GOLDSTEIN: All right. Anwar Newton. Great to catch up with you again, man. Good luck.

NEWTON: It was good to talk to you as well. I will, you too.