This Mysterious New Illness Threatens Kids Who Recover From COVID-19 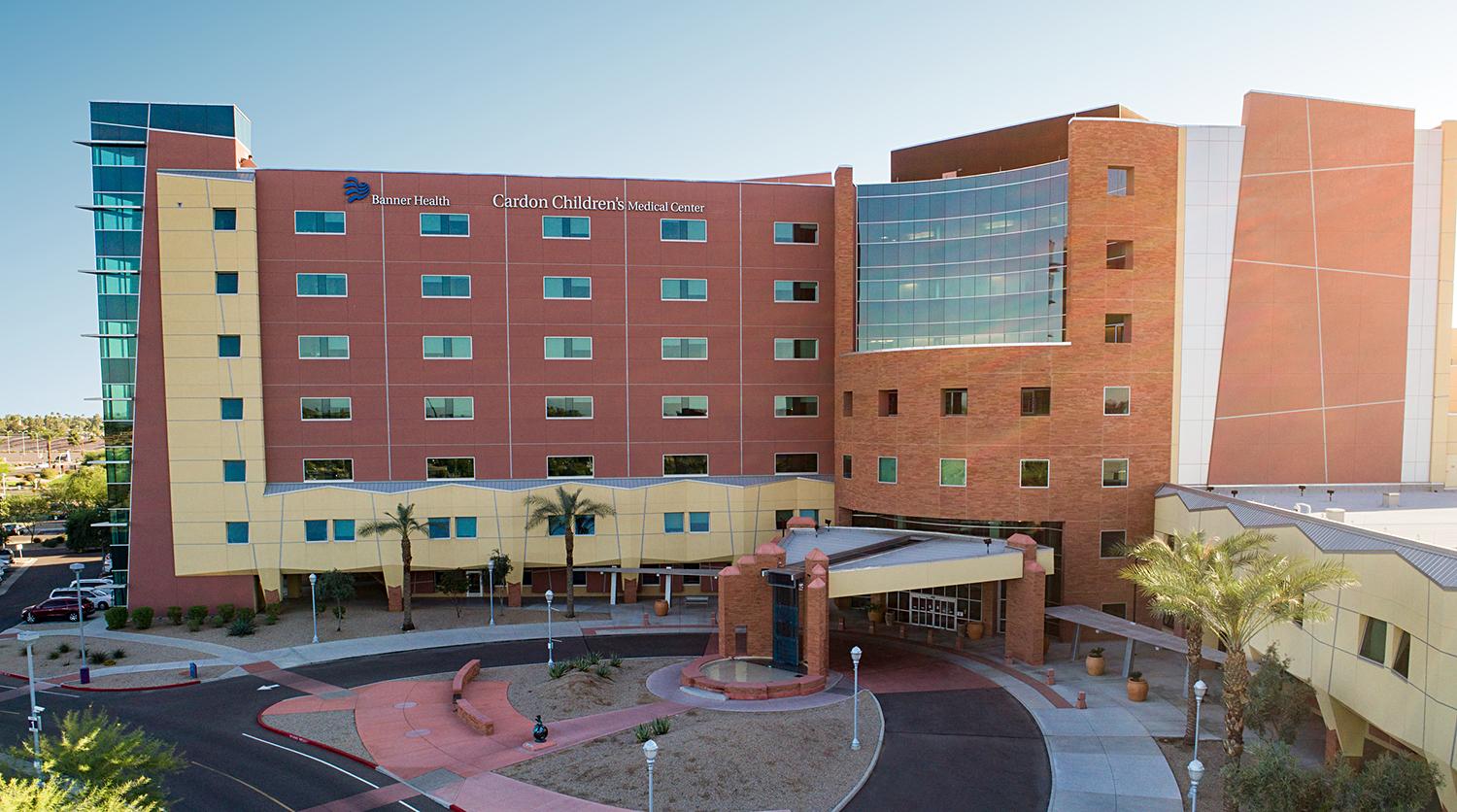 As schools prepare to possibly reopen amid the coronavirus pandemic, some take comfort in the apparent ability of children to weather the virus. But as cases in Arizona ramp up, so too do infection rates among people 20 and younger — including occurrences of a mysterious related illness.

"It was sort of towards the end of March that a number of pediatricians started noticing an unusual illness. We had children who were admitted to pediatric intensive care units, critically ill with a very unusual syndrome," said Dr. Michael Levin, professor of pediatrics and international child health at Imperial College in London, England.

The case history was offered as part of a clinician briefing conducted by the Centers for Disease Control and Prevention.

Levin was among the first to encounter multisystem inflammatory syndrome in children (MIS-C). The illness causes fever, severe gastrointestinal problems, shock and assaults on multiple organs such as the liver, kidneys and especially the heart.

"The cardiac findings were striking. A significant proportion of them — eight out of the 19 who had echocardiograms — initially had evidence of impaired left ventricular function," he said.

Five of the patents showed evidence of an enlarged coronary artery. One had developed an enormous aneurysm on that vessel.

Most of the children were treated in intensive care and were slow to recover. Two had to be placed on extracorporeal membrane oxygenation (ECMO), also known as a heart-lung bypass machine. One died of ECMO complications.

Some patients experienced neurological symptoms. Some developed respiratory problems, though far less frequently than did adults with COVID-19.

While other experts compiled data on the new coronavirus and worked to protect those most at risk, pediatric doctors gathered clues about a disease that appeared to affect otherwise healthy children.

Some of the symptoms resembled toxic shock from a staph infection. But doctors soon ruled out such microbial causes, including bacterial sepsis, intestinal viruses and autoimmune diseases.

The cardiac damage — accompanied by in some cases rash and red eyes — brought to mind Kawasaki disease, a puzzling condition usually affecting children under 5. But patients with MIS-C went into shock 15 times as often as those with Kawasaki disease and landed far more often in intensive care.

"About 80% of our children in our cohort have required ICU care," said Dr. James Schneider, chief of pediatric critical care medicine at Cohen Children's Medical Center in New York, who also contributed to the CDC briefing.

"Getting evidence of inflammation is really key to differentiating this from other syndromes," said Schneider. 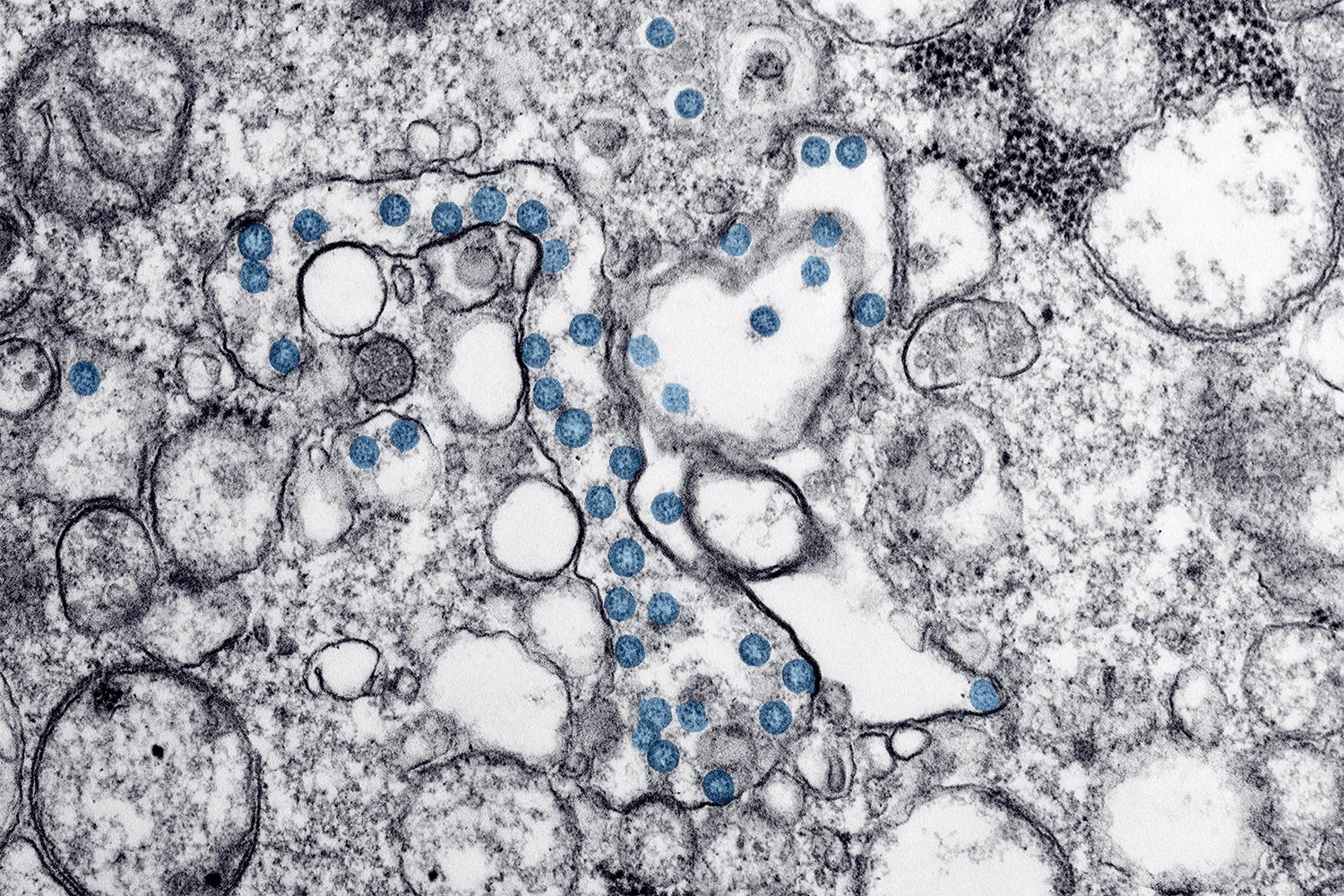 Inflammation and the Immune System

Gradually doctors defined the new syndrome. It came in at least three varieties but likely had a single cause. Only one version resembled Kawasaki, but all involved fever, inflammation and multiple organ problems — and happened in patients who had been exposed to, or tested positive for, coronavirus.

"It seemed to be a new and unusual childhood illness, which was emerging really a month behind the COVID epidemic curve," said Levin.

That lag suggested a possible cause.

"The timing after the COVID-19 curve, the majority of patients being negative for virus but positive for antibody, would suggest that this illness is mediated by the development of acquired immunity to COVID rather than by direct viral injury," said Levin.

"It's just speculation, but the timing of this illness does seem to coincide with when acquired immunity would be developing," he said.

In other words, MIS-C patients get sick not from initial coronavirus infection, but from something that happens three to four weeks later.

Unfortunately, experts don't know what that something is.

"Is it just, you had your single infection that you didn't get too sick from, and now this is sort of the leftover of that that gets revved up? Or is it that you kind of got over the whole thing, and then you got re-exposed to virus out in the community, and it's, like, a boosted response?" said Dr. Roberta DeBiasi, chief of the Division of Pediatric Diseases at Children's National Hospital in Washington, D.C.

DeBiasi's remarks were part of a briefing hosted by the University of Southern California Annenberg School for Communication and Journalism.

If, as some biomarkers suggest, MIS-C stems from an immune response gone haywire, then understanding the syndrome could be essential to developing a safe vaccine.

On May 14, the CDC issued a health advisory on MIS-C in which it outlined the working case definition and asked clinicians to report suspected cases to state and local health departments. The data will support a national monitoring system.

The Arizona Department of Health Services says the state has "no confirmed cases at this time." But doctors say they are seeing MIS-C patients. The department did not respond when asked for clarification.

Dr. Lynn Lawrence, medical director of the Pediatric Emergency Department at Cardon Children's Hospital in Mesa, is one of the doctors trying to pin down the elusive disorder.

"The challenge is that some of these kids, as I mentioned before, are asymptomatic. So parents won't even realize that they had COVID," she said.

The patterns remain baffling. Some children have underlying conditions, but many don't. In some places, race and sex are important; elsewhere, not. And again, there's the matter of age.

"We're seeing it in infants all the way up to teenagers. And now we're hearing reports in even young adults," said Lawrence.

DeBiasi has seen the same pattern.

"When we compare the critically ill kids, it really is the older adolescents compared to the younger kids. And this was statistically significant," she said.
So not only do we not know how many young people have coronavirus, but the very reason for that invisibility — their effective immune reaction — could be what makes them more susceptible to MIS-C.

"We're at the beginning of all this. So I think that as we progress through the next few weeks and even months that we'll get more information to see if there's a pattern," said Lawrence.

The point, experts say, is not to panic or to lock our kids away. It's simply to be aware MIS-C exists.

"The vast majority of these kids are going to be fine and are not going to have this terrible inflammatory condition," said DeBiasi.

Experts say parents should take precautions, trust their instincts and, if they see these symptoms, seek medical care.