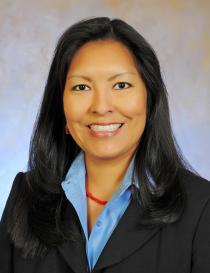 A federal judge has tossed a bid by Democrats to get their candidates a higher spot on the ballot in Republican-dominated counties.

U.S. District Court Judge Diane Humetewa ruled that the individuals who challenged the way state law determines ballot order have no legal standing to sue because they are not injured in any way. She said they still have the right to vote for any candidate.

Similarly, she said claims by the Democratic National Committee and the Democratic Senatorial Campaign Committee were flawed because they failed to show that the current system frustrates their bid to get Democrats elected to statewide office. And Exhibit No. 1, Humetewa said, was the 2018 election of Kyrsten Sinema to the U.S. Senate.

Finally, Humetewa said even if they did have a right to sue, it is not within the legal authority of courts in cases like this to come up with a "fairer'' alternative.

The decision is a setback for the challengers who said the current system is not just unfair but also illegal.

What that means in 2020 is that Republicans will be listed ahead of Democrats in 11 of the state's 15 counties -- including Maricopa which has more voters than the other 14 combined. And the reason that's important, challengers argued, is there is research which shows there is a tendency of voters, all else being equal, to choose the first candidate on a list.

Humetewa said all that is irrelevant, saying she has no legal basis to consider the claim.

She said anyone seeking federal court intervention must demonstrate "a personal stake in the outcome.'' And that, the judge said, means showing that they would be injured "in a personal and individual way.''
That isn't the case here.

"The harm that plaintiffs allege is not harm to themselves, but rather an alleged harm to the Democratic candidates whom they intend, at this juncture, to support,'' Humetewa wrote. And she said that a candidate's failure to get elected does not injure those who voted for that person.

Nor, the judge said, can they show other harms by the law.

"They do not order that the ballot order statute prevents them from casting a ballot for their intended candidate, nor do they argue that their lawfully cast votes will not be counted,'' she said. And she brushed aside any arguments about the fact that some people were having their votes for the candidates diluted because others were simply picking the first name they saw.

"Plaintiffs will not be injured simply because other voters may act 'irrationally' in the ballot box by exercising their right to choose the first-listed candidate,'' Humetewa said. She also took a slap of sorts at the Democrats for their proposed solution: rotating the position of Democrats and Republicans on the general election ballot.

"Their definition of 'fairness' does not require rotation of independent party candidates, write-in candidates from the primary election, or other third-party candidates in their ballot scheme, meaning that those candidates would never be listed first on the ballot,'' the judge said.

There was no immediate response from attorneys for the challengers.