Just flat out wrong. Despicable doesn’t go far enough. The final words of George Floyd should NEVER be invoked like this. Anyone who mocks the murder of a fellow human has no place in public office. Period. https://t.co/l0wyVE2BP4

MARK BRODIE: A comment made at a rally opposing Scottsdale's mask mandate has generated national attention and has led to calls for a city councilman's resignation. Scottsdale City Councilman Guy Phillips, wearing a mask on stage, said, "I can't breathe," before taking the mask off. Those are, of course, the last words George Floyd said as a Minneapolis police officer knelt on his neck, killing him. They've also become a rallying cry since in protests against police violence and systemic racism. Wayne Schutsky, managing editor of The Scotsdale Progress, was at that rally and joins me to talk more about it. And Wayne, first off, set the scene for us, please. What exactly was the purpose of that gathering, and who was there?

WAYNE SCHUTSKY: So, the gathering was put in place by Councilman Guy Phillips to protest Scottsdale's mask mandate. Scottsdale and many other surrounding communities have put those mandates into effect to combat the spread of the coronavirus, meaning folks would have to wear masks in most public places. So Councilman Phillips was obviously there. Senator, State Sen. Michelle Ugenti-Rita (R-Scottsdale) was there. And Daniel McCarthy, who is running for Senate, was also there, along with 100 to 200 folks who supported that protest.

BRODIE: Now, the moment that I think most people will recognize from that rally was when Councilman Guy Phillips got up on stage. He was wearing a mask and he said, "I can't breathe," which was, of course, the last words that George Floyd said before he died, before a police officer killed him in Minneapolis. What was the reaction in the crowd when he said that and then when he took his mask off? 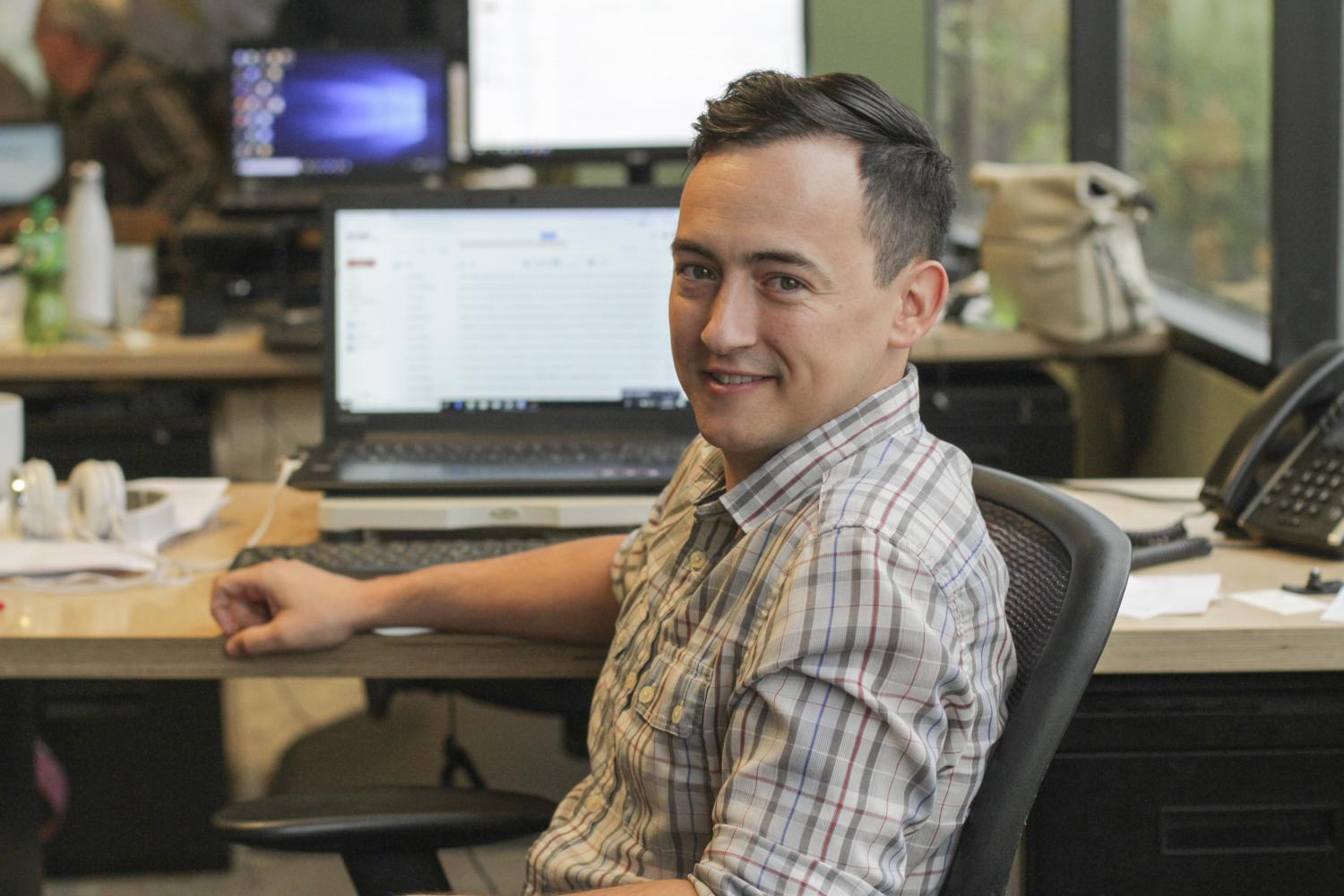 SCHUTSKY: So the crowd did not seem to react in the same way that we've seen on social media, in the news and amongst much of the communities later on. The crowd was actually already chanting for him to take the mask off. And once the mask came off, there were cheers. No one seemed to be taken aback by those comments as it happened.

BRODIE: Did people seem to understand what he was saying and the reference that he appeared to be making?

SCHUTSKY: It was hard to tell at the time because, you know, he kind of launched right into his speech after he did that. I know I've heard from some of his supporters who have sworn that it was just a reference to the fact that it was difficult to breathe wearing masks. The councilman himself has denied that he was making a reference to George Floyd's death but did issue an apology to George Floyd's family.

BRODIE: I want to ask you about some of the reaction from Republican state lawmakers and federal lawmakers as well. Gov. Ducey said, among other things, "despicable doesn't go far enough.... Anyone who mocks the murder of a fellow human has no place in public office." Martha McSally used the word "despicable" as well. It seems as though the reaction has been pretty swift. And has it been as unanimous as it seems to be on social media?

SCHUTSKY: I would say yes. Much of the reaction I've gotten since I posted the comments that were made — I was at the protest observing — have been similarly angry with Phillips' comments, saying they were out of place. Most people do not seem to buy his apology, that that was not his intent. Most people have made the connection on their own. You know, "I can't breathe" has become a phrase used very commonly at protest movements against police brutality, including protests that drew over 1,000 people just a few weeks ago in Scottsdale itself. So several folks, including Phillips' colleague Councilwoman Suzanne Klapp, have, in their statements, said that it's just hard to believe that he would not have known the connotation of what he was saying.

BRODIE: All right. So you mentioned Suzanne Klapp. She, of course, is running for mayor, as is another of Guy Phillips' colleagues, Virginia Korte. Does it seem as though this could become an issue in the mayoral race or even in Guy Philipps' race? He's running for re-election this year as well.

SCHUTSKY: I could definitely see it becoming an issue in Councilman Phillips' race. This condemnation has been swift from most of his colleagues on council. As I mentioned, Suzanne Klapp. Virginia Korte, who was actually observing the protest from the side as well, said she, said she gasped when he said that and made similar statements that it was not an appropriate remark. Klapp went as far as actually saying he should resign. So that was one of the first calls for resignation I've seen from the council. Mayor Jim Lane also condemned the remarks. As well as many of many of the other candidates running for city council have come out and drawn attention to that remarks and said that they disagreed with them. So I can definitely see it becoming an issue in his race.

BRODIE: You mentioned that Councilman Phillips did issue an apology and said that he didn't realize, apparently, that what he was saying was in reference to something else. What else did he say in his apology? I mean, does it seem as though he's legitimately contrite? I'm not asking to get inside his head, but, based on what he said, and what others in his camp have said, does it seem as though he is, he is really sorry?

SCHUTSKY: To paraphrase his comment, he said that he's sorry for the comment he made and that it was the same comment that Mr. Floyd made. He mentioned that, what happened to Mr. Floyd, he didn't deserve it, and that he was not trying to make light of it. He did use a verbal tactic that is sometimes criticized in political apologies. And he said his apology goes out to anyone who became offended. So that kind of puts the onus on the person who was offended versus the person who made the remark causing the offense. So you can read into that what you will. I did speak with, actually with Armonee Jackson, who is a protest organizer who led the large protest in Scottsdale a few weeks ago. She said she did not believe it was sincere. She said she thought it was just a reaction to the large backlash that he received.

BRODIE: Interesting. Alright. That is Wayne Schutsky, managing editor for the Scottsdale Progress. Wayne, as always, good to talk to you. Thank you. Be well.

SCHUTSKY: Yeah. Thank you. You as well.