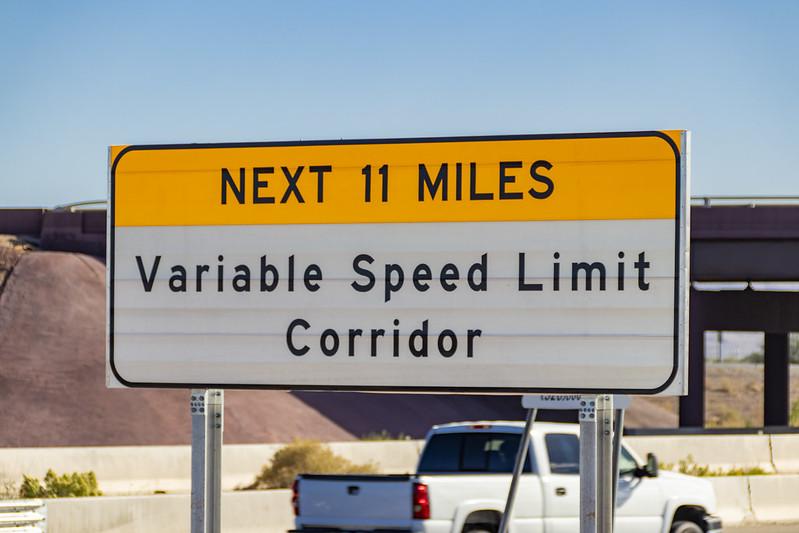 Arizona Department of Transportation
Drivers along Interstate 10 will notice caution signs, followed by a series of programmable speed limit signs every 1,000 feet that can change the legal speed limit.

With monsoon season approaching, the Arizona Department of Transportation has deployed a first-of-its-kind dust detection system along Interstate 10 to improve road safety and driver visibility.

ADOT just concluded the system’s 30-day trial period, which was tested on the dusty 10-mile stretch between Eloy and Picacho Peak.

Funded in part through a federal grant in 2016, the $6.5 million project will use caution notices and programmable speed limit signs to advise drivers to slow down in the event of a dust storm.

“What's important about this system is for people who are already on the road and aren’t able to exit, we're able to get some warnings up on message boards about blowing dust and the need to slow down," ADOT public information officer Garin Groff said.

Thirteen visibility sensors attached to light beams will alert the system to dangerous dust levels, and a 20-foot weather radar at State Route 87 will detect approaching storms up to 40 miles away.