Violence In Sonora Shows No Sign Of Waning Amid Coronavirus Pandemic

Download mp3 (6.6 MB)
Sonoran State Police
A shootout outside of Magdalena, Sonora, shut down the four-lane interstate and took the lives of four people, including a former mayor.

On May 15, friends, family and colleagues gathered in Magdalena, Sonora, to pay their respects to a two-time former mayor, as captured by local outlet Diario Regional.

“In these very sad moments, we find ourselves gathered to bid farewell to … Luis Alfonso Robles Contreras,” current Mayor Francisco Javier Zepeda told the crowd. “A beloved person who has left us.” 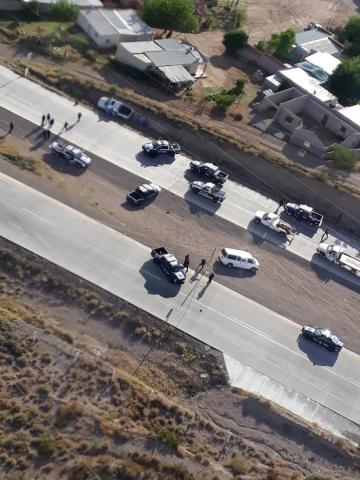 Sonoran State Police
A shootout outside of Magdalena, Sonora, a little more than an hour's drive south of Nogales.

The day before, he was killed in the crossfire of a raging gun battle between rival gangs that shut down the interstate near town and claimed three other lives.

“It’s a big loss for all Magdalenenses,” said Raúl Millan, himself a former mayoral candidate, and a friend and political ally of Robles’. “Given that he cared for the common good.”

The firefight that took Millan’s friend’s life was the second in as many days near Magdalena, a normally calm community that earned recognition in 2012 as a Pueblo Magico — or Magical Town — for its historical significance.

“Not just me, the whole town heard them,” he said of the heavy gunfire that stretched into the early morning hours.

Magdalena is hardly alone in having dealt with extreme violence as the COVID-19 pandemic spreads across the state. Sonora took early and aggressive actions against the outbreak, instituting a stay-at-home policy the day the first case was confirmed. Shortly thereafter, that became mandatory, and vast swaths of the economy were shuttered. But violence has shown no sign of waning.

“Here in Sonora, there is a (62) percent increase in murder,” said Manuel Hoyos, head of the Observatorio Sonora por la Seguridad, a civil society group that focuses on security policy. He was referring to the number of murder investigations in first four months of 2020 compared to the same period in record-breaking 2019. Across the country, they were up just 1.5%. 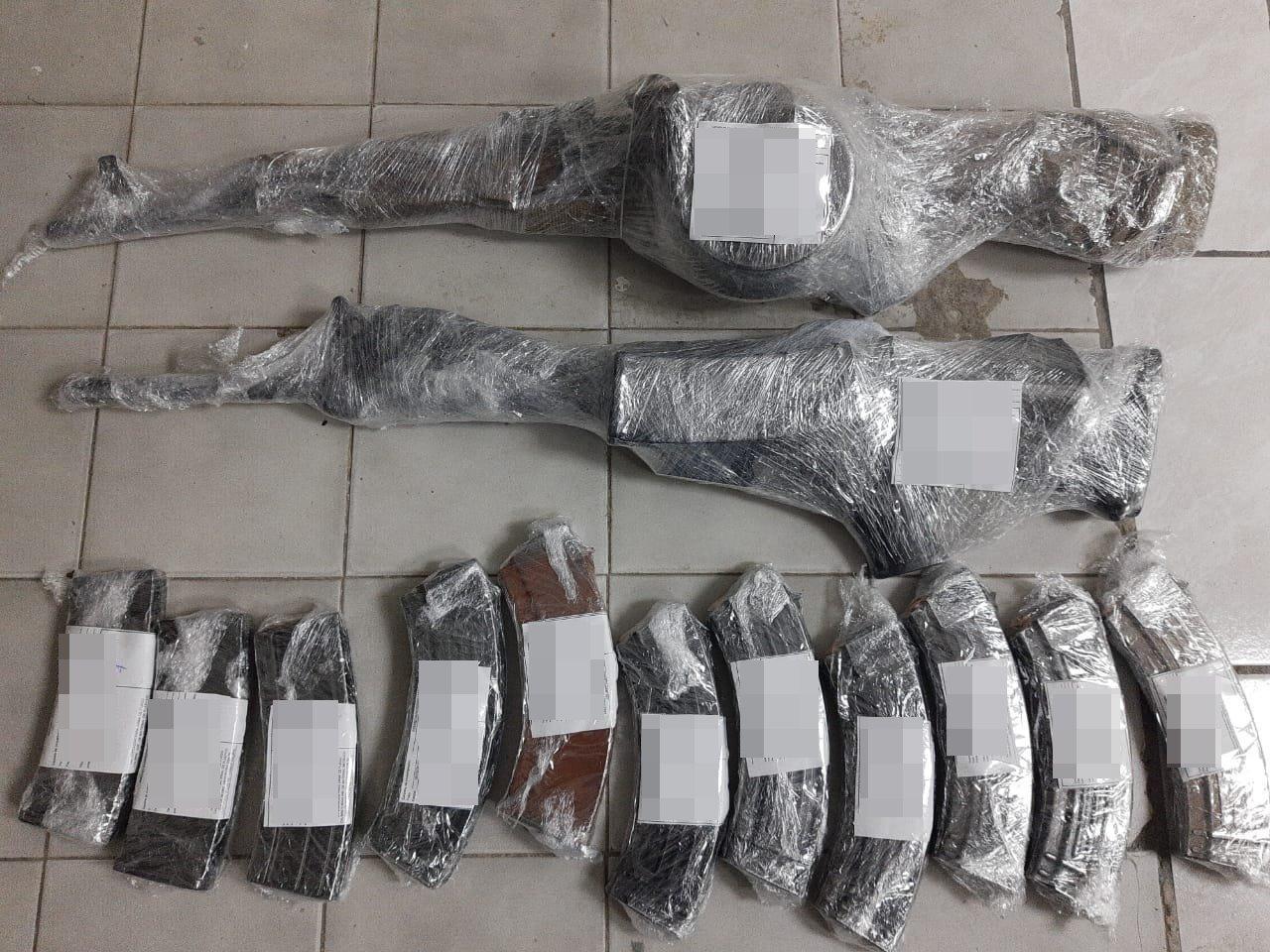 State Security Secretary
Some of the weapons and ammunition seized in operations in northern Sonora in mid-May, after major gun battles in Magdalena.

Federal victims data analyzed by KJZZ show steady monthly declines in murder victims from October 2019 through March, and then a jump of nearly 20% in April, the first full month of the state’s pandemic response. Victims rose again in May, according to other federal data.

“The announced plan has not been effective,” Hoyos said of the federal strategy to address rising violence in Sonora, which was unveiled last fall and included putting military officials in charge of police forces in heavily impacted cities, like Guaymas and Ciudad Obregon.

He’s also troubled by the expanded role for the military recently announced by the federal government.

“In the short term, that’s it: strengthening local police, and improving investigative capacity,” he said of strategies he thinks would be more fruitful. “That really needs to be done.”

But he doesn’t see much hope for that, and the pandemic only worsens a tough situation for local law enforcement. After years of disinvestment, the pandemic could bring things to “a boiling point,” he said.

Several days after the Magdalena shootouts, suspected organized crime members shot at a state police helicopter during an operation near Caborca, an hour and a half west.

The crew returned fire, and ultimately a number of arrests and seizures were made, according to a state release. In subsequent days, several more operations involving local, state and federal security forces were carried out in Magdalena and nearby, netting even more arrests and weapons seizures.

“There were two days of crisis, but the government reacted strongly and quickly,” said former State Police Chief Jose Luis Urban, who spoke with KJZZ shortly before resigning from the position. “And to date the situation is more controlled.”

As to the troubling levels of violence across the state, he says such incidents have been going on for a long time. And unfortunately criminal groups have not slowed their activities amid the pandemic.

“But nevertheless, we’ve fought (them), in spite of having this virus hanging over us,” he said of state security forces and their local and federal partners. “We’re attacking organized crime head on to reduce high-impact crimes.” 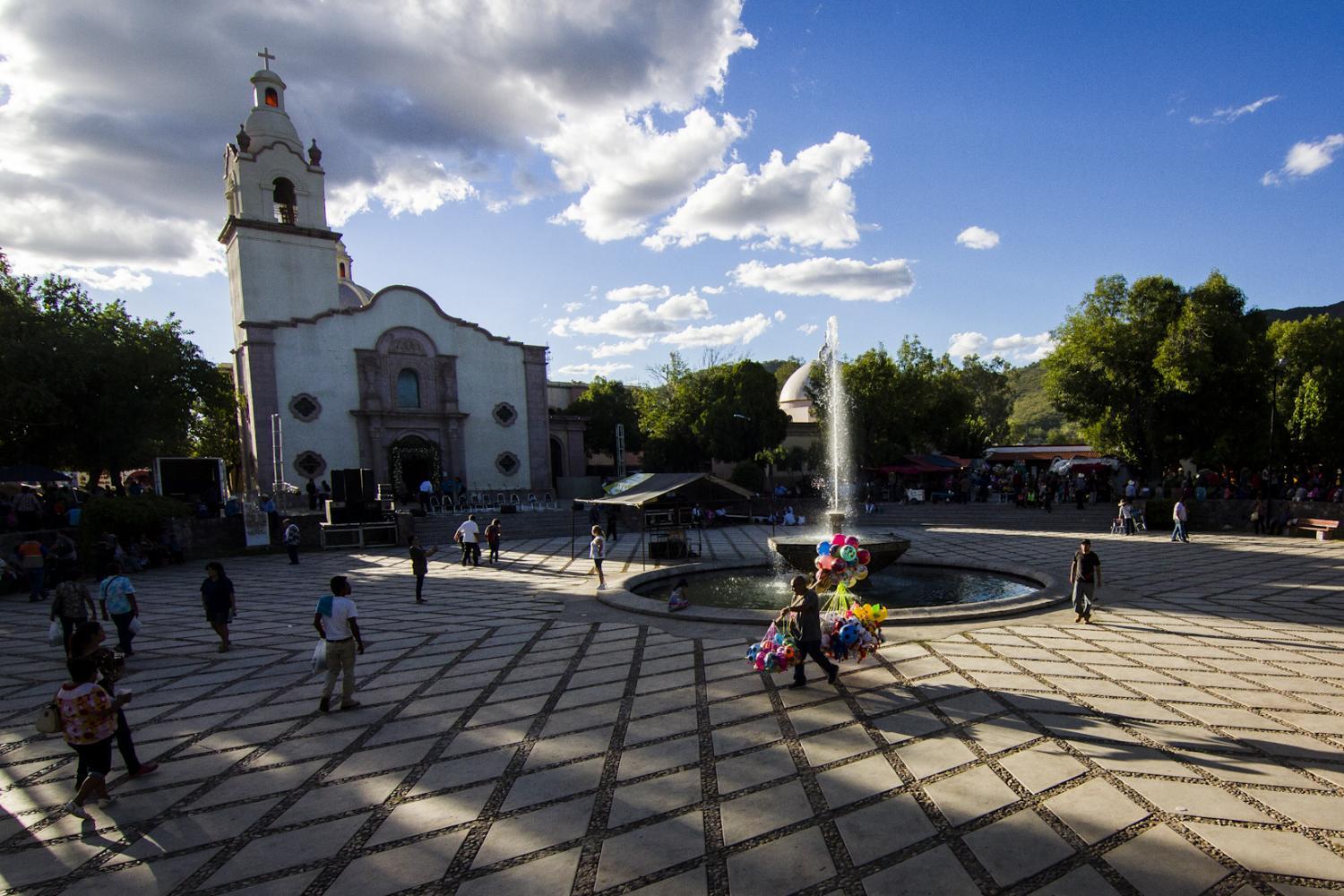 Back in Magdalena, Millan said he sees the impact of the security forces’ response.

“Now the presence of authority can be felt, both state and federal,” he said, adding that regular patrols make him and other residents feel safer.

But he’s worried about what happens when their presence wanes, and the criminal groups remain.

But the violent events that captured national headlines don’t reflect Magdalena, and were carried out by people from elsewhere, he insisted. And he hopes they don’t overshadow Magdalena’s reputation as a tranquil, charming destination for would-be visitors.