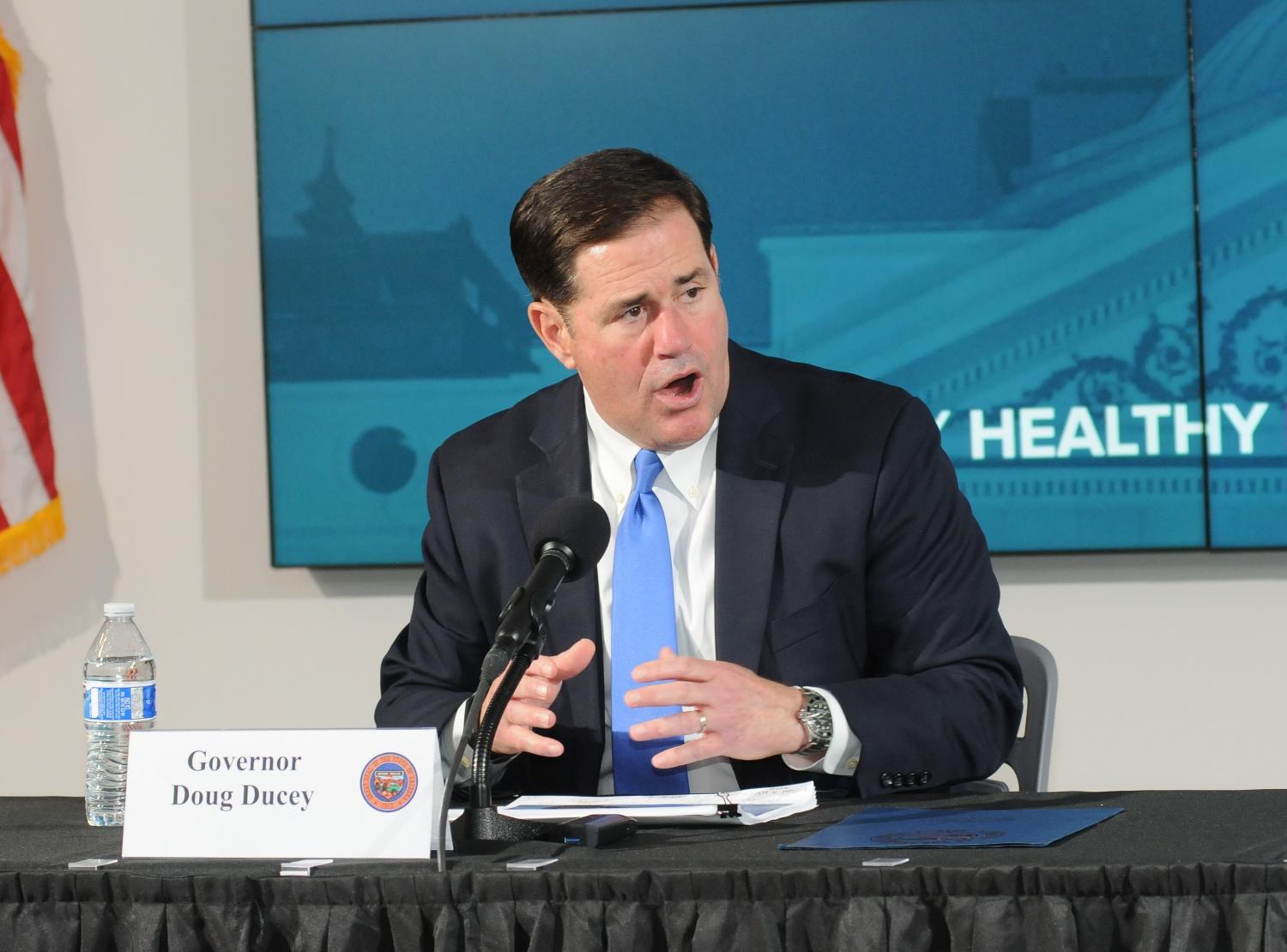 Gov. Doug Ducey insisted Thursday he had not made a mistake in dissolving his stay-at-home order and allowing more businesses to reopen even as Arizona hit more than 1,000 people dying from COVID-19 on Friday.

The governor acknowledged that the number of cases of people contracting the virus has increased in the weeks following his decisions. But he said that was to be expected, what with more people getting tested.

But even Cara Christ, his state health director, conceded she could not say how much of the increase is due to testing and how much is due to "community spread,'' essentially people infecting each other as they interact more.

"The virus is not going away,'' he said.

But even if the jump in diagnosed cases — there were a total of 22,753 as of Thursday — can be attributed to more people getting tested, that still leaves the fact that as of Thursday morning 996 people had died from the disease, up 15 from the day before.

"We mourn every death in the state of Arizona,'' Ducey said.

The bottom line, Ducey said, is that all the measures he had previously taken were designed to avoid a crisis of the state running out of hospital beds.

"And we are prepared in Arizona,'' he said. "We are not in a crisis situation.'' Even if hospitalizations reached crisis levels, "we have available field hospital capacity."

In defending his decisions, the governor produced a chart showing a decline in the percentage of tests which showed that people actually had the coronavirus. But the last date for those numbers was for the week ending Sunday.

Separate figures released by the Biodesign Institute at Arizona State University found that 6.5 percent of the tests came back positive on Monday, increasing to 11.5 percent and Tuesday and a record 14.7 percent on Wednesday.

"That was expected,'' said Christ. "As you know, when you test more, you are going to find more.''

But that's not the entire picture.

"We also phased in reopening,'' she said. "And as we know, the COVID-19 is still in the community. As people come back together, we know that there is going to be transmission of COVID-19.''

Asked if the 1,000 deaths alarm him, the governor said all of his decisions have been based on his desire to reduce the spread of the virus "and to save and protect as many lives as possible.''

"And I'm confident that we've made the best and most responsible decisions possible, guided by public health the entire way,'' Ducey said.

That comes back to his belief that the purpose of restrictions is to ensure there are sufficient hospital beds.

"We continue to work to make sure that we can care and comfort and help anyone that is severely ill recover,'' the governor said. "We have the capacity to do that.''

Ducey acknowledged that, even in the face of increased infections and deaths -- and even as he said the virus is not going to go away -- he has expanded even further the places where it can spread, including health clubs and swimming pools. The key, he explained, is who is likely to get ill.

"We are focused on the population that is most vulnerable. These are folks of a certain age category with underlying chronic health conditions that are at high risk, have tuberculosis, infectious respiratory disease, diabetes or obesity," Ducey said.

"For the rest of our population, we've been pretty vocal about who is in harm's way and who can participate in the opening of our economy," he added. "We'll continue to do that.''

There are other indications that the virus is not going away and that infections are increasing.

On Wednesday, the number of people hospitalized with the virus was 1,079.

Other data shows that overall 8,820 hospital beds are occupied in Arizona, amounting to 87 percent of total capacity. And there were 1,907 intensive-care beds in use, which is 84 percent of capacity.

Separate data show Arizona with an infection rate of 306 per 100,000 residents. That is in line with New Mexico but actually higher than California and Nevada.

Christ said that the state continues to promote "guidance'' to keep groups of people to 10 or less. Still, she said, that's not a hard and fast rule, with a lot depending on the circumstances.

"People do have a constitutional right to have a peaceful dialog,'' Christ said, even as she encouraged those who are "at risk'' to not attend large gatherings. And she said that anyone who has been to one of these who believes she or he has been exposed can seek out testing for the virus.

On the subject of large gatherings, Ducey acknowledged that the Republican National Committee is weighing whether to hold its national convention this summer in Arizona. That follows the decision by President Trump to yank the August meeting from North Carolina after the governor and health officials insisted that they follow health protocols and possibly scale back the size of the event.

"The President is always welcome in Arizona,'' Ducey said, without addressing the potential health concerns of having thousands of people from out of state gather in a single hall.

Congresswoman Debbie Lesko said she has been promoting the ice hockey rink in her home town of Glendale as a potential site.