Arizona's Curfew Does Not Take Homeless Population Into Account 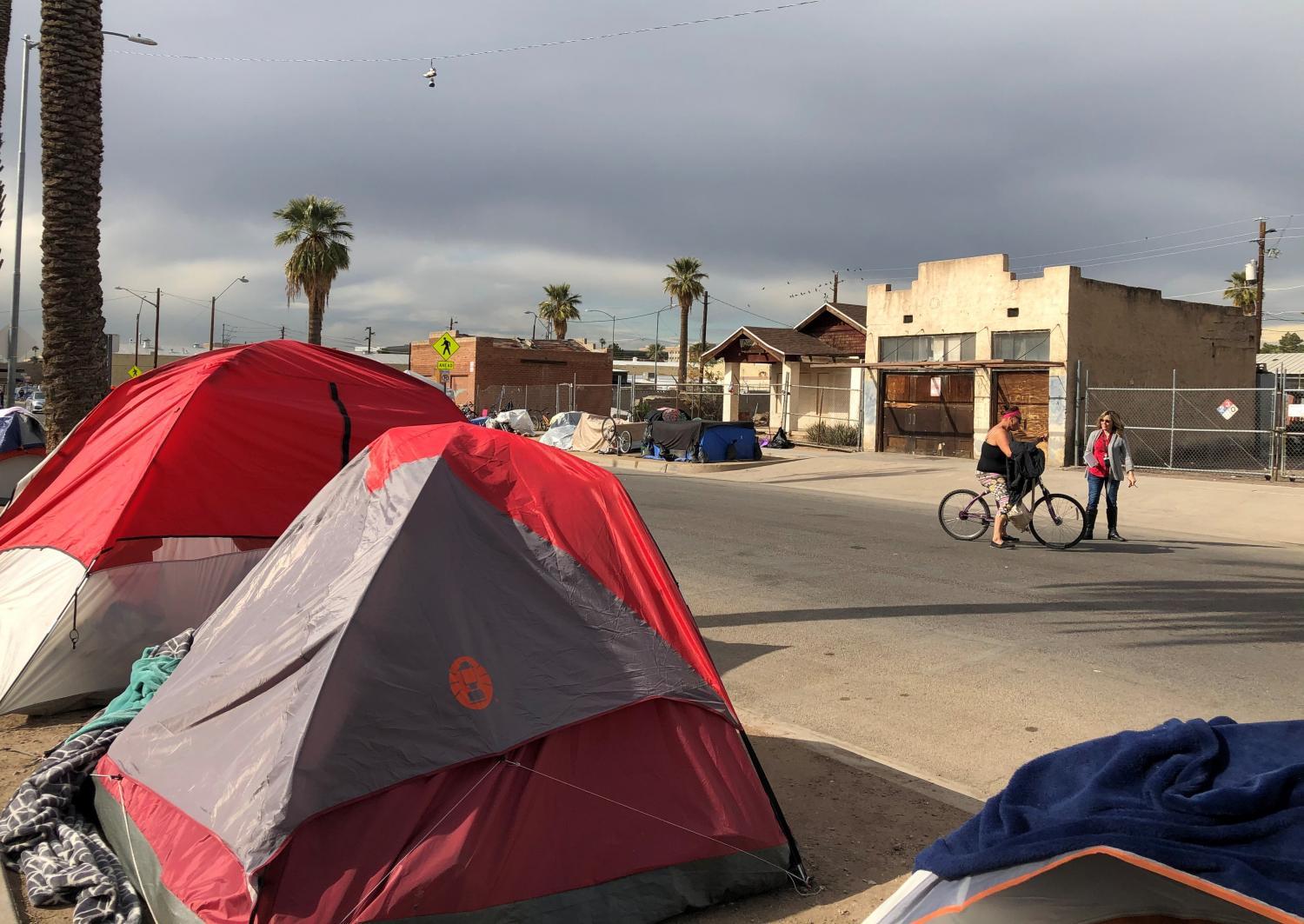 Scott Bourque/KJZZ
Tents line the sidewalks near the intersection of 12th Avenue and Madison Street near the state Capitol on Jan. 29, 2020.

Late Sunday afternoon, Arizona Gov. Doug Ducey declared a state of emergency and announced a statewide, weeklong curfew. The curfew prohibits people from standing, sitting, traveling or being on any public street or public place.

However, Ducey’s order did not appear to exempt homeless individuals.

"So one of the hard parts is to tell people who are unsheltered about it I don’t know what to tell them. So I can say, 'Hey, there’s a curfew now,' but I can’t offer them a place to sleep," she said.

Schwabenlender says there is another issue muddying the waters: a 2018 9th Circuit Court of Appeals ruling that state’s homeless people can’t be punished for sleeping on public property if they have no other option.

KJZZ asked the Governor's Office for clarification on the curfew order. They have yet to respond.