Veterans In Arizona And Across The U.S. Battle Isolation As The Coronavirus Pandemic Continues 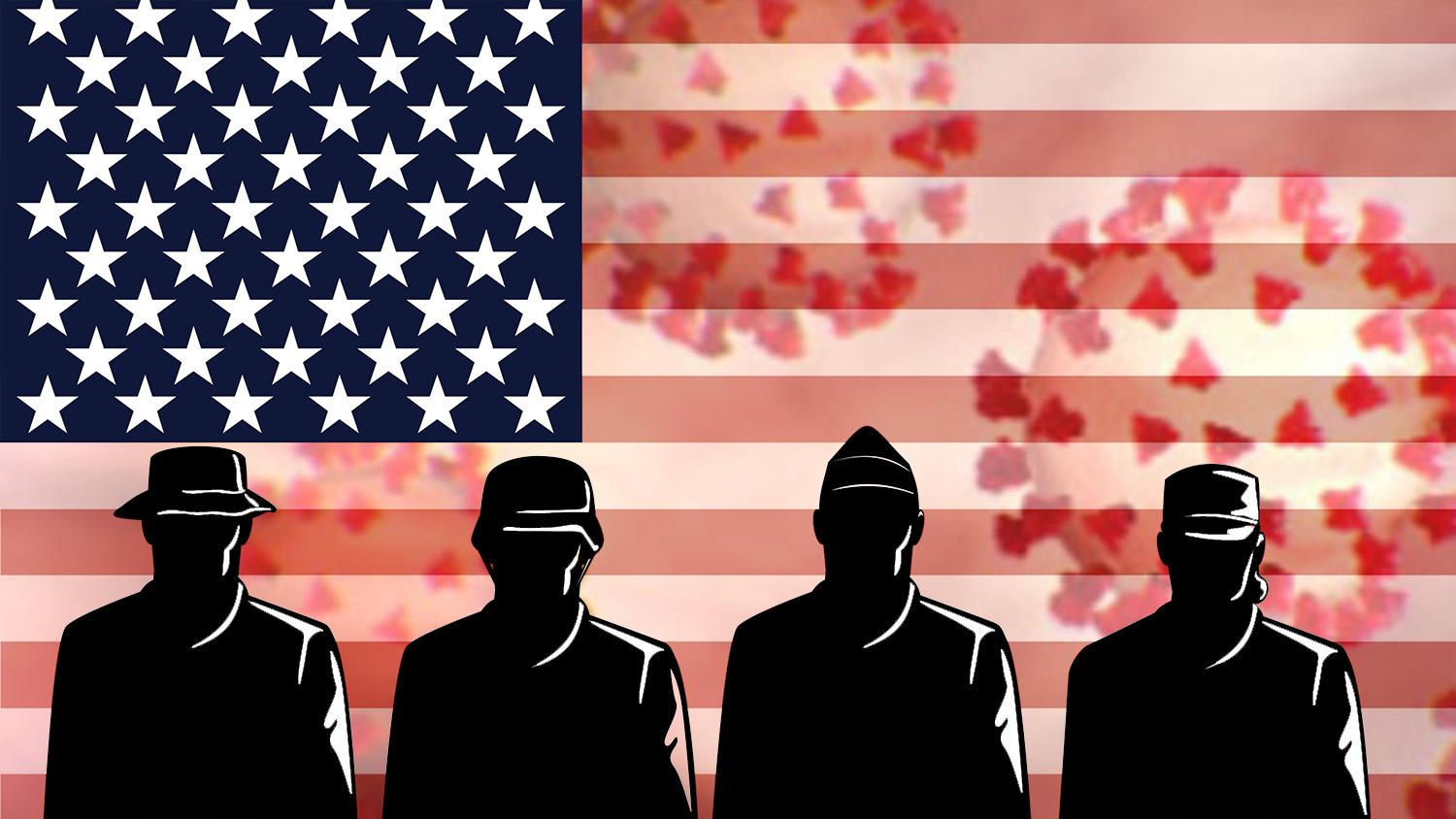 When U.S. veterans come home, many develop support systems with fellow veterans, not unlike the bonds made throughout their service. When the coronavirus hit, and mandatory isolation set in, those powerful support systems, as they were, disappeared. But a new form of support for these veterans is rising from the ashes and onto their screens.

Irreverent Warriors is a nonprofit group with events located across the country. It is dedicated to facilitating connections between veterans and lessening the rate of suicide. Those member cities, including Tucson, conduct an event known as Silkies Hike.

“Silkies is a form of [physical training] shorts that the Marine Corp uses and they’re very, I hate saying this, but it’s kind of Daisy Duke shorts — really short shorts,” Luis Vasquez, a Marine sergeant who retired in 2004, and the Tucson hike coordinator, said.

These events nationwide have brought together 60,000 veterans, says the founder of the nonprofit Donny O’Malley. Mental health is his No. 1 priority for his fellow vets, especially when they begin transitioning back into civilian life. He himself is a Marine, medically retired after two deployments.

“So then when we get out, and we lose the tribe, we lose a sense of community, it becomes really damaging to our own mental health," O'Malley said.

Irreverent Warriors’ in-person practices came to a grinding halt when the coronavirus hit. O’Malley says veterans who die by suicide often isolate themselves for extended periods beforehand. That red flag, because of COVID-19, is now camouflaged.

"It has increased social isolation, which is a very dangerous thing. In general, every guy I’ve ever known who killed himself — and that’s a lot at this point — he was socially isolated for days to months before he did it," O'Malley said.

"In general, every guy I’ve ever known who killed himself — and that’s a lot at this point — he was socially isolated for days to months before he did it."
— Donny O’Malley, founder of Irreverent Warriors

Silkies Hikes scheduled further out, like Tucson’s in October, are still on. But O’Malley says even as places begin to open up, the group is going to take things slow. Currently they are connecting through video chats and Facebook groups.

“And through both of those we’re able to bring people together and connect them, allow them to see each other's faces, to laugh together and share stories and just talk about what’s going on in our own lives," O’Malley said.

He also encourages his members to not let COVID-19 force them into total social isolation.

“There is no excuse for not connecting with other veterans when you have a cell phone," O’Malley said.

This month, the national Veterans Crisis Line has seen a 12% increase in calls compared with last May.

The Phoenix VA Health Care System serves 100,000 veterans. Although there hasn’t been an increase in new patients, virtual appointments have gone up a thousand percent from February to April. Dr. Teresa Imholte, the acting chief of psychology at the Phoenix VA, says there has been a successful transition to telemedicine. And fewer VA patients are missing their appointments.

“One of the benefits of video telehealth is it removes a number of the barriers that we previously had," Imholte said. "So for example transportation barriers or childcare barriers.”

She says that one of the ways the national VA system responded to the pandemic was by unveiling the app called COVID Coach.

“That app provides services and suggestions for both social isolation, caregiver support, it also addresses issues such as increased substance use,"Imholte said.

But there’s still a need to connect with other veterans. LifeAid is a national initiative to help prevent veteran suicide. John Wordin, the founder and chairman, has made adjustments since the pandemic shut down large gatherings. LifeAid began virtual bi-weekly happy hours in March.

“Giving them a place to be, something to do, a routine,” Wordin said.

Each virtual meet-up features a different topic. And celebrity guests, military leaders and clinicians have joined in on the conversation. Wordin says, hope is key.

The suicide prevention program and the happy hours are not limited to veterans. First responders and their families are also invited to take part.

VA encourages veterans to take the following steps to reduce anxiety and stay on top of their health: