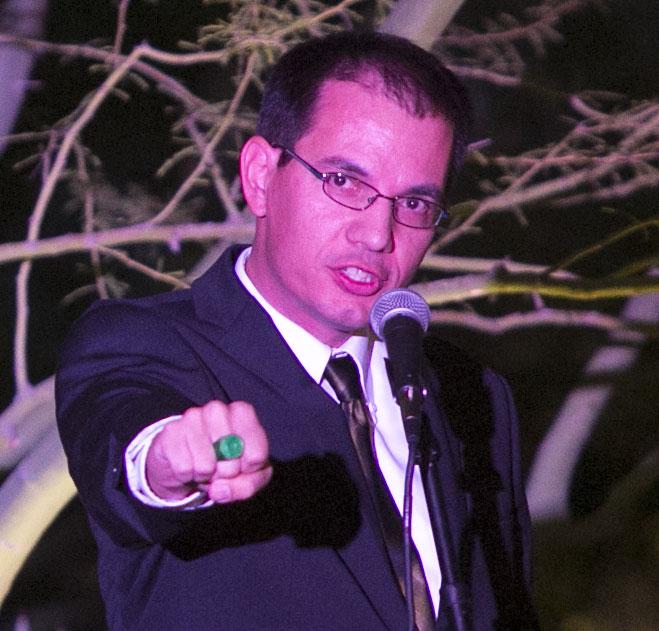 Jeffrey Lowman/Arizona Republic
Mack Duncan showing off his Green Lantern Ring while telling his story at Gertrude's at the Desert Botanical Gardens in Phoenix.

Mack Duncan is one of the founders of The Torch Theatre in Phoenix. But before that he was a high school theatre teacher.

Early in his career, he was told not to expect the kind of validation portrayed in the “Oh, captain, my captain” scene from the movie Dead Poets Society. While he didn’t expect to have that "Oh, captain" moment, Duncan did want to inspire his students.

In his first year teaching theatre, his students were preparing to go on stage for the opening night of their play.

Hear more stories like this at our next night of live storytelling on July 13, 2015, at the Crescent Ballroom in Phoenix.