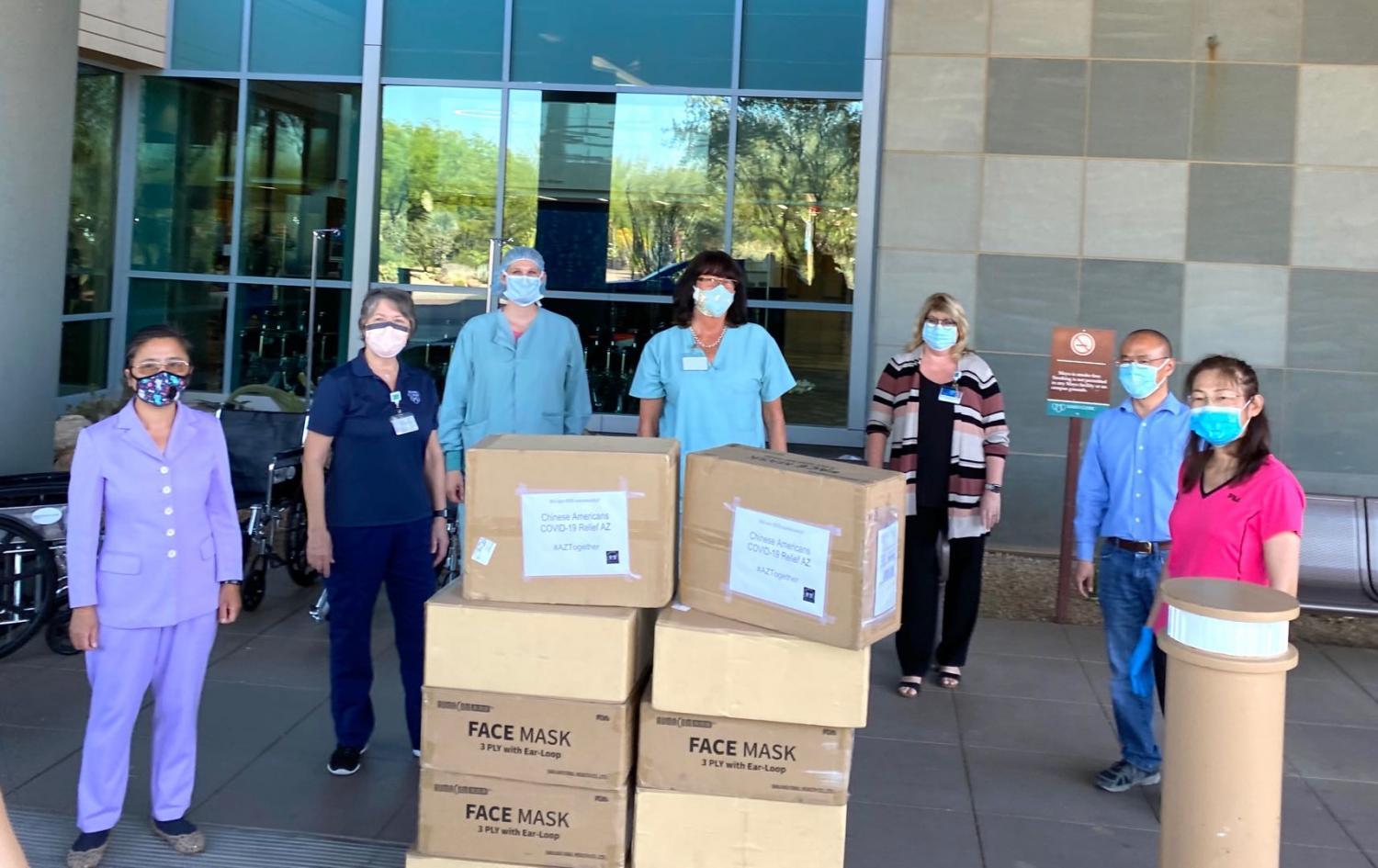 Angel Wang
Volunteers from the Chinese Americans COVID-19 Relief AZ have donated over 150,000 masks to first responders at 12 Valley hospitals.

President Donald Trump has been threatening to pull out of the World Health Organization this week, claiming the U.S. is unfairly shouldering an economic burden of the coronavirus crisis he says should be carried by China, but a city in China is actually responsible for supplying some Phoenix first responders with its protective gear.

The relationship between Chengdu, China, and Phoenix is not new. They are sister cities — an official designation that started across the U.S. more than 60 years ago in 1956 as one of the now 10 sister city relationships that Phoenix has across the globe.

“Having been the supreme allied commander in World War II and having seen the horror of a world conflict, President Eisenhower wanted to find a way where citizens can reach out to one another, a vehicle that will allow that to happen — and form friendships and set aside cultural differences and celebrate friendship ideally,” said Rick Gerrard is vice-president of Phoenix Sister Cities. He says cities across the globe use these relationships to navigate around world conflicts.

At the beginning it was cities in Japan and Germany, according to Gerrard. To this day, Germany and Japan are two of the countries with the largest number of sister cities in the United States. sister cities grew again in the late-80s after the collapse of the communist block. China began to open up as a result and Phoenix created its relationship with Chengdu, China, which has been a sister city to Phoenix since 1987.

Gerrard said the sister cities relationship was called upon after the 2008 earthquake in Sichuan Province.

“Hundreds of schools and killed thousands of school children. Phoenix raised enough money to rebuild a kindergarten in Chengdu, which we did. We completed and broke ground in 2009 and opened it in 2011. That was money raised here. The kindergarten is named after Phoenix. It has the Phoenix logo on the side of it in Wenjiang, a rural area, just outside of Chengdu,” he said. 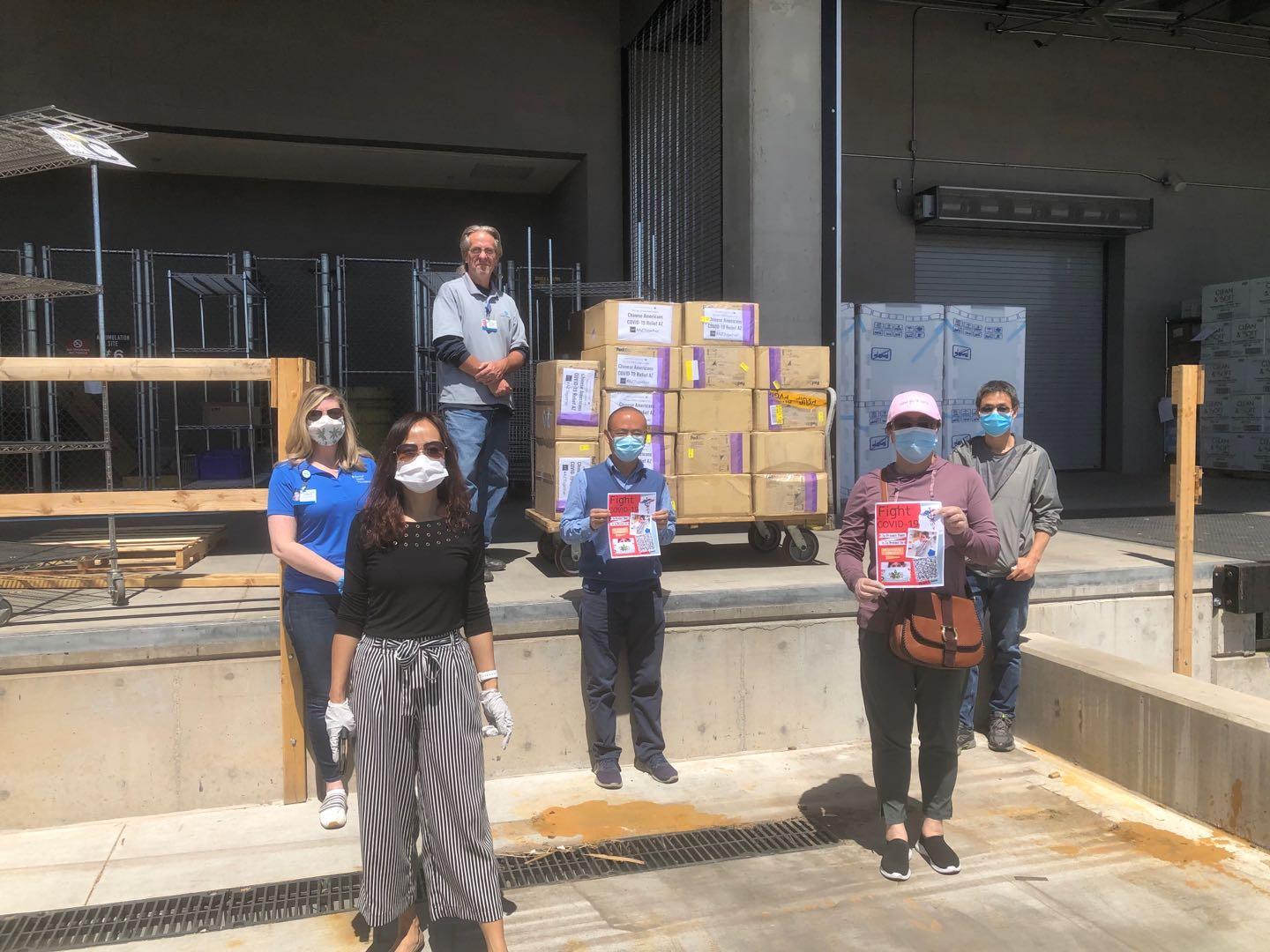 Now with the coronavirus, sister cities are exchanging ways to combat the spread of the disease. And in February, as the coronavirus became a global pandemic, the Chinese city asked for help.

“We received an urgent message from our sister city asking if we could help them find personal protective equipment — PPE,” said Gerrard. “A lot of it was already heading to China. We had contacted Project Care. We had contacted local hospitals to see if there were any surplus, not knowing that we were going to be needing it in a few weeks,” he said.

So, he reached out to another group in Phoenix to help get masks to China — and ended up getting help from China to get masks to Phoenix. Angel Wang is with Chinese Americans COVID-19 Relief AZ. The group has spent the last few months collecting and gathering medical grade PPE from China. With the help of Phoenix Sister Cities, they’ve distributed more than 150,000 imported masks across Arizona to first responders at 12 Valley hospitals, including Banner, Dignity Health and the Mayo Clinic.

“For some hospitals, they have to come back for a second donation because they are short of all these disposable masks and now every patient going to the hospital needs a mask and they need quite a lot of masks,” said Wang. “We have the bilingual skills and maybe connections in China. We have already been through two months of scrutinizing the vendors. Maybe we have a better source and know who is the trustworthy source of such kinds of products.”

“It’s like a water ripple away. (A) Costco manager heard we were donating to the Navajo and they donated (money to pay) for the eight cases. And then the Penske truck — when they heard we were going to the Navajo Nation, they offered a free truck for three days for 22-feet long. So all these stories keep coming in and all the time I feel tearful all the time when I see people’s kindness. We are all in one community, not just a small pocket,” she said.

Now, in May, Wang said a shipment of more than 20,000 masks is delayed, held back by customs in China. Part of the problem is new increased scrutiny on goods coming from China into the U.S. that started in early April after President Trump asked for an elevated look into all COVID-19 related commerce between the U.S. and China.

Another part of the problem is a breaking supply chain. In 2019, U.S. imports of certain medical supplies from China, including masks, fell when the Trump administration placed a tariff on them. And despite the tariff being temporarily halted during the pandemic, medical imports into the U.S. from China for January and February 2020 were actually lower than the same time a year ago, according to the nonprofit Peterson Institute. 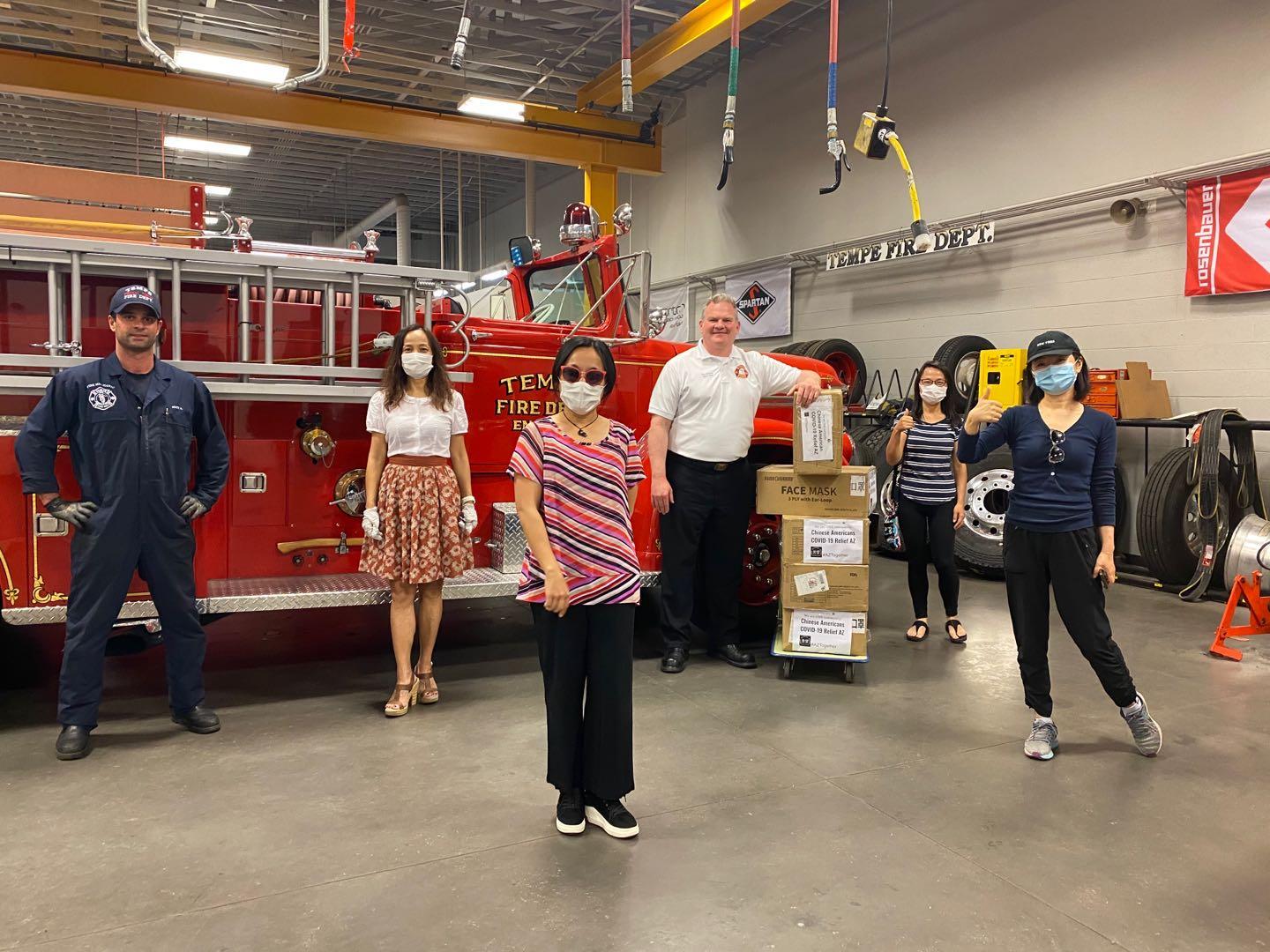 “We’ve had, in my view, a decline of international cooperation and right now is not the time for us to play a blame game across national boundaries but actually come together as a global community - because this is a global pandemic. This is not a local or a national pandemic,” said Sanjeev Khagram, dean at Thunderbird School of Global Management at Arizona State University.

Wang said when the shipment of masks from China got stuck in customs, her group, with the help of Phoenix Sister Cities, worked with the Arizona Commerce Authority, the United Postal Service and the U.S. Consulate General in China — and even the World Health Organization — to get it released.

“So I just feel like when we have this pandemic situation, people should be together. We should make as one community and reach out instead of pointing fingers. It’s kind of heart(breaking) to see. We could have avoided (all this) since December or January. Now, looking back, a lot of things could have been done earlier. But, we are all inconvenienced at this time. We are all in the same boat. And we should really strive for solutions despite individuals saying, 'Hey, you know, I need my freedom.' I think we need a more strong leader to take us through this situation together,” she said.

U.S. funding to the World Health Organization was cut off last month after President Trump denounced China’s role and criticized the agency’s global handling of the pandemic.