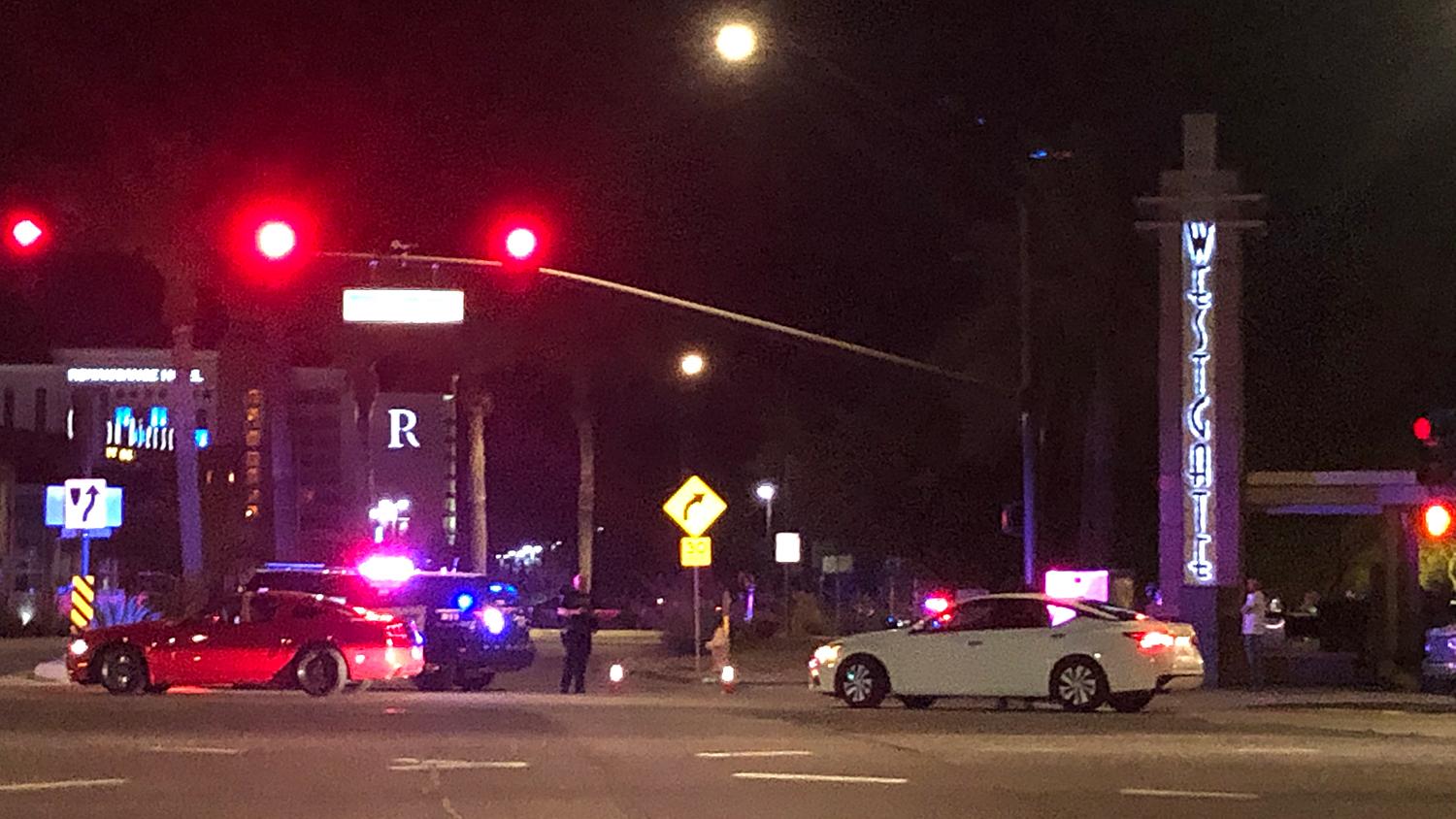 Ben Giles/KJZZ
Police direct traffic outside the Westgate entertainment district in Glendale following a shooting on May 20, 2020.

A gunman shot three people at the Westgate Entertainment District in Glendale on Wednesday evening and appears to have broadcast the shooting on Snapchat.

Glendale police spokeswoman Tiffany Ngalula said that the department received multiple reports of a shooting at Westgate at approximately 7:25 p.m.

One victim is reportedly in critical condition, while the other two suffered non-life-threatening injuries, Ngalula said.

Ngalula did acknowledge that police were aware of a video circulating on social media that appears to be of the shooting. The video shows a man on Snapchat who claims to be the “shooter of Westgate 2020.”

“We have seen several videos surfacing on social media. If anyone has those videos, we’d ask you to send them in to Silent Witness. … Any information would be evidence at this time,” Ngalula said

Update: there are no more reports of any active shooting. One suspect is in custody. We are shutting down the Westgate area to ensure everyone is safe. Media staging will be at Cabelas parking lot

State Sen. Martin Quezada, D-Phoenix, tweeted that he was an eyewitness to the shooting.

“I just witnessed an armed terrorist with an AR-15 shoot up Westgate,” Quezada wrote at 7:38 p.m.

“I saw two victims with my own eyes. Not sure how many others. I saw the shooter,” he later wrote.

I saw 2 victims with my own eyes. Not sure how many others I saw the shooter. Being told not to say anything else about details 'til I speak to police. I'm ok. Lots of shaken up people.

This is a developing story. Check back for updates.