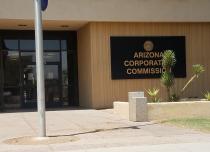 The Arizona Corporation Commission will have three open seats to fill in November’s election, but there are only two Republicans on the ballot.

Since there is already one Democrat on the commission, that means at least two Democrats could hold seats if the Republican Party can’t find more qualifying candidates.

Republican Kim Owens was knocked out of the race earlier this week after failing to reach the required amount of nomination signatures.

At this point, the Arizona GOP’s best option is to find a write-in candidate to run for the Aug. 3 primary.

"We're exploring all options to make sure that we hold on to our seats on the Corporation Commission and provide voters a solid number of Republican candidates to choose from for the commission," said Zach Henry, Republican party spokesman.

The Republican party initially had six members running for the three open seats in 2020, but the list was cut short due to some disqualifications and withdrawals.