COVID-19 Testing Everywhere In Arizona, But Which Is Best To Take?

Arizona is extending its statewide coronavirus testing blitz, but individuals are also seeking out their own tests.

There are a variety of types of tests being conducted and each has pluses and minuses.

He said what you’re looking to determine governs which decision to make.

“The nasal swab is a PCR test looking for the presence of the virus itself. So you’re trying to find out whether somebody is actively infected right now. The serology test is looking for antibodies that your body has produced to tell you whether you’ve ever been infected at any point in time," England said.

PCR stands for polymerase chain reaction and tests the RNA of the coronavirus taken from a nasal swab sample. 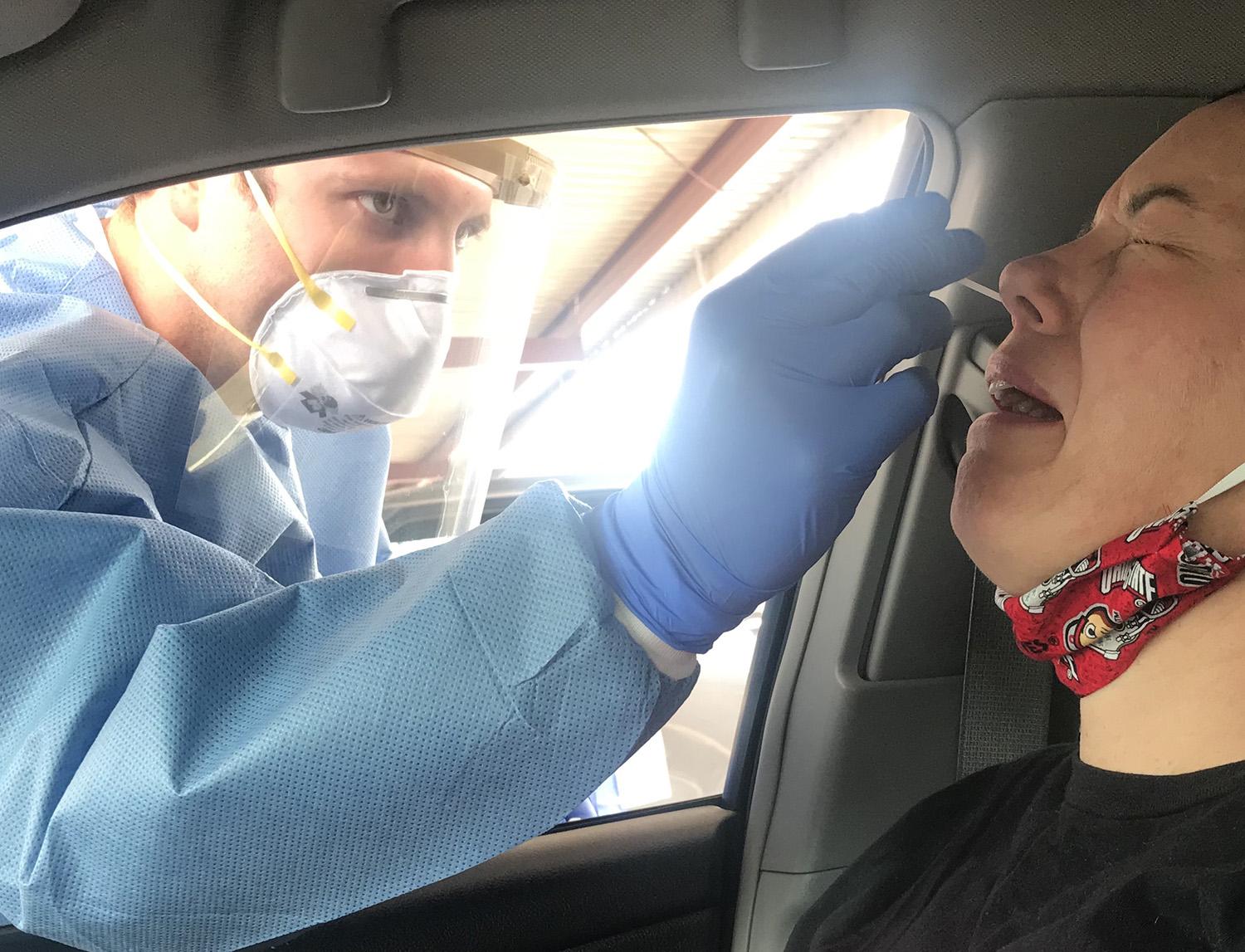 Chad Snow/KJZZ
A nasal-swab test for COVID-19 is administered outside Maready Medical in Mesa on May 9, 2020.

In a SciLine webinar in April, Broadhurst said the variability and the inequality of serology tests on the market may mean a positive test isn’t as reliable.

“The sensitivity of the test is something that we have to give thought to, as well. Antibodies form once you are exposed to the virus. And there is a window period after you've been exposed and developed symptoms until those antibodies develop," Broadhurst said.

Broadhurst’s concerns about serology testing are shared by many experts, including Dr. Claire Standley, an assistant research professor with the Center for Global Health Science and Security and the Department of Microbiology & Immunology at Georgetown University.

She said there are two main problems.

First, serology tests don’t give a good indication of whether a person who has antibodies is still able to transmit the coronavirus.

“Secondly, we know that there’s a range of accuracies with these tests and I’m personally quite concerned that it might give some people a false sense of security if they’re false positive. Or, also, we may be seeing a case where people are restricted even though they have been exposed because of a false negative test," Standley said.

Standley also said false positives rarely occur with nasal swab tests for active virus, but false negatives are a major concern. These can occur by mishandling samples or poor collection technique which must penetrate deep into the nasal cavity.

“Similarly, people’s viral loads do vary over the course of an infection. That means that the amount of virus they will have in their nasal passages may change over time naturally which means that depending on when they’re sampled, they may get a negative result even though they’re still infected with the virus,” she said. The Journal of Clinical Virology has published online a comparison of RT-PCR kits.

Recently, the Food and Drug Administration gave emergency authorization for yet a third test that can be done in a doctor's office. This method tests for antigens, or toxins, in the blood which have prompted a person's immune system to respond.

“The good thing is it’s a really quick turnaround. It’s less invasive, so it’s not that big, long swab you’ve seen on television for the PCR test,” according to Arizona’s former health director Will Humble who cautioned there’s a caveat.

“It does have a fair number of false negatives which means if someone has symptoms in the doctor’s office and they take this initial antigen test first, and it shows negative, but there’s other symptoms, then the doctor might follow up with that longer nasopharyngeal swab,” he said.

In April, President Robert Robbins announced a partnership with the state to provide testing for healthcare workers and first-responders.

The state is extending its nasal swab testing blitz on Saturdays through May 30. The cost for this blitz is unknown at this time, though KJZZ has requested those figures.

As business owners juggle the economic sense of opening their doors in the wake of Gov.  Doug Ducey’s expired stay-at-home order, for those who don’t qualify for free testing, costs for nasal swab, serology and antigen tests vary.