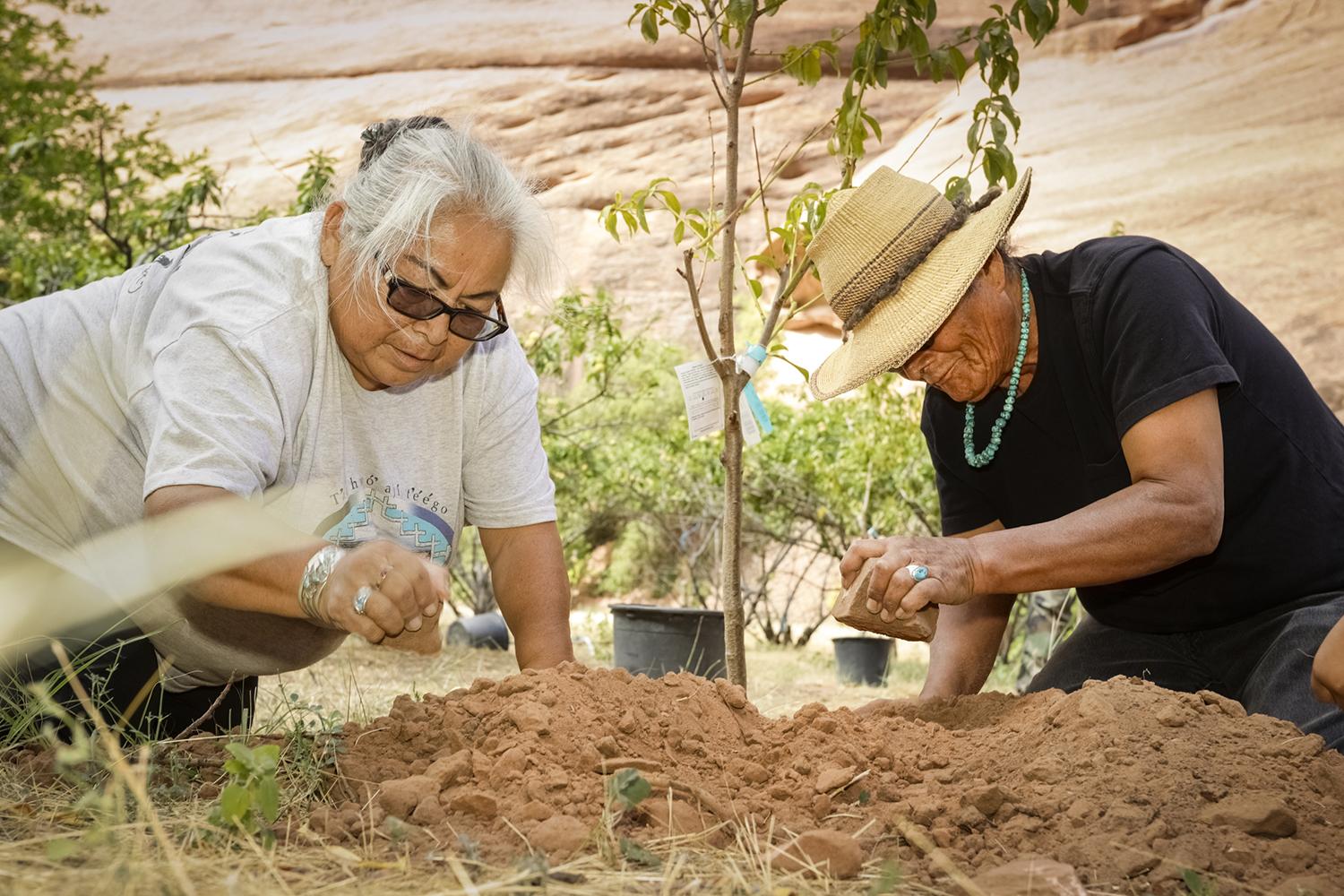 Julien McRoberts/Arizona Highways
Sylvia Watchman and Ron Garnanez break up clods of dirt as they prepare to plant a young peach tree at the bottom of the canyon.

Let’s take a trip between the sandstone walls of Canyon de Chelly in northern Arizona, home of Spider Rock, the remains of ancient villages — and peaches.

Kelly Vaughn is a senior editor for Arizona Highways magazine, and she met the Navajo people who still tend to the peach trees that have survived in the canyon for hundreds of years — and have seemingly been shaped by their unusual home.

The Show caught up with Vaughn to talk more about her piece and the long history behind peaches in this unlikely place.