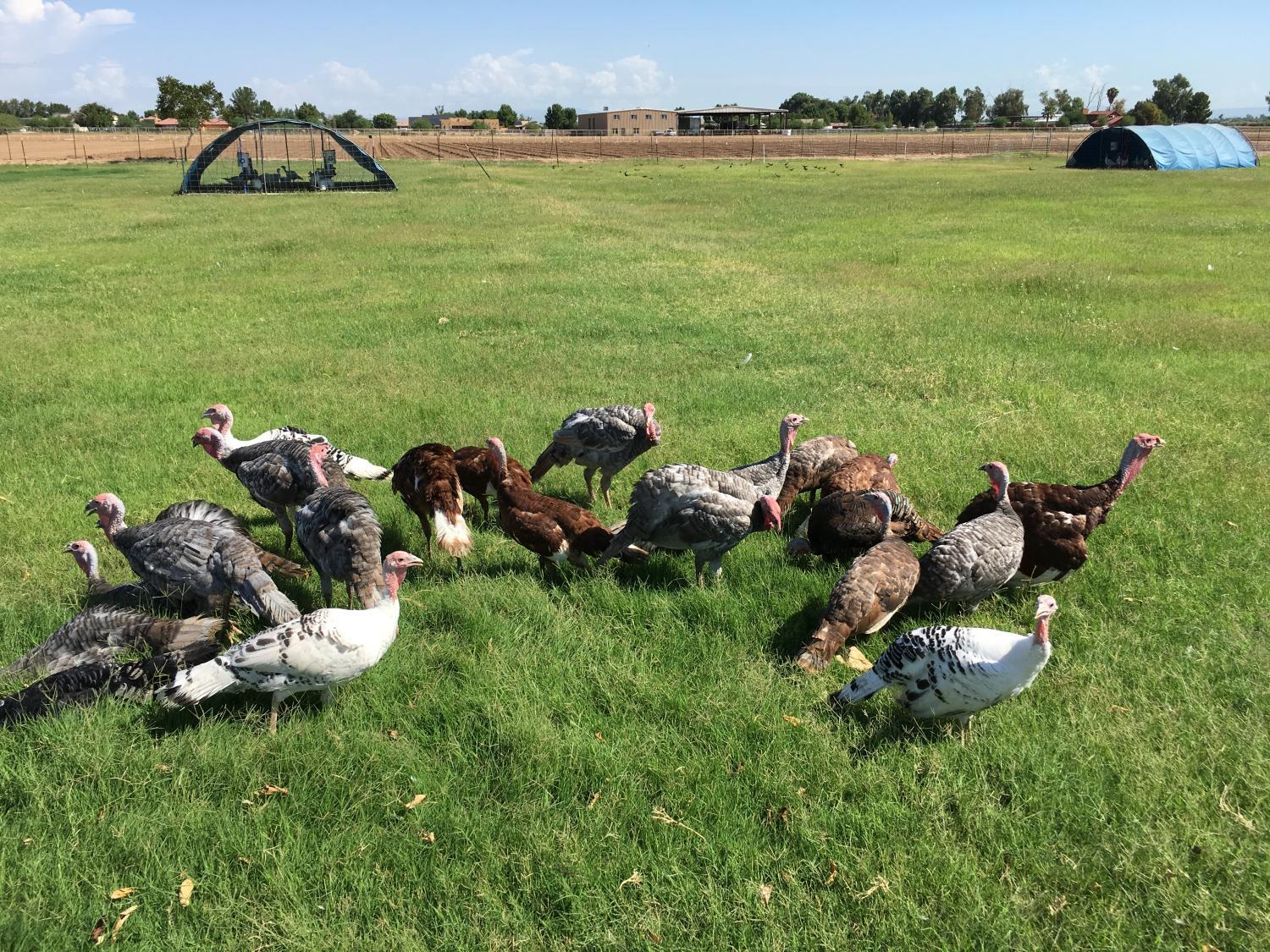 Blue Goose Farms
Turkeys are grazing on grass at Blue Goose Farms in Prescott Valley. The farm's co-owner Tim says he has not been able to keep up with the demand he's receiving from customers during the coronavirus pandemic.

The coronavirus pandemic has disrupted the country’s food supply in many ways. Several outbreaks have been reported in meat packing plants across the country. In Arizona, one poultry farmer is already facing new challenges due to the pandemic and fears more could come. But the crisis is also creating new opportunities for small poultry farms and consumers.

Dave Jordan is unsure what this pandemic will mean for his farm’s future. He started his career as a poultry farmer after the Great Recession. Prior to that, he had been working as an auto technician for 28 years until he was laid off in 2010.

That’s when he decided to turn his chicken hobby into a full-time job.

Dave Jordan
Dave Jordan is the owner of Two Wash Ranch in New River. He said he's had a hard time finding N95 masks during the coronavirus pandemic to protect himself and his workers from poultry dust and worries about the Postal Service's future.

Today the 54-year-old owns Two Wash Ranch. It’s a 5-acre poultry farm in New River, north of Phoenix, where he raises chickens for meat and eggs.

“It’s been quite a wild ride,” he said. “We went just from a handful of chickens, plucking by hand with a pot of water for scalding to doing 20,000 birds a year.”

For years, Jordan has worked hard to pay off all of his farm-related debts but now the coronavirus pandemic could lead to another economic downturn that could set back his progress. One thing that worries is Jordan whether the Postal Service that he relies on to order baby chicks from an Iowa hatchery will go bankrupt. Jordan doesn’t hatch his own chicks because the process is highly specialized.

“If we lose the Postal Service, we are out of business because FedEx and UPS won’t ship live animals, so we would have to figure out how to become a hatchery as well,” he said.

Bird Shippers of America, a coalition of poultry-related businesses and individuals, started a petition earlier this month in support of the U.S. Postal Service asking the Trump administration to support the agency, which is set to run out of money in September.

Another struggle Jordan’s facing is not being able to find N95 masks to protect himself and his workers from poultry dust because they are in high demand.

There’s also the threat of contracting COVID-19. The disease has already stressed the national food chain with several outbreaks reported at poultry and pork processing plants across the country. 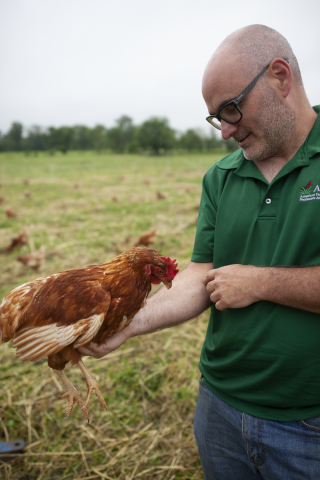 “We are so consolidated that when one or two things go wrong, it just causes a major disruptions through the food system, and you have probably one of the worse PR examples that you can possibly ever imagine of poultry companies euthanizing farms full of chicken while simultaneously warning that there’s going to be a supply shortage in the grocery store,” Badger said.

But he has noticed a silver lining in all of this. More people are now starting to turn to smaller, independent poultry producers.

Out in Prescott Valley, Blue Goose Farms co-owner Tim said his phone has not stopped ringing during this pandemic. KJZZ is not using Tim’s last name for privacy reasons.

But the demand came at a bad time. Tim and his wife moved their operation from a small plot in Surprise to a 10-acre plot in the Prescott area in January and are still settling in. It’s also just the two of them processing the chickens.

“Everybody wants everything, and I can’t produce enough of it. It’s kind of frustrating,” Tim said. 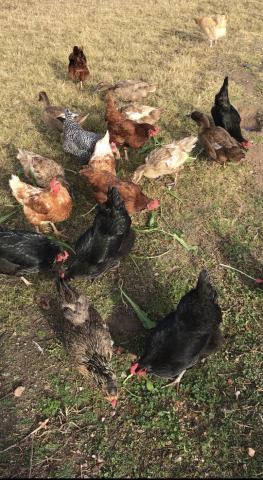 The flip side to this coin is farmers who also rely on restaurant sales like Dave Jordan, Badger said.

Although some restaurants stayed open during the pandemic offering drive-thru and pick up services, Jordan said the demand isn’t what it used to be. He’s not sure what will happen now that restaurants are able to offer dine-in services again.

“Because of the social distancing, their capacity inside the restaurant is going to be cut, can they survive on less people and will people willing to venture to go out to restaurants?” Jordan asked himself. “I don’t know. I don’t know. For now, I guess I’m just living week by week.”

Another question Badger and Tim have is if the demand for smaller farmers will continue after the pandemic is over and the food system restabilizes.

“I hope people realize that being dependent on a large-scale food system isn’t the best thing to do,” Tim said. “I think the push from (the U.S. Department of Agriculture) and large scale farms is that bigger is better. And I would completely disagree with that. I don’t think the future of farming is one 100-acre farm. I think it’s 100 one-acre farms.

Tim hopes the lesson will stick with consumers long after the pandemic is over.