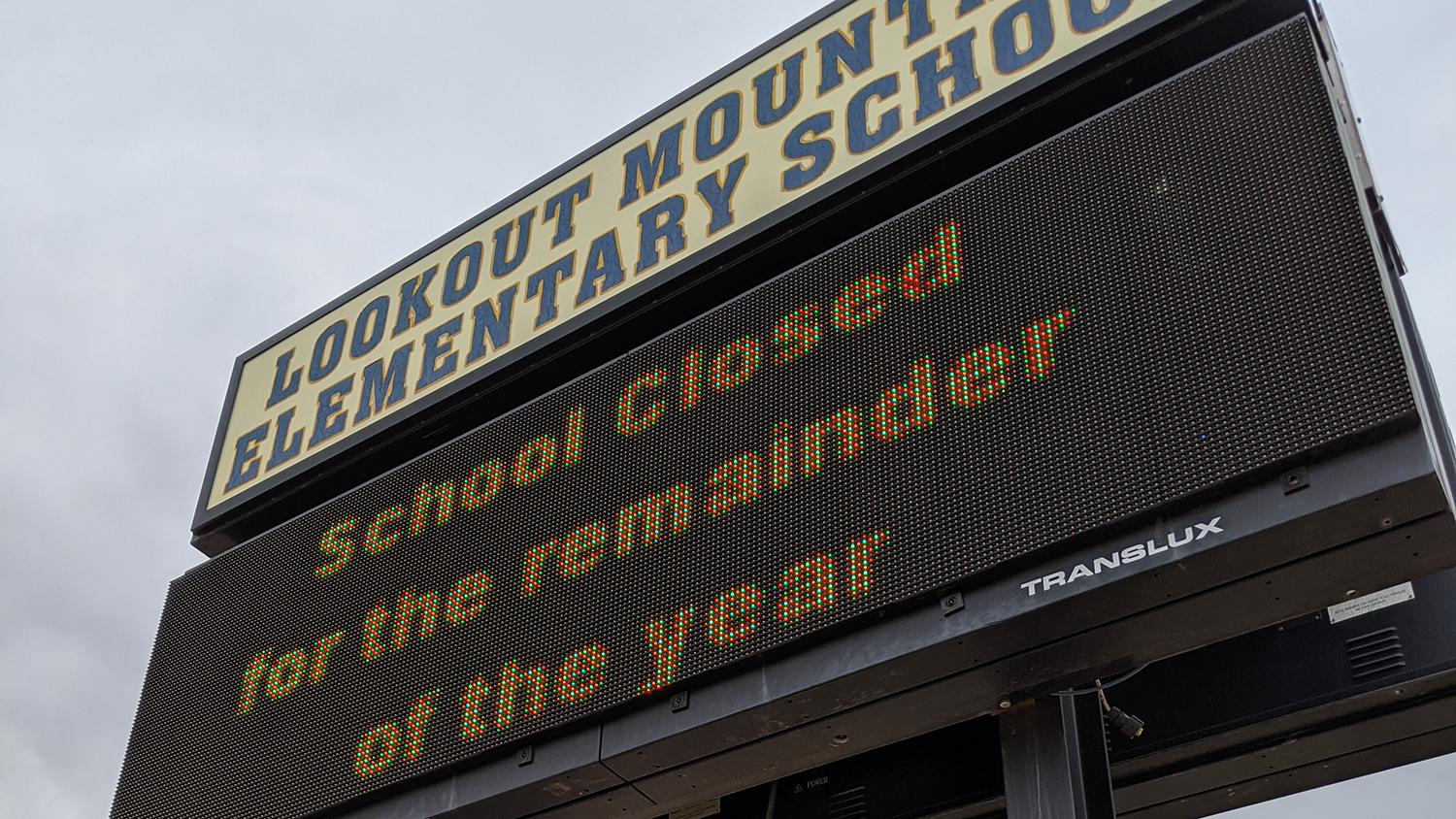 The interruption of the school year will cause more disruption than just having kids learn from home. Arizona school funding and ranking is in jeopardy, and faculties across the state are forced to plan for two realities as the fall opening remains uncertain.

Planning is by no means universal. Teachers and administrators from across Arizona school districts, charters and private schools are coming up with their own preliminary plans, but some are more concrete than others — and some teachers remain in the dark.

Derek Born, the president of the Flagstaff Education Association in the Flagstaff Unified School District, says the priority of the administration remains to be focused on finishing the online school year and plans for summer school.

“The superintendent did mention that basically everything is on the table. And we’re just looking at some of the other countries, and the other states that have issued plans for how to safely have school again," Born said.

Some of the proposals include having a hybrid system where students would alternate being in school and online to keep class sizes small.

“Obviously fully online has to be a possibility for consideration as well because we don’t know when the second wave will strike,” Born said.

Emily Zappa, the head of Desert Jewish Academy private school, says they were already utilizing Google Classroom and online learning before the shut down, and so multiple plans have been made.

“If it’s in person, you know, business as usual, if it is not or if we have to start with a virtual school year and then move towards coming back in person, we are ready to go,” Zappa said.

But some places like the Tucson Unified School district, teachers are left in the dark. For David Richter, a special education teacher for sixth through eighth grade, that can be a real problem.

“For my students there will be a great deal of reteaching and reintroducing material, even more so than what we’re used to in special education because of the extended time off," Richter said.

Richter also says the students at his school will be moving on to the next grade level as usual but they will be a quarter behind.

“There’s been some discussion because of losing the fourth quarter of school that basically the first quarter of next year will be used to teach fourth quarter standards from this year so basically everybody’s going to be a quarter behind at that point," Richter said.

But there are no concrete plans. However students will be able to keep their school laptops over the summer, a plan that Richter thinks means a virtual fall.

Another special education teacher, this time at a charter school, also feels left in the dark. Robert Abreu teaches fifth-graders at Legacy Traditional Schools and he says as it stands, online instruction is not a great system.

“A lot of teachers are going through depression because we’re not able to have those normal interactions without our kids. It’s like a parent losing custody of their kids," Abreu said.

"A lot of teachers are going through depression because we’re not able to have those normal interactions without our kids. "
— Robert Abreu, teacher at Legacy Traditional Schools

Abreu says another problem: annual standardized testing was cancelled for this year.

“We haven’t taken the AzMERIT, so we haven’t taken standardized tests this year which really questions our funding and out of school rating," Abreu said.

And budget problems still loom. The state Legislature has secured funding by waiving the attendance requirement for the rest of this school year. But Jessica Makowske, who will become the school director of Western School of Science and Technology on July 1, says even though it’s waived now, the future is yet to be determined.

“And so just thinking about that as a funding strategy, if we don’t go back how would we then track attendance and what would that look like for continued funding?" Makowske said.

Arizona Superintendent of Public Instruction Kathy Hoffman told KJZZ’s The Show that they are creating a task force to work on plans for next school year. They convened for the first time on May 1, and they plan to have a framework for how schools can reopen — either online, in-person or blended — available by the end of May.

But for now, school faculty continue to miss their interactions with students and Makowske says she thinks about them all the time.

“We can’t wait to see them again," said Makowske.